Legislation Intends to Keep Tobacco Away from Minors

The bill would allow Oregon State Police to hire reserve retired police officers and enforce stare laws banning the sale of tobacco to anyone under age 18
By:
Joanne Scharer

February 24, 2012 -- It’s against the law in Oregon to sell tobacco products to minors, a law that hasn’t been enforced since 2009. House Bill 4172, sponsored by the House Rules Committee and championed by Reps. Carolyn Tomei (D-Milwaukie) and Andy Olson (R-Albany), aims to change that.

The legislation would create the State Police Tobacco Law Enforcement Fund, separate from the general fund, that the Oregon State Police would use to hire active reserve retired state police officers to keep tobacco products out of the hands of minors.

“This issue is very important to me having worked with children and families for so many years,” Tomei said. “It’s important to me to lessen the availability (of tobacco) to kids.” 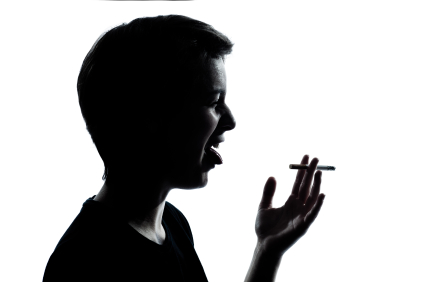 Agents with the Department of Human Services/Oregon Health Authority have conducted statewide stings of retailers, and can only collect information on which stores sell tobacco to minors. The agency lacks the authority to issue citations. In other words, Oregon’s tobacco laws as related to minors have no teeth.

A recent investigation showed that 19 percent of the time minors were able to successfully buy tobacco in Oregon, a rate that threatens federal funding.

“Seven million (dollars) that we currently receive is in jeopardy if we can’t keep our retail-sales-to-minors rate under 20 percent,” Tomei explained. “We’re dangerously close to that limit.”

Oregon receives federal dollars from the Substance Abuse Prevention and Treatment Block Grant Program, a program that requires the enforcement of the age restrictions on the sale of tobacco.

According to Colleen Hermann-Franzen, advocacy and outreach manager of the American Lung Association in Oregon, there’s a correlation between lack of enforcement and a steady increase in youth tobacco use in Oregon.

“House Bill 4172 is the solution,” Hermann-Franzen testified at a public hearing earlier this month. “This bill will reinstate an effective program, and it will also send a strong message to retailers that they are breaking the law, and that we take those laws seriously.”

Brett Hamilton, executive director of the Tobacco-Free Coalition of Oregon, agreed. "Oregon currently doesn’t effectively enforce state laws that ban the tobacco sales to youth,” Hamilton said. “The Tobacco-Free Coalition of Oregon supports HB 4172 as one step in the process of reducing tobacco use among Oregon’s youth. For many young people, that first cigarette or use of smokeless tobacco will lead to a lifetime of addiction, and for many, serious disease. More than 80 percent of adult smokers begin smoking before 18 years of age. Failing to enforce minimum-age laws not only wastes a constructive opportunity to reduce youth smoking but also tells kids that the laws need not be taken seriously – which undermines other tobacco-reduction efforts in the media, schools and communities."

While everyone appears to agree that reducing the availability of tobacco products to minors is a worthy goal, not everyone agreed that House Bill 4172, as originally drafted, was the way to go about it.

At a public hearing February 16, Rep. Tim Freeman (R-Roseburg), the owner Freeman’s Garden Valley Shell service station in Roseburg, expressed concern about the scope of the legislation. “The bill allows for a broader scope than what the testimony was about,” he observed.

Freeman was referring to the language that originally read, “…to enforce the laws of this state concerning tobacco products.” This made the legislation more inclusive than just tobacco products as related to minors.

The Oregon Neighborhood Store Association had the same concern. According to Richard Kosesan, its lobbyist, the association supports the general concept behind the bill, but believes its focus should be narrowed.

At a House Rules Committee work session on February 21, the committee included “dash-three” amendments that dealt with Freeman’s concerns and changed the original broader language to focus only on “enforcing laws designed to discourage the use of tobacco products by persons under 18 years of age.”

“There has been a number of folks who have done some hard work with this (bill) over the last few days and the Oregon Health Authority as well as folks representing the tobacco industry have come to an agreement on language we now have that would be very effective with what we really want to do overall,” said Rep. Andy Olson (R-Albany).

“I appreciate the efforts of everybody to work on this amendment which really does truly reflect what the people who came and testified about this bill wanted.” Freeman commented. “This is really going to do exactly as the testimony given asked for. I really like when the intent of the bill and the bill match.”

According to the Legislative Fiscal Office, for the 2011-13 biennium, the Oregon Health Authority identified approximately $200,000, a one-time funding source, to implement this program.