Lawmakers Take Up Vaccine Exemption Bill As Opponents Rally Against It 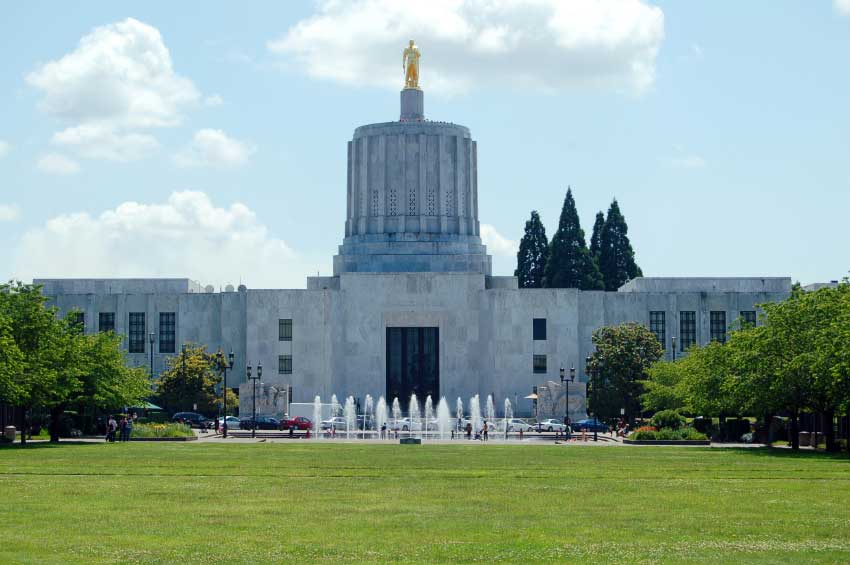 A hearing has been set this week for the controversial bill eliminating non-medical vaccine exemptions for school-aged children.

Lawmakers are set to discuss House Bill 3063 on Wednesday in a public hearing of the Ways and Means Joint Subcommittee on Human Services, the committee announced Monday morning,

Supporters and opponents of the bill, and even some of its chief sponsors, have been left to guess when HB 3063 would be taken up since it passed out of the House Committee on Health Care in mid-March. The Ways and Means hearing would precede a committee vote that, if passed, would send the bill to a vote in the full House of Representatives, then over to the Senate.

HB 3063 would do away with non-medical exemptions to vaccines for children attending public or private school. Supporters say the bill is necessary to protect the public against preventable illnesses like measles, which sickened more than 70 children in Clark County. A Washington state bill to remove personal belief exemptions for measles, mumps and rubella vaccinations passed the state Senate last week.

An even bigger measles outbreak has hit New York, infecting more than 500 people, mostly children. The highly contagious disease, declared eradicated by the Centers for Disease Control and Prevention in 2000, has seen a resurgence in recent years with a growing fear of vaccinations among some parents.

Oregon has the highest rate nationwide of children without one or more vaccines due to a non-medical exemption -- 7.5 percent in 2018. Their parents are often passionately opposed to the standard CDC vaccine schedule, worrying that their children could suffer harm.

Opponents to the bill rallied in Salem in March, and they’re set to do so again outside the Oregon State Capitol on Tuesday. Besides claiming medical risks from vaccines, opponents say forcing parents to vaccinate their children removes their right to informed consent and amounts to government overreach.

Lawmakers have proposed several amendments to the bill meant to address some of those concerns. An amendment placed in the bill by chief co-sponsor Rep. Cheri Helt, R-Bend, would allow unvaccinated children to attend online schools, narrow the bill to cover only currently required vaccines and delay the bill's effective date until August 2020.

"One of the concerns that was brought forward by people opposed to the bill was that they were worried this could be used as an open door to put any vaccine into policy," Helt told The Lund Report, noting that the amendment would still require each of the vaccines outlined over the past decade in the Centers for Disease Control and Prevention's schedule for children and adolescents.

On Monday, Sen. Elizabeth Steiner Hayward, D-Beaverton, co-chair of the full Joint Committee on Ways and Means and a physician, introduced two amendments of her own that appear to soften some of the language barring children with a restricted disease from school grounds, while establishing an outreach and implementation plan for the stricter immunization requirements.

The amendments would also require annual reviews of medical exemptions granted on behalf of children. That would become the only avenue for such exemptions under HB 3063. This step could potentially allow licensed health care practitioners to submit medical exemptions directly to schools, instead of through a local health department as is required under current law – an effort at a compromise Steiner Hayward first brought up last month.

Steiner Hayward didn't respond to multiple requests for comment about her proposed amendments.

Helt expressed confidence that any changes made by Steiner Hayward – who, as co-chair of the Joint Committee on Ways and Means, has wider leeway than most lawmakers to propose amendments – wouldn't create a loophole for parents to evade the stricter vaccination requirements.

"I have the utmost confidence in Sen. Steiner Hayward's ability to make sure that this amendment will make (exemptions) accessible for families while protecting the integrity of the bill," Helt said.