Sen. Alan Bates plans to meet with Gov. Kate Brown as a controversy has erupted over the revised 2015 payments to coordinated care organizations that cut the Medicaid program rather than give the organizations the 3.4 percent increase promised. The state’s order to FamilyCare that it return 9 percent of its current revenues -- $55 million -- would wipe out its profit for the year, and put it on rocky footing going forward. Rep. Mitch Greenlick agreed with some of the calculations but argued that the rates for the Medicaid expansion were more arbitrary and could threaten the CCOs’ ability to innovate and transform the delivery system.
By:
Chris Gray 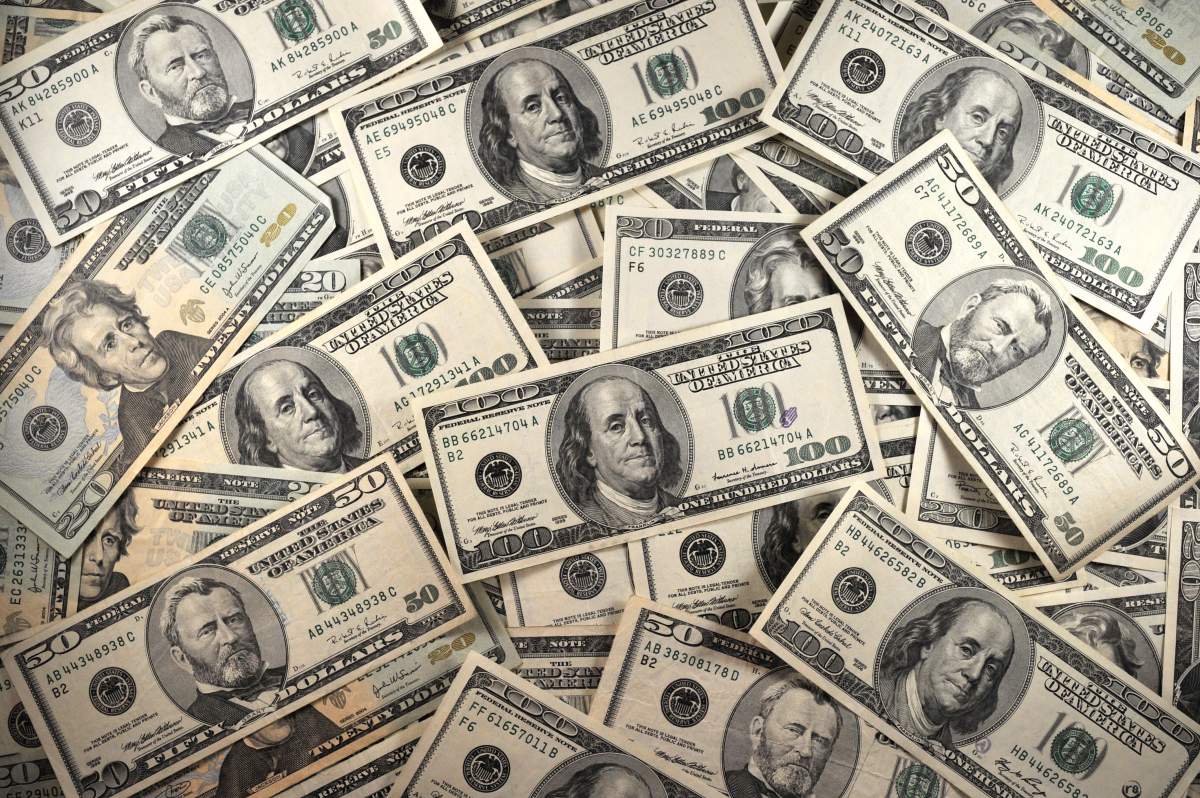 The biggest hurt is being felt by the Portland-area CCO, FamilyCare, which has been ordered to pay the state back $55 million -- 9 percent of its total revenues for 2015 -- but as a result of its 2015 mid-year, recalculation of its rates, the state has also reneged on the money it paid to four others, including Umpqua Health Alliance and Jackson Care Connect, both in Southern Oregon, telling them to pay back $13.6 million and $10.5 million, respectively.

Legislators had been sold a Medicaid transformation plan that gave Oregon a global budget that increased by 3.4 percent a year. Instead, they learned that the Oregon Health Authority has pitched revised 2015 rates that not only do not include a 3.4 percent increase, the overall rates are 0.8 percent lower than 2014. Rather than having more money to reinvest on intangible services that can transform the system, the Medicaid program is being cut.

At the same time, within that reduced state Medicaid budget, the health authority arbitrarily assigned some of the rates not on risk but on self-reported costs, raising the possibility that they are rewarding the inefficent CCOs that have not done as good of job of controlling costs and have overpaid hospitals and other providers.

News of the “clawback” and details of the new rate calculation went over like a lead balloon at legislative hearings in Salem this week before committees that oversee the state health budget and state health policy.

“We [the state] not only corrected the new rates prospectively, we corrected it retrospectively, which is both unprecedented and unbusinesslike and frankly, untenable,” said Rep. Bill Kennemer, R-Canby.

“You expect [FamilyCare] to write you a check of $55 million because you didn’t give them the right rates at the beginning of the year?” Rep. Mitch Greenlick, D-Portland, the chairman of the House Health Committee, asked OHA Director Lynne Saxton.

Legislators from both parties and two separate leadership posts criticized the Oregon Health Authority’s demands that newly released rates be retroactive to January, that CCOs return millions of dollars for “overpayment,” and that some of the new rates be based on a controversial accounting method that may jeopardize the Medicaid transformation.

To make matters worse, in Greenlick’s opinion, was that the Health Authority was asking the six CCOs to pay the state back based on rate calculations for that portion of the Medicaid population where the state used less actuarially sound methods -- the Medicaid expansion population, who came into the system from the Affordable Care Act..

The Health Authority and Optumas used a risk-based payment model for the traditional Medicaid population, but Optumas consultant Zach Aters said they abandoned such a model for the new population because of a shortage of claims data. At the same time, the federal government made clear that Oregon must take into account emerging data from the new members. But without an accurate read on the chronic health diagnoses of individuals in the new population, the state and Optumas fell back on reported costs.

“I was satisfied with your risk tool then found out you’re not using it for a third of the population,” Greenlick said. “I do not believe that what you’re using now is going where we can have system transformation. … I don’t think it’s a fair game at all.”

For the rates to be legitimate, Greenlick said the state would need to start mixing in the actual risk data it has with the reported costs.

Paying for Reported Costs, Not Risk

Essentially, FamilyCare is being ordered to repay the state because it reported per-member costs that were much lower than its rival CCO, Health Share of Oregon, which does not have to return any money.

Because the Authority is basing its rates for the expansion population not on risk but on the simple, self-reported costs of the CCOs, the agency has removed much of the incentive to transform care away from a traditional payment-for-procedure model or invest in primary care. If a CCO has high costs because of high emergency room utilization or excessive hospital fees, than it will be paid more than CCOs who have successfully steered members into primary care, particularly for patients with chronic conditions.

Furthermore, Lori Coyner, the health analytics director of the Oregon Health Authority, told the committee that the 2016 rates -- to be released next week -- would be based on the same methodology as these revised 2015 rates, meaning that the state will not base the CCO’s rates on actual risk until 2017.

Aters explained that the calculations for the ACA expansion, as well as the traditional Medicaid system, did include costs for pent-up demand and innovation at the two CCOs as well as costs.

State officials said the state reset the rates for 2015 because the original rates came under scrutiny from both CCOs and the Centers for Medicare and Medicaid Systems. The 2014 rates had been set with limited actuarial soundness, particularly for the ACA expansion population, which were set without data and were clearly flawed -- CCOs received nearly as much money for younger adults in 2014 as they did for older ones.

The problems with the 2014 and initial 2015 rates -- which were borne of a dysfunctional process and revealed to the CCOs just a week before the new year -- made it clear that CMS would reject the initial 2015 rates, according to Coyner.

“They changed the rules,” said Saxton, referring to CMS and noting that Medicaid for the expansion population is paid for entirely by the federal government. “They’ve stood up the largest social program in this country since Social Security, and they’ve had a few things come up.”

Coyner explained to Senate lawmakers Tuesday in the second day of hearings that CMS officials told them they would only certify one set of actuarial figures -- the revised ones -- which led the state to make the rates retroactive.

Bates to Meet with Brown

In a private meeting on Tuesday, Bates told The Lund Report that he was unsure if the rates now proposed by the health authority would stand. Although his role as a lawmaker limits his authority over the executive branch of government, Bates said he was reviewing the rate process with the legislative fiscal office and is scheduled to meet with Gov. Kate Brown on Wednesday before leaving Salem. He said he hoped that CMS officials would be available at that meeting.

He questioned the logic of cutting $100 million from the system, since Oregon’s special 2012 Medicaid transformation waiver both limited and guaranteed them a medical inflation rate of 3.4 percent. “Why are we sending money back to the feds instead of reinvesting those savings in the overall system?”

Bates, an osteopathic physician, said that CCOs that have cost savings from more effectively providing healthcare for their members should not only be punished but rewarded, with the net revenues plowed back into the community in the form of intangible social services and even housing to meet the special needs of the Medicaid population. If someone’s living on the streets, they are inherently going to have worse health outcomes and higher medical costs than they would in stable housing.

He faulted the health authority for not resolving the issue at a lower level before it blew up at legislative hearings, but he felt Optumas, the Arizona actuarial consultant hired to set the rates, did an honest job. “The question is, were they given the right numbers?” Bates said.

Ironically, one of the chief critics of the initial 2015 rates was FamilyCare, which not only came out worse with the revised rates, it currently is set to receive the absolute lowest rates in the state.

FamilyCare CEO Jeff Heatherington told The Lund Report that the rates for the expansion population were based on even flimsier grounds than paying CCOs for whatever they reported, including higher payments for those still overutilizing expensive services at ERs or hospitals. He said that Health Share’s actual costs per member for the expansion population would be indeed about the same as FamilyCare’s costs, but since his competitor passes the responsibility for its members onto its four partner organizations -- Providence Health & Services, Tuality Healthcare, Kaiser Permanente and CareOregon -- those organizations get to keep some of their net revenues, which get counted as costs to Health Share, even though they are effectively profits for the member organizations.

“We’re paying for medical services in our costs,” Heatherington said. “Health Share included in the costs all the pass-through profits paid to its related entities. That’s why their costs are higher than ours.” Health Share will receive an average of $73 per member more than FamilyCare.

Greenlick lamented that FamilyCare had sued the state over an earlier rate dispute, arguing it tied the organization’s hands to maneuver the current crisis outside of the courtroom. The prospect of litigation also likely worsened the state’s ability and willingness to cooperate with FamilyCare over its objections with the actuarial process.

Heatherington told The Lund Report that he did not regret filing the lawsuit, however, even as he said he was told Gov. Brown will not meet with him as a result of the litigation. “We filed the lawsuit because we weren’t getting any information from the state.”

The FamilyCare leader showed lawmakers and The Lund Report evidence that the state had refused to hand over public documents, citing trade secrets.

Brown's spokeswoman Kristen Grainger would not speak to Heatherington's request specifically, but noted: "It is true that the governor’s legal counsel generally advises against the governor meeting with parties to litigation against the state."

Other CCOs, conversely, seemed to delight in the rate revision process and praised the health authority for its cooperative staff. Notably, these CCOs each had their rates boosted as a result of the revision.

“It was a painfully transparent process,” said Tayo Akins, the CEO of Cascade Health Alliance in Klamath Falls, which saw some of the biggest increases in payment.

Sean Jessup, the director of Medicaid programs at Moda Health, which manages the Eastern Oregon CCO, said the state’s actuaries revised Moda’s rates upward after considering that the CCO has only small, critical-access hospitals in its district and that most patients have to be sent out-of-state to Boise, Idaho, or the Pasco, Wash., area for complex care.