Dr. Ralph Prows has until Monday morning to accept Cali's decision, otherwise his health plan will lose access to the health insurance exchange.
By:
Diane Lund-Muzikant 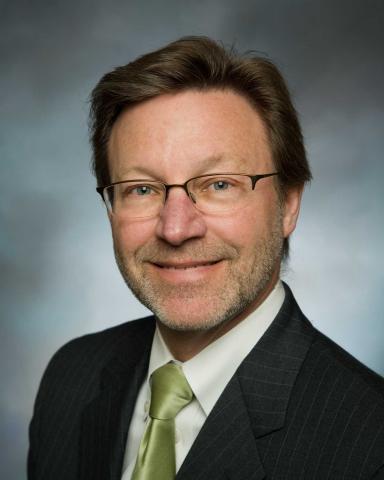 Late Thursday afternoon Laura Cali, the state's insurance commissioner, notified Dr. Ralph Prows that she would not meet with him to discuss why she pushed his individual health insurance rates up 14 percent.

Instead Prows, the CEO of the Oregon Health CO-OP was given an ultimatim. He can either agree with Cali's earlier decision to accept a 9.9 percent rate decrease -- and has until 8 a.m. Monday to do so -- or refuse to accept that decision and request an evidentary hearing which could take several months before being scheduled, according to Prows, and would mean the CO-OP would not appear on the health insurance exchange.

The only concession Cali gave Prows was the opportunity to listen to an explanation about that decision -- not have a dialogue.

When reached Thursday evening, Prows told The Lund Report he was extremely disappointed with Cali's final decision and could not understand why she was unwilling to have a forthright discussion.

"I was hoping for a transparent process that would support the consumer instead of being told this was the way it was going to be from their perspective," Prows said. "I truly thought they were going to listen to our point of view so we could reach a mutual understanding and don't understand their basis for their decision. They're pushing our rates up 14 percent more than we think they should be. We're fighting for the consumer and intend to continue to that forever -- that's our DNA."

Regardless of Cali's decision, Prows insisted the CO-OP would remain competitive during the open enrollment which begins Nov. 15, adding that his small group rates are among the lowest in the state.

Dr. Ralph Prows requested a 21 percent decrease for individual rates next year, but Insurance Commissioner Laura Cali only approved a 9.9 percent decrease, saying her overriding concern was the solvency of insurance companies, and didn’t mention the CO-OP by name.

Based on Cali's final decision, the CO-OP will offer a silver standard plan for $230 a month to a 40-year-old, instead of the requested $174. The CO-OP has about 2,000 members in the individual and small business market after launching operations a year ago.

As it stands now, LifeWise Health Plan of Oregon would offer the lowest rates in the individual marketplace next year -- $222 a month for a 40-year-old, while Moda Health, which had been the lowest up until now is charging $245..

The lower rate requested by the CO-OP had the support of the independent actuarial firm of Milliman, which has spent the past nine months ratcheting down every percentage point of savings, and even looked at the potential morbidity of his individual members along with their medical costs, which was a point of contention by Cali.

“Both reports support our position,” Prows said. “We’ve been working with the best actuaries in the country to come up with this rate reduction. Now the Insurance Division wants to increase our rates, and it makes absolutely no sense to us.  We’ve looked at the science of this and are resolved to push back with everything we have.”

The CO-OP is not investing money in a sports arena, paying exorbitant execu0utive salaries or engaging in new business start-ups, Prows contended. “We’re determined to find every way possible to deliver an affordable product to Oregonians, and won’t stand idly by and allow someone to tell us we need to increase our rates by 14 percent. There’s absolutely no sound reason, and we’re going to prove it.”

Prows told The Lund Report he’s at a loss to understand how the Insurance Division either overlooked or misunderstand the information the CO-OP submitted when responding to their questions and during the face-to-face public hearing.

“We agree that solvency is crucial and ran our numbers out for the next 30 years and know what we’re doing,” he said. “I’m an expert when it comes to medical management. I don’t understand how the Insurance Division could tell us we were wrong. It’s as if Laura Cali is trying to interfere with the free marketplace.”

The Centers for Medicare and Medicaid Services also takes a very close look at the CO-OP’s operations, having loaned them $56 million to get off the ground. Earlier this year Prows submitted details about his business performance to the federal agency, “and they haven’t expressed any concern.”

The Insurance Division also speculated that the CO-OP over-estimated the strength of its medical management but last November, the insurer asked for a similar 14 percent reduction for its small group business which was approved, Prows said. “What we’re proposing now is no different than what we did in November, yet they’re taking a point of view that contradicts their earlier position.”

The CO-OP was also asked by the Division to reduce its medical-loss ratio by 2.6 percent in 2015, the amount of money spent on medical care. But such a position is contrary to state and federal law because the CO-OP would only be spending 77 percent of its premium dollars on medical care rather than 80 percent, and be forced to charge higher premiums which would reduce enrollment and have to rebate that 2.6 percent dollar figure back to its policyholders.

“Obviously that wouldn’t help consumers,” said Prows, who can’t understand why the Insurance Division would want the CO-OP to violate state and federal law.”

If this isn't a strange twist! Commissioner Laura Cali's overriding concern was the solvency of insurance companies? Do you mean the companies competing against Oregon Health CO-OP? Lower premiums and cost-sharing limited to co-pays only (rather than co-insurance) would be dynamite for a member who otherwise has no price tags for services when purchasing premiums! And if the Oregon Insurance Division doesn't trust Milliman on this, why would they ever trust the company for their Cycle III rate review grant? http://www.oregonhealthrates.org/files/project_narrative_update.pdf