Barr, who’s leaving the company Dec. 31, is apparently being forced out by Jared Short, according to sources inside the insurance company.
By:
Diane Lund-Muzikant 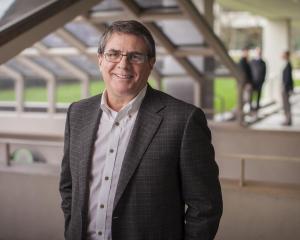 Another high-ranking executive at Cambia Health Solutions is about to bite the dust. Bill Barr, who’s been the CEO of LifeMap Assurance Company since 2011 has announced his departure. Based in Portland, LifeMap sells disability, life insurance, dental and vision plans.

According to sources inside Cambia, Barr didn’t make the decision to leave the company. Instead, it came from none other than Jared Short, who runs Cambia’s four-state insurance division with Regence plans in Idaho, Oregon, Utah and Washington. When asked to comment, Cambia spokesperson Regena Frieden denied Short was involved with Barr’s departure. Cambia is the holding company for the Regence health plans and other entities, some of which are for-profit.

Frieden told The Lund Report that Barr has “successfully led LifeMap through a year of record sales, new partnerships, the positioning of a new brand, and reaffirmation of an excellent AM Best rating,” and has chosen to move on to other opportunities. At LifeMap, Barr was charged with growing the market share of the company in Idaho, Alaska, Oregon, Utah and Washington, according to an earlier statement by Mark Ganz, president of Cambia.

Two years ago Barr traded places with Short following a coup attempt after the CEO of LifeMap – then known as Regence Life and Health – suddenly left for unknown reasons and two of his staff were forced out -– Janae Sorensen and Nathan Sanow.

When that occurred, in September 2011, those details were revealed by John Morgan, group executive vice president of Direct Care Solutions for what was then known as The Regence Group, in an internal memo sent to employees. Since then, Morgan has also left the company.

After Barr was forced to give up running Regence’s four-state insurance division, he was heralded by Ganz for being a “true entrepreneur with an extensive background in meeting consumers’ insurance needs.  Coupled with his operations experience, Bill is a natural fit to lead the company’s long-term goals for growth. The company has established itself as an innovator, and under Bill’s leadership, this focus will continue.”

Barr’s change in leadership positions also came about for serious problems Regence had been having in Washington state with its computer conversion and delays in claims’ payments, which led to a market conduct study by Mike Kreidler, Washington’s Insurance Commissioner.

No one would reveal what led to the tiff that’s resulting in Barr’s departure, but he’s taken the news graciously, and has even agreed to teach his successor the ropes. To an outsider, that’s why it appears he’s leaving voluntarily.

Beth Andersen, who’s taking over the reins as CEO and president of LifeMap, started Oct. 28, and brings more than 20 years of executive leadership experience, including a stint as president for Aetna’s western region.

Announcing his departure to colleagues last week, Barr told them, “Cambia has been a great fit for me. It has been challenging and exciting to be in the middle of the healthcare marketplace for the last ten years.” As far as his future is concerned, Barr insisted he had no plans to retire. “Many people have asked me about what my next steps might be. I don’t have any specific plans except to take a breather and then begin exploring other opportunities. You notice I haven’t used the word ‘retire’ because this is one thing I know I’m not going to do. I’ve discovered that I’m pretty darn good at this work thing and have a lot of creative energy to drive into another big adventure.”

Barr’s background in the healthcare industry is quite impressive. A founding partner of Maschhoff, Barr & Associates, a pioneer in the development and delivery of Employee Assistant Program services, he and his partner sold the firm to Pierce County Pierce County is the name of five counties in the United States:

Medical Bureau, Inc., a predecessor to the current Regence BlueShield in Washington.

Barr remained with Pierce County Medical after the acquisition and ran the acquired company as a subsidiary. His experience also includes employment as president of Greenspring Health Service's northwest region. Greenspring merged with two other behavioral health companies in 1998 to form Magellan Health Services, while Barr served as senior vice president of Magellan Behavioral Health from 1998 to 2001.

He joined The Regence Group (now known as Cambia Health Solutions) in 2003 as group executive vice president, and serves on the board of directors of the Citizens Crime Commission, Associated Oregon Industries, Marylhurst University and ChristieCare Foundation.