Kitzhaber Joins Experts in Pushing for Coordination on Addiction Epidemic

The former governor joined a drug court judge and others Wednesday morning to discuss Oregon's poor performance on recovery efforts, and how the state can do better.
By:
Courtney Sherwood 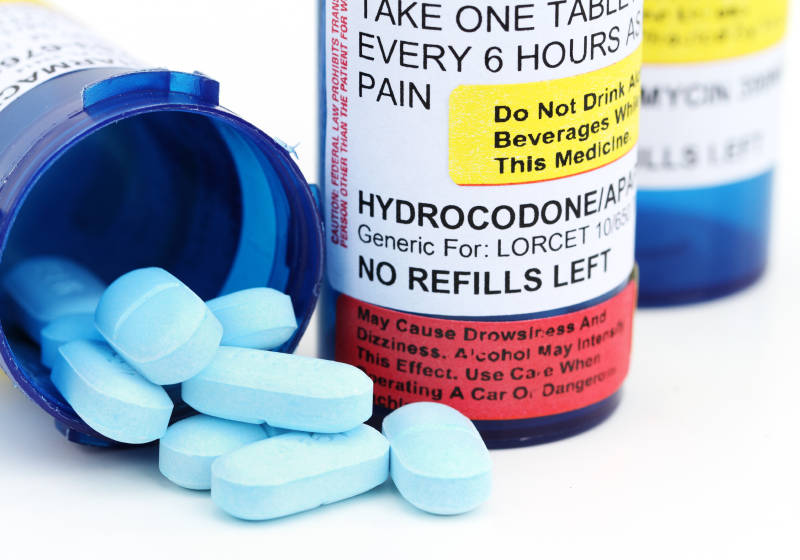 Former Governor John Kitzhaber joined with proponents of a coordinated statewide look at addiction Wednesday, saying that only big thinking and new approaches will allow Oregon to rise from its spot as 49th of the 50 U.S. states plus Washington, D.C., in rankings of addiction and mental health treatment.

“We can’t meet this challenge by simply tweaking the existing system,” Kitzhaber told a crowd of over 200 people who gathered for the Oregon Health Forum’s November breakfast, which brought together state leaders in the field for a panel discussion titled How Can We Fix Oregon’s Addiction Services System?

Bloch launched Wednesday’s conversation by reflecting on his own experiences with drug court programs that seek to help people struggling with addiction avoid a lifetime within the criminal justice system – an effort that faces challenges because the medical system is often unprepared to meet these people’s needs.

He argued that the state’s political leadership does not put enough financial support behind efforts to tackle addiction, and urged state leaders to create a strategic plan to identify gaps in current efforts, and opportunities to do better.

Similar themes were echoed throughout the morning, with panelist Kitzhaber speaking first, advocating passionately for an approach backed by Oregon Recovers.

Highlights from Kitzhaber’s remarks on addiction:

Wednesday morning was busy for Kitzhaber. An hour after the Oregon Health Forum event ended, news emerged that the former governor had admitted to ethics violations and would pay a $1,000 fine related to his fiancée’s professional endeavors when she acted as unpaid advisor to his public office while conducting paid work for businesses that could benefit from her recommendations to state government. But Kitzhaber’s political-career-ending ethics scandal was far from the minds of audience members as he shared his views on addiction policy.

After arguing for changing policy and funding addiction services, Kitzhaber talked tactics. “It’s time to build that broad-based statewide aggressive political constituency,” he said, one of several lines that won applause from the audience.

“The state’s current investment in addiction through our coordinated care organizations .. is about 2 to 3 percent, yet addiction is at the very top of health concerns that Oregon has when we list health concerns where intervention can make a difference,” she said.

But financial incentives are backwards, she said.

Other comments by Wacker:

Solotaroff of Central City Concern spoke next, and argued for the use of both data and the feedback of people in treatment to evaluate the effectiveness of addiction programs.

“Use data to understand what your population is, what your outcomes are, and use that data to drive improvement,” she said. “Robust patient-driven care is customer-driven care. Listen deeply to what your customers are telling you they want, and you respond to that.”

Mike Marshall, cofounder and director of Oregon Recovers, spoke last, outlining an organizational mission that seemed a direct response to the demands of the needs and ideas expressed before his.

Many people ask, “How do we fix the system?” Marshall said. “I would argue there is no system. There is a set of systems that live in the criminal justice word that are probably over-developed and systems in the public health word that are under-developed, and integration does not exist.”

Citing surveys showing 77 percent of Oregon voters say they have somebody in their lives who is “impacted or suffering” addiction, he argued that there’s already the political will for a strategic and coordinated approach to addiction as a chronic disease – voters just need to get organized and exert pressure.

“This is a disease that deserves a continuum of care that is recovery-based, and not just dealing with it on an acute level,” he said, noting that the Oregon Health Authority, state prison officials, education leaders, and other agencies affected by addiction do not interact.

“We do not have a strategic plan to address this issue.”

Oregon Recovers seeks to institute a Recovery Tzar to work with Oregon state agencies to develop an integrated continuum of care, and to put in motion efforts to develop a plan for improving state addiction and recovery efforts for the 2020 legislature.

“We want a system that focuses on prevention, intervention, treatment on-demand, and then recovery support,” Marshall said.

The Oregon Health Forum is the educational wing of The Lund Report.