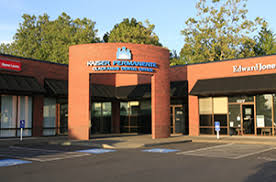 More than 80,000 union-represented clerical and other workers in the Kaiser Permanente system appear on track to lock in solid pay raises and benefit improvements under a tentative labor agreement announced Wednesday by the California-based nonprofit system and a union umbrella group, Coalition of Kaiser Permanente Unions.

Workers are set to vote on the package now through the end of October.

If ratified, the four-year agreement covering 11 unions in seven states and the District of Columbia would avert a strike that had been set to begin Oct. 14.

Management and workers declared they were happy with the deal, which capped five months of talks.

The cost of the agreement to Kaiser is not clear, but the massive health system, a tightly woven network of hospitals, clinics and insurance plans, is financially strong.

Kaiser touted 2017 and 2018 as two of its most profitable years, with net incomes of $3.8 billion and $2.5 billion, respectively. And this year got off to an even faster start: Kaiser reported a whopping $5.2 billion in net income in the first six months of 2019. Kaiser's main revenue source is premiums paid by its growing membership rolls. The company’s model is to gradually build out its network of facilities and steadily bring in more customers to buy Kaiser health insurance and use Kaiser’s facilities.

The profits have boosted Kaiser’s financial reserves. It had $33.6 billion in investments as of June 30, 2018, the latest date for which a number is publicly available.

The previous labor contract between Kaiser and the Coalition of Kaiser Permanente Unions expired June 30. Workers upped the pressure on Kaiser with strike authorization votes this summer and fall.

But workers seem happy not to strike.

“This agreement will allow us to rebuild the worker-management partnership that has been so important to all of us in making Kaiser successful over the last 20 years,” said Georgette Bradford, an ultrasound technologist at Kaiser in Sacramento. “Reaching an agreement was not easy, it had lots of twists and turns, but in the end we accomplished what we set out to do – reach an agreement that is good for patients, workers and our communities.”

Key elements of the deal include:

Kaiser in a statement said the agreement “will position Kaiser Permanente … for a sustainable future as the organization works to make its high-quality integrated care model even more affordable and accessible in all its regions.”

“Kaiser Permanente has an unparalleled track record of working constructively with labor to solve problems together to improve the care and service offered to our members and patients,” Kaiser added. “We may disagree at times, but we have always been able to work through our challenges to align on common goals.”