The announcement was revealed on his Linked In page.
By:
Diane Lund-Muzikant 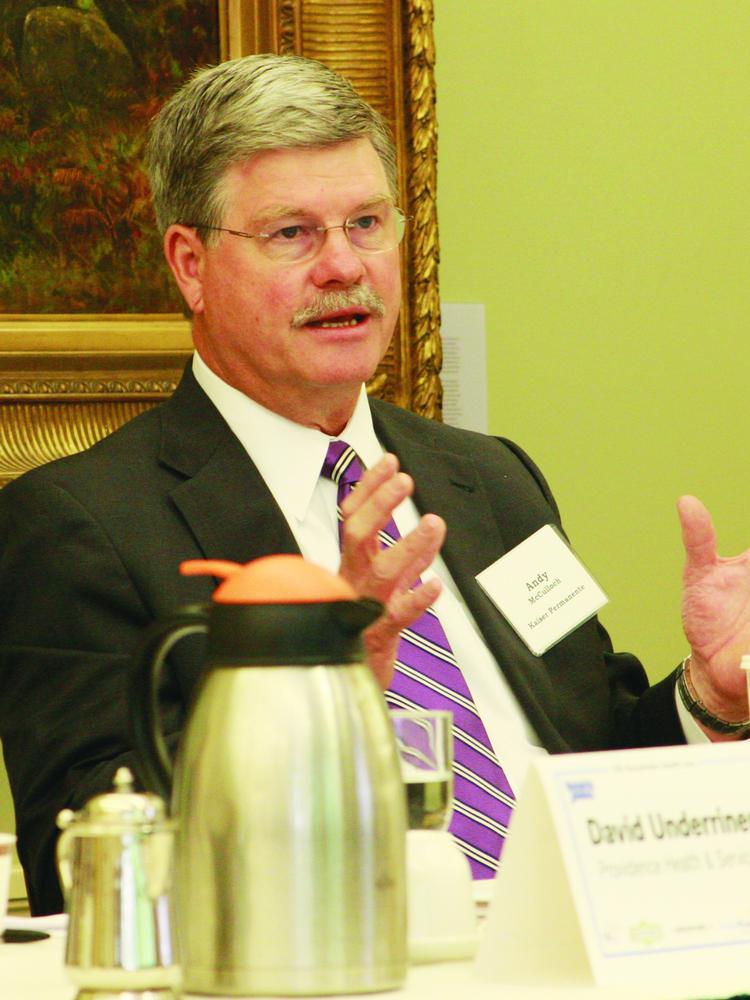 A leading health insurance executive is stepping down. Andrew McCulloch, president of Kaiser Foundation Hospitals and Health Plan of the Northwest, plans to retire in July, informing his employees last Friday and, at the same time, posting an announcement on Linked In. It’s unknown whether a national search will be conducted to replace McCulloch or whether a candidate will be recruited internally. However, McCulloch has told his staff he still wants to be “engaged” in what’s going on, however has shared no details.

Kaiser, which does business in Oregon and Washington, provides medical care to more than 567,000 members including 263,000 dental members.

Over the past decade, Kaiser made more than $1.1 billion in capital investments, opened more than 11 new medical and dental clinics and built the metro area’s first hospital in 40 years, Westside Medical Center.

“With our commitment to setting the bar higher in quality and service, we still managed to deliver a positive financial margin every year since 2007,” according to McCulloch’s announcement.

It’s unknown how much McCulloch earned as the top executive at Kaiser Northwest since the health plan only shares the salaries of its national executives with state officials. In 2015, the last year such salaries are available, Kaiser rewarded its executive vice president and group president Benjamin Chu with a $6 million paycheck, while Bernard Tyson, CEO and president, took home $5.9 million, and eight other executives earned between $1.6 and $2.9 million.

During the last financial reports shared with the Oregon Insurance Division, Kaiser’s profit reached $51.4 million on Sept. 30, 2016, up from $13.7 million net loss in the same period in 2015, and pulled ahead of Regence BlueCross BlueShield which showed a $22.9 million profit.

At the same time, Kaiser also reduced its monthly medical expenditures by 0.5 percent, which reached, on average, $261.48 per member, and reduced its pharmaceutical costs by 4.8 percent, spending $67.59 per member every month,.

In the individual insurance market, it ranked third, behind Providence and Moda health plans, having only 39,470 members.

McCulloch who joined Kaiser in 2006, earlier had been regional vice president of PeaceHealth in Springfield.

“We have been through many changes since I returned to Portland to join Kaiser Permanente Northwest in 2006, including a deep national recession in 2008 and passage of the Affordable Care Act in 2010,” according to his Linked In announcement. “Yet despite these and other challenges, we succeeded beyond our loftiest expectations through our unrelenting focus on our members and patients. Together, we not only weathered the challenges, we worked to achieve unprecedented success for our patients, members, and employees.” Diane can be reached at [email protected].