Rep. Val Hoyle is convening a group of bipartisan legislators to move the tax forward
By:
Diane Lund-Muzikant 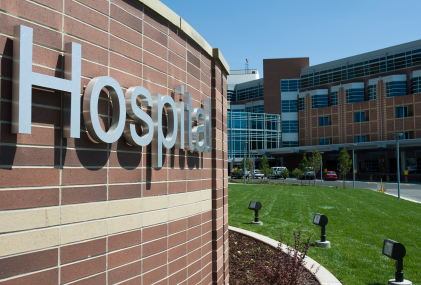 January 24, 2013 -- Legislators are gearing up to renew the hospital provider tax that supports the Oregon Health Plan and is expected to generate about $600 million over the next two years.

State Rep. Val Hoyle (D-Eugene), the House Majority Leader, is convening a group of bipartisan legislators to push the tax forward. They include Reps. Jason Conger (R-Bend), Mitch Greenlick (D-Portland), Tim Freeman (R-Roseburg) and Nancy Nathanson
(D-Eugene). A similar group is being organized in the Senate.
The goal, Hoyle said, is to move the tax forward as “smoothly as possible,” so that it becomes one of the first budgets passed by the House. “This is a very important component of reform,” she added.
The hospital tax is also a top priority of Gov. John Kitzhaber. Unless legislators act, the hospital tax will come to an end this fall. In the past two years it generated $660 million – including federal matching funds – after the tax rate was raised from 2.3 to 4 percent.
Nearly two-thirds of those funds come from the federal government.
For their part, hospitals have always been made whole – once the federal matching funds kick in, they’ve been able to recoup their share of the tax.
Meanwhile, the 6 percent nursing home tax is also expected to be reauthorized by the legislature, but it’s still uncertain how much revenue it will raise.
However, it’s unlikely that the insurance premium tax, which has also supported the Oregon Health Plan, will see the light of day.
Jan 24 2013
News source:
The Lund Report
Keywords:
hospital tax, Rep. Val Hoyle