Hospital Finances: A Look at Salem Health Chains and PeaceHealth

Alan Yordy, president and CEO of PeaceHealth, saw his salary top the million dollar mark in 2011, while Salem Hospital earned a profit of $23.9 million
By:
Courtney Sherwood

March 27, 2013 -- How well are Oregon’s hospitals meeting local needs? Are they making smart decisions about their money? Today, The Lund Report runs the second in a series of stories that is exploring the state of Oregon hospitals. 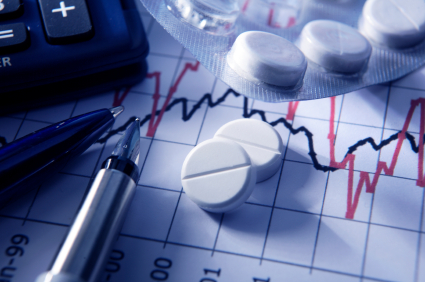 The project begins with a review of the state’s acute care hospitals, 26 in all, known as “diagnosis-related group” (DRG) hospitals in industry jargon. These stories look at profit margins, hospital size and reach, the cost of care, and touch briefly on executive compensation. Click on the Excel spreadsheets that accompany each story for a look at all of the data collected. Part One in the series examined Providence Health Systems. The hospitals reviewed in this series pay taxes, amounting to 4 percent of net revenue, not charged to other healthcare organizations in Oregon. In exchange they receive higher Medicaid reimbursements through the Oregon Health Authority.

After completing its review of hospital facts and figures, The Lund Report will follow up with stories that tackle difficult questions about profits, chief executive officer compensation and the cost of caring for the poor.

Today The Lund Report looks at Oregon hospitals in the PeaceHealth and Salem Health chains.

PeaceHealth operates hospitals and clinics across Alaska, Washington state and Oregon – with two acute-care hospitals in Lane County, Ore. Previously based in Bellevue, Wash., the nonprofit Catholic health group has been expanding in the Portland-metro area, most prominently with its 2011 acquisition of Southwest Washington Medical Center and a decision the same year to move corporate headquarters to Vancouver. System-wide, PeaceHealth reported revenue of $1.64 billion and profit of $112.2 million in fiscal year 2011.

Alan Yordy, president and CEO of PeaceHealth, had official base pay of $705,812 during the nonprofit’s 2010-11 fiscal year, but after adding in bonuses and other sources of income, his compensation was much higher. According to PeaceHealth tax returns, Yordy received $264,254 in bonus and incentive pay. In addition, he received another $30,028 in deferred compensation – usually pay an executive collects later, when his or her tax rates are lower. All told, Yordy’s 2011 compensation was $1,035,403.

PeaceHealth did not report how much it pays its hospital executives, but it did reveal compensation figures for two leaders who help oversee Oregon hospitals and clinics within the chain.

Opened in 2008 and located less than 10 miles from the older University District hospital of the same name, Sacred Heart Medical Center - RiverBend quickly came to house many general hospital services that were moved from its nearby sister.

Salem Health is the organization that officially supports both Salem and West Valley hospitals, but Salem Hospital is the source of most of the parent nonprofit’s revenue and profit. Total revenue across the system was $582.7 million in fiscal year 2011, with a profit of $31.3 million.

Norman Gruber, president and CEO of both Salem Health and Salem Hospital, had official base pay of $719,931 during the nonprofit’s 2010-11 fiscal year. Adding health insurance coverage and other forms of pay, his total compensation climbed to $877,502 – including $89,166 in bonus and incentive pay, and $15,925 in deferred compensation. Just as some of his compensation came in the form of salary promised during the year that would not be paid until later (deferred compensation), Gruber received some money during the fiscal year that was promised earlier and paid out in FY 2011 -- $57,667 in all, which was not included in the “total compensation” figure. Salem Health did not disclose what it paid Robert Brannigan, chief administrative officer in charge of West Valley Hospital, in recent IRS tax filings.

Salem Hospital operates the busiest emergency department in Oregon, and is the third-largest hospital in the state as measured by staffed beds. (Only Providence St. Vincent Medical Center and OHSU are larger.)

West Valley Hospital, with only six staffed beds, is the smallest healthcare organization included in this Lund Report series, and is not a DRG acute-care hospital, unlike the others featured in these stories. Though small, West Valley hosts more outpatient visits each year than two much larger Oregon DRG hospitals (Kaiser Sunnyside and McKenzie-Willamette Medical Center). It also provides emergency department services in Dalles for more than 12,600 people per year.