The Oregon Nurses Association says that state-mandated hospital nurse staffing committees are not being taken seriously. Senate Bill 469 would give committee recommendations the force of law and require the Health Authority to conduct compliance audits every five years.
By:
Chris Gray 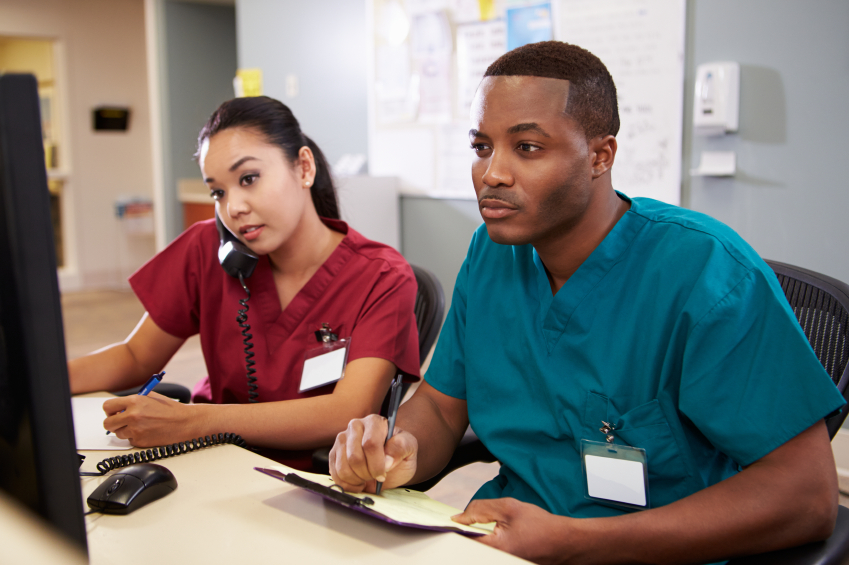 The Oregon Nurses Association laid out its agenda to give teeth to hospital nurse staffing committees on Monday with Senate Bill 469, which gives the recommendations of these labor-management boards the force of law.

The bill is opposed by the Oregon Association of Hospitals and Health Systems.

Each hospital in Oregon is required to have a hospital staffing committee made up of direct-care registered nurses and their managers that meets regularly to discuss staffing needs to best serve patients in each wing of the hospital.

But Susan King, the executive director of the Oregon Nurses Association, said many hospitals were disregarding these recommendations and making decisions based on hospital bottom lines instead of patient safety.

“The staffing plans have been ignored by hospital executives and budget makers,” King told the Senate Health Committee.

In addition to the new powers given the staffing committees, under SB 469, hospitals would face stricter limits on overtime and replacement staff. The committees would need to meet at least quarterly and be open to any workers affected by the plans and any union representatives. The bill also creates a Nurse Staffing Advisory Board within the Oregon Health Authority.

Rep. Rob Nosse, D-Portland, who works as a labor representative for the Nurses Association, said that staffing nurses at adequate levels determines the quality of care nurses can provide.

“Unfortunately, in my experience, staffing decisions are sometimes made outside of the staffing committee because hospital finances loom too large over patient care discussions -- even though the preponderance of this state’s hospitals are not-for-profit and have been financially stable and profitable,” Nosse said.

Nurses’ lobbyist Jack Dempsey told The Lund Report last fall that he’d hoped the hospital association would not fight their legislation, but their representatives came out swinging at the proposal.

Carol Bradley, a nurse manager at Legacy Health, painted the ONA legislation as an attempt to enact California-style quotas which she said have hamstrung Golden State hospitals and denied them the nimbleness to respond to the ever-changing daily environment of medical centers.

“As written, the proposed language in this bill does not provide any material support or improvement to our staffing processes, in fact, it simply adds more bureaucracy that has no real value or impact on how nurse staffing is accomplished in our hospitals,” Bradley said.

“It will cause significant increased costs to our healthcare systems,” said Pam Steinke, a registered nurse and the chief nurse executive at St. Charles Health System in Central Oregon. “This legislation removes the motivation for nurses and nurse managers to come to the table with solutions.”

According to Dempsey, the health authority has complained that it doesn’t have enough funding to conduct the audits.

King said that two hospitals have never been audited, 10 years after the law took effect. SB 469 would require the Oregon Health Authority to audit hospitals once every five years and follow up on complaints within 60 days.

Actually, one of St. Charles’ nurses came to Salem testified in support of SB 469, countering her hospital’s position:

“It is interesting that during holidays when more RNs are added into the staff that our door to nurse and physician times decrease, the average length of stay decreases and those potential patients left without being seen decreases,” said Vikki Hickmann, who framed SB 469 as a way for the healthcare industry to evolve to meet current needs.

In 2009, the Oregon Nurses Association, opposed the efforts of another nurses’ union, AFT-Oregon, to enact California-style strict ratios to ensure that hospitals are adequately staffing their facilities. At the time, the ONA argued that the existing staffing law needed to be given a chance, but now the organization no longer feels it meets current needs.

Dempsey and King disagreed with Bradley’s claim that SB 469 was a covert means to enact  California ratios -- arguing that the legislation was an attempt to avoid such a heavy-handed approach. Under SB 469, the staffing committees of each hospital, not the state, will be responsible for setting appropriate levels in different parts of the hospital, which could vary based on acuity.

“The staffing committee isn’t going to make a plan that isn’t something that could be implemented,” King told The Lund Report.

The prospect that Oregon might need to go down the California road does loom over the SB 469 debate, however. King said that nurses in Washington and Massachusetts were pushing to adopt the California law. “They’re having the same problems we’re having here with the staff committees being ignored.”

Bradley and Steinke testified that if hospitals are bound by the staffing committee recommendations, medical centers may be forced to cut other patient resources. But King said the staffing plan is not limited to registered nurses, and includes lower-level caregivers such as licensed practical nurses and certified nursing assistants, who do not have union representation from the ONA.

Many of those healthcare employees are organized by the Service Employees International Union, which supports SB 469.