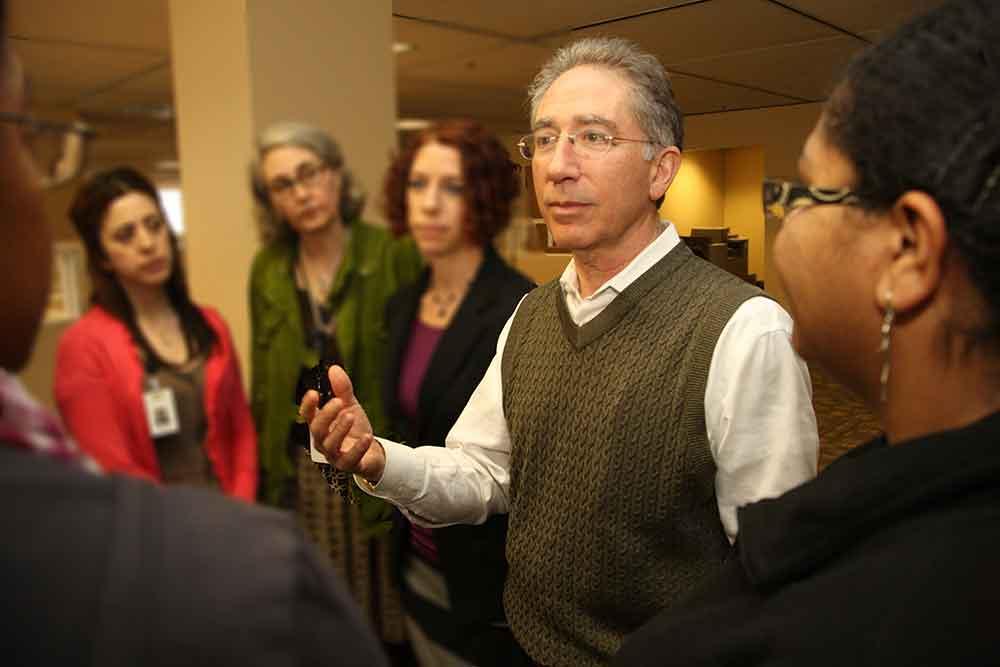 It’s common knowledge that a very small percentage of the population uses the majority of healthcare services. Health Share of Oregon, the largest coordinated care organization in the tri-county area, was given the opportunity to take a deep dive into this complex problem after receiving a $17.3 million Health Commons Grant in 2012.

What evolved from this patient-centered approach were a series of transformative efforts that turned the corner on reducing healthcare costs. During the three-year project, Health Share’s partners impacted 19,000 patients and saved an estimated $32.5 million in unnecessary healthcare services. Patients were connected to primary care medical homes and support services for ongoing care, standardized hospital discharges were put in place and the transition to outpatient care improved.

Dr. David Labby, who guided the effort, remains convinced that the over utilization of healthcare services can be traced back to a person’s family of origin. And that much more is required beyond treating a person’s health symptoms, he told The Lund Report.

More often than not, the challenges faced by these people began in early childhood when they lived in poverty, barely able to survive. Their parents were substance abusers who had numerous encounters with the criminal justice system. Stress became a routine part of their lives.

They struggled in school, dropping out of high school, becoming homeless and marginalized. By the time they reached adulthood, this population had difficulty keeping a job, found themselves in jail and were pushed into the margins of society with very few resources. Just hanging on, they came into the healthcare system for the first time, seeing specialist after specialist, who prescribed unnecessary medications and offered ineffective care.

Labby encountered one patient who had a heart murmur, and had been readmitted to the hospital time after time with congestive heart failure. Sent out with a new set of medications, he kept ending up back on the streets because of unaffordable housing.

Housing is one of the basic resources the community needs to develop for all levels of income so people can lead healthy lives. “Housing is a huge determinant of health and we need to address this if going to have healthy population. Study after study has shown that people who have stable housing are better able to manage their health, it’s a huge challenge,” Labby said.

Other people come into Hooper Detox ready for recovery treatment but are unable to find housing and, following their discharge, end up back on the streets. “We don’t do a liver transplant on someone who couldn’t get access to the drugs they need yet we do the same thing and don’t line up the services that people really need,” he said. “Lot of the problems are social and behavioral. There’s also been historical barriers between mental health and physical health – different cultures, different practice styles – particularly for specialty mental health.”

When patients are discharged from the hospital, they can feel like a ‘voltage drop’ – and suddenly are responsible for maintaining their day-to-day health; arrange medical appointments; and managing their own medications, medical equipment, and transportation. Poor transitions can lead to adverse drug events, worsening illness, and avoidable emergency department visits or hospitalizations. Even the most carefully guided transitions can be challenging, especially for patients who are socio-economically disadvantaged and chronically ill.

For example, more than one-third of Medicaid psychiatric inpatient admissions in the tri-county region do not have a relationship with an outpatient mental healthcare provider. Some studies show that up to 65 percent of discharged patients fail to make intake appointments for community mental health treatment. But when patients are linked to an outpatient provider and helped to bridge services—while they’re still in the hospital—their connection to care can be improved upon discharge, Labby said.

As many as 60 percent of Oregon Health Plan emergency department visits could be managed in a less-expensive setting, such as primary care, urgent care, immediate care or home care. For example, the emergency department utilization for Oregon Health Plan patients at Providence is 100 percent higher than Medicare and 400 percent higher than commercial plans. Caring for non-emergent patients in such a setting is not only expensive, but causes delays for those who need emergency care.

Together, Labby believes Health Share can continue improving the quality of care and do it for less money. The Health Commons Grant, he said, is just the beginning, and the work is far from over.

Labby recently stepped down as chief medical officer and is now focused on solutions to address Oregon’s opioid epidemic and will be championing early childhood health and prevention, pursuing the goal of ensuring every child is healthy and ready for kindergarten by age five.