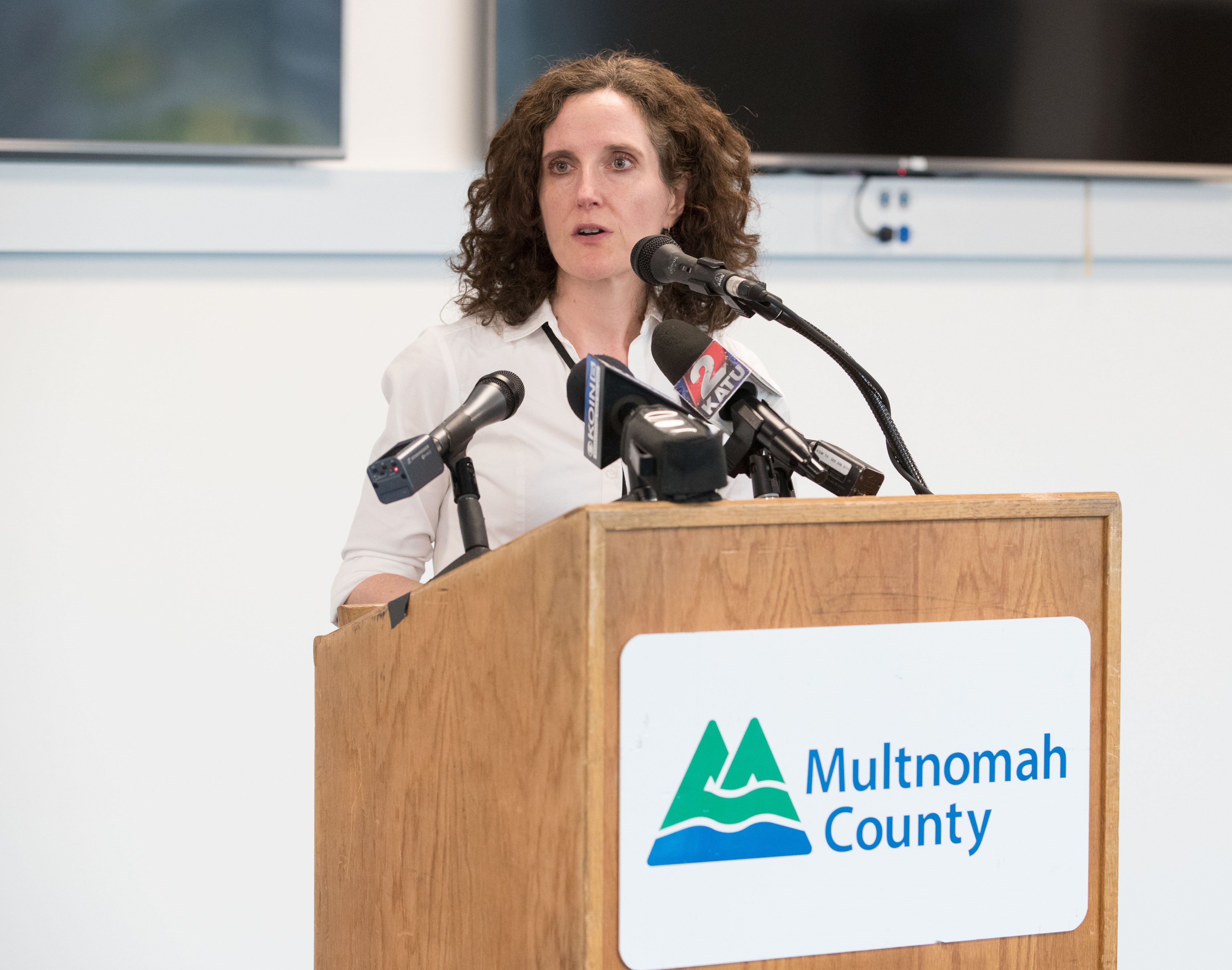 Multnomah County public health officials say an omicron subvariant will likely not cause a surge in COVID-19 cases.

Multnomah County health officials offered an optimistic forecast of how omicron BA.2 will impact the region as the subvariant spreads rapidly across the U.S.The consensus in Oregon is that infections and hospitalizations will likely increase in the coming weeks from their current levels, said Dr. Jennifer Vines, Multnomah County's health officer, during a briefing to the county board of commissioners Tuesday, April 5.

Case counts and hospitalizations are currently at their lowest levels since last summer, before the delta variant took hold in the state.

"We're likely to see a bump up (of infections)," Vines said. "But the prediction here is that it's going to be more of a bump as opposed to a large surge."

The rise in infections is expected to occur by early May, Vines said.

Last week the U.S. Centers for Disease Control and Prevention announced that the BA.2 subvariant had become the dominant variant in the U.S. Since then, it has continued to spread, with more recent CDC data showing it now accounts for 72% of all new COVID-19 cases.

Both omicron subvariants were identified at the same time last fall. It's unclear why omicron BA.1 spread more quickly than BA.2.

Omicron BA.2 is expected to infect people who do not have immunity through vaccination or from a prior omicron infection, Vines said, particularly as people continue to forego masks and increasingly gather in public spaces. But with those susceptible groups being small, the rise in cases is expected to be mild.

Health officials think certain countries in Europe and places like Hong Kong have experienced recent rapid rises in cases due to omicron BA.2 because fewer people were exposed to BA.1 or are vaccinated.

While Vines said the severity of omicron infections is less than other variants, she encouraged people to get boosters and take precautions such as masking if they belong to a high-risk group.

County public health officials are continuing to offer vaccination clinics as they seek to bring all racial and ethnic groups above 80% vaccinated with at least one dose. Three groups are still below that threshold, with American Indian/Alaska Natives and Black/African Americans a couple of percentage points below 80% and Hispanic/Latinos at 68.1%.

The CDC recently recommended people 50 and older receive second booster doses if it has been more than four months since their first booster.

Max Egener is a reporter for The Portland Tribune and can be reached at [email protected]. This story is used with permission of the Pamplin Media Group. Read more from Oregon’s largest source of independent local news at pamplinmedia.com.

Apr 7 2022
News source:
Portland Tribune
Keywords:
covid, omicron, multnomah county
×
This article is for premium subscribers. If you are one, please sign in below.
You can see two more premium stories for free. To subscribe, click here. We depend on premium subscriptions to survive, and they are tax deductible.
Sign InGo Premium Not now