Health Insurance Reserve Requirements – Too Little? Too Much?

Understanding how Oregon’s health insurance companies decide how much to put into reserve
By:
Courtney Sherwood 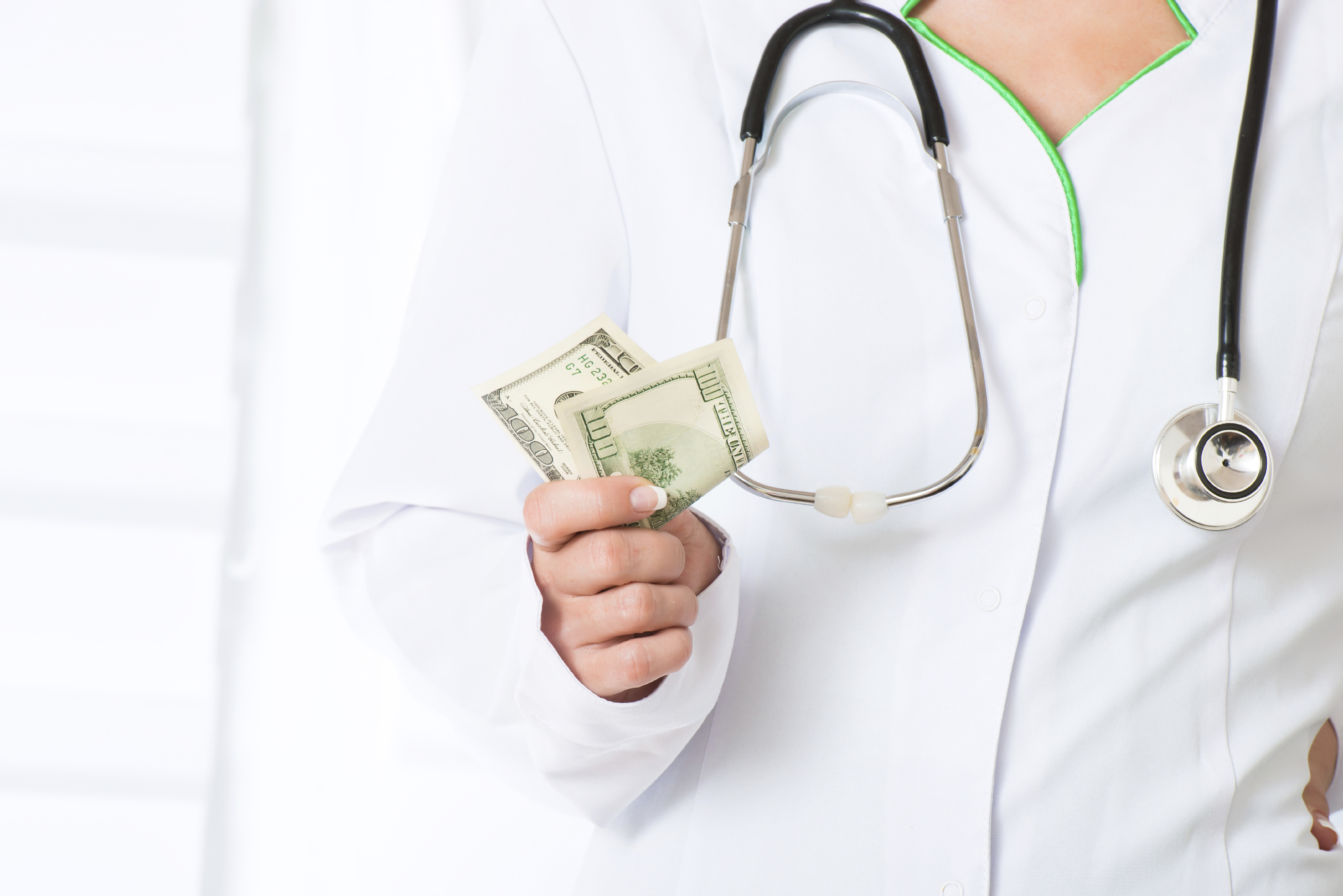 Oregon’s health insurance companies collectively have more than $2 billion in capital on their balance sheets – hundreds of millions of dollars in investments, millions more in cash, buildings, software. At a time of national health reform and as companies face pressure to rein in costs, those capital holdings are coming under growing scrutiny.

Take a class-action lawsuit that hit on popular concerns about insurer finances this year, though it was dismissed in court. The suit described Regence BlueCross BlueShield of Oregon’s capital of more than $600 million as a sign of “excess profit.”

But is the criticism fair? The Lund Report decided to ask the experts – the people who help write rules telling insurance companies how much to keep on hand, and also the insurers themselves. Here’s what we learned:

The basics of risk-based capital

Donna Novak sits on the American Academy of Actuaries Health Practice Council and the Actuarial Standards Board Health Committee, and owns NovaRest Inc., an actuarial consulting firm. She’s one of the country’s leading experts on health insurance capital levels.

“We use a benchmark called risk-based capital,” Novak says. She worked with the National Association of Insurance Commissioners to develop this benchmark. “The risks for an insurer primarily revolve around the underwriting risk, which is a function of premium claims levels. There are also other risks measured. There’s the risk of their asset portfolio” - which might not perform as well as it should - “There is business risk, which might revolve around administrative costs.”

The calculations behind the risk-based capital ratio may be obscure and complex, but the ratio itself is fairly easy to understand: It’s a percentage. The higher the percentage, the readier an insurance company is to withstand an unexpected expense. Regulators want insurance companies to have a risk-based capital ratio higher than 200 percent, Novack says. Drop below that, and the company will be required to come up with a plan to boost capital. According to Oregon Insurance Division documents, regulators in this state can step in when the ratio is below 300 percent if they see certain warning signs.

A quick look at the annual statements filed by 14 Oregon health insurers shows all are beating 200 percent – some to a substantial degree.

But Novak warns that the current guidelines were set in the 1990s, and may not adequately account for 21st century health risks.

Here’s the risk-based capital ratio of Oregon’s insurers, shown by insurers with the most members to those with the fewest:

Note that these figures are as of Dec. 31, 2013, a day before thousands of ACA plans went into effect, which is why some of these plans show much lower enrollment than they’ve reported since the start of the year.

Newcomers Health Republic and Oregon’s Health Co-Op ended last year with the highest risk-based capital ratios in the state: there was not much risk involved in running an insurance company on Dec.13 - the day before these companies started covering members – but they needed to have enough capital in place to provide insurance on Jan. 1, as well, when new plans went into effect, and the risk went up. (And, as Health Republic officials reveal below, there are other factors at play, too.)

“A health actuary gets nervous about headlines about Ebola,” Novak says. “We talk among ourselves often about, is there enough capital in the marketplace if there was a pandemic of some sort? There are catastrophic risks in the property and casualty world that have a history (actuaries) can fall back on and quantify. But for some of the very large risks in the health insurance industry, there is not that history.”

Without historic references to draw on, insurance companies may make wildly divergent estimates about the risks of a disease outbreak, or other massive expense. Calculations like that can affect internal decisions about capital reserve.

Changes brought by the Affordable Care Act add another layer of complexity – and another set of risks to calculate without historic references, Novak says.

That includes the startup factor. The ACA has prompted a number of health-care startups to form, and strict capital requirements can be especially challenging for fledgling businesses to achieve, Novak says. If these companies have to pay claims to providers before they collect premiums, they can risk running into cash shortfalls.

At Health Republic, which enrolled about 5,000 members from Jan. 1 through June 30 this year, spokesman Lee Dawson points out a factor beyond startup concerns, as well.

“Our capital reserve is determined via our agreement with CMS, which requires us to maintain solvency funds in excess of the state’s minimum requirement,” Dawson says. “The only purpose of our reserve is to protect our members.”

Before we calculated Kaiser Permanente’s ratio, The Lund Report emailed Kaiser officials, asking if the combined insurance-and-health-providing nonprofit might make different capital choices because it is part of an integrated health system.

Here’s what William Ely, executive director of actuarial services at Kaiser, had to say:

“As an integrated health care system providing both coverage and care, our reserves must be sufficient to sustain a care delivery system that includes, for instance, medical office buildings and hospitals.  Kaiser Permanente reserves must be sufficient to support financing major capital investments. It is difficult to make apples to apples comparison to other carriers that do not directly sustain a comprehensive system of care.”

Interestingly, Kaiser’s risk-based capital ratio is remarkably close to that of Regence BlueCross BlueShield of Oregon, the other large health insurer in the state – and one with a very different business model.

In a report on health insurance companies, the Oregon Insurance Division points out that for-profit insurers often have smaller surpluses than nonprofits. Nonprofits "tend to rely on surpluses to cover operation and investment losses," the document reads. "For-profit insurance companies, on the other hand, have access to additional capital through the issuance of common stock."

Is the sky the limit?

Regence laid out the case for its capital reserves in court filings earlier this year.

“Oregon law expressly encourages healthcare insurers, including Regence, to maintain capital in excess of the (risk-based capital) categories, and does not mandate a maximum,” the company wrote.

But as actuaries fret about pandemics and policy risks, and as regulations and agreements with government agencies set capital floors, there seems to be little official attention to how much is enough.

Courtney Sherwood analyzes public records and data for The Lund Report. Reach her at [email protected], or follow her on Twitter at @csherwood.

Article too important to be read by just "premium" readers!

“A health actuary gets nervous about headlines about Ebola"... At ground zero for Ebola is Texas Health Presbyterian Hospital. http://blogs.reuters.com/stories-id-like-to-see/2014/10/16/hospital-turn... Texas Health Presbyterian Hospital is supposedly a "nonprofit" hospital. Dig deeper and you see that Texas Health Presbyterian Hospital "is a joint venture involving Texas Health Resources and LHP Hospital Group Inc. Texas Health holds a majority ownership share and LHP manages operation of the hospital. Texas Health and LHP share governance of the facility." And LHP? It's a "privately held company established to provide essential hospital capital and expertise to not-for-profit hospitals and hospital systems, with which it forms joint ventures to own, operate and manage acute care hospitals. Headquartered in Plano, Texas, LHP is owned by affiliates of private equity firm CCMP Capital Advisors, LLC, and the CPP Investment Board, as well as certain members of management and the board of directors." Why are hospitals "owned" by anyone but the people since we are paying for them through our premiums. Actuarial "science" does not discriminate profit from risk. Nor does it discriminate between actual care and the fake quality investments and measures that plump up the new equation for Medical Loss Ratio. Ebola is the opportunity for a global response that puts people over profits. This is incredibly important since the WHO is estimating 10,000 new Ebola cases per week globally by December. Hyperbole? Who knows! With mortality ~50% will survival from Ebola be correlated to income/wealth? Our fragmented health care "system" will be tested.
×
This article is for premium subscribers. If you are one, please sign in below.
You can see two more premium stories for free. To subscribe, click here. We depend on premium subscriptions to survive, and they are tax deductible.
Sign InGo Premium Not now