Cuts are anticipated given the state’s $1.5 billion shortfall next biennium.
By:
Diane Lund-Muzikant 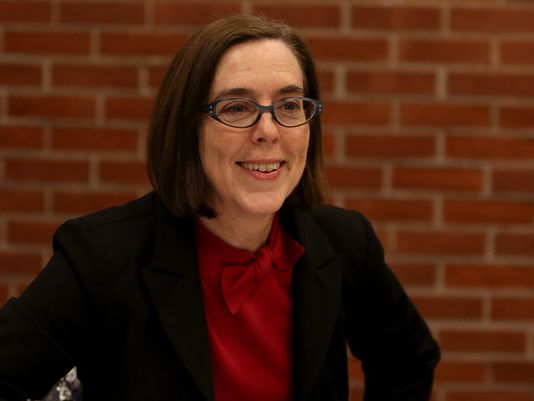 When Gov. Kate Brown releases her budget for the 2017-19, investing in kids and lifting families out of poverty will be her top priority, according to a statement released earlier today.

The Oregon Health Authority needs $3.4 billion to keep the current service levels intact for the 1 million people on Medicaid, while the state faces a $1.5 billon deficit over the next two years. .

It’s too early to speculate whether that agency will see cutbacks, but, according to Brown’s statement, “there will be some very tough budget choices to make” given the defeat of Ballot Measure 97.

“I have begun discussions with legislative leadership about working together in the upcoming session to better align state resources with our aspirations for a stronger, better Oregon,” she added.

At the same time, the Health Authority is working closely with the Centers for Medicaid & Medicare Services on the new waiver. Oregon is requesting 1.25 billion over the next five years, promising to cut costs to a 3.4 percent growth rate.

If the federal government kills the Medicaid expansion, “It’s going to cause enormous disruption to the Oregon economy,” Rep. Mitch Greenlick, D-Portland, the chairman of the Health Committee, told The Lund Report earlier.

Work has been underway on the waiver renewal since last summer. “We will continue to work with our federal partners to ensure the success we’ve had in our state to transform healthcare,” according to Courtney Crowell, spokeswoman for the Health Authority. “The state remains committed to ensuring all Oregonians have access to high-quality, affordable health care. Oregon has been hugely successful in standing up a new coordinated model of care that has improved quality and held down costs. Our model was bipartisan, has broad support from stakeholders across the state, and is a promising model nationally. The program has controlled costs, saving billions to federal government.”

Andy Davidson, president of the Oregon Association of Hospitals and Health Systems, shared his concerns about the challenges facing Oregon’s healthcare system with the failure of Ballot Measure 97 and the discussion in Congress about substantial changes to the Affordable Care Act.

“We believe there is a monumental challenge facing Oregon's Medicaid program for the 2017-2019 biennium and beyond,” according to a statement that appears on the OAHHS website.

“As such, we strongly encourage the Governor and Legislature to come together to build a realistic model to appropriately fund the Medicaid program – which provides health care access for more than 1 million Oregonians – 25 percent of our state's population. In the absence of a frank conversation about what we can afford in Oregon and the challenges facing the ACA at the federal level, we risk our collective progress on health care transformation.

“Since 2004, Oregon's hospitals have willingly taxed themselves to ensure the Medicaid program's sustainability. Through that hospital tax, we generate 23 percent of the total funds spent on the entire program. Oregon's hospitals are proud to have continuously worked with both sides of the aisle in developing solutions in difficult times. And that work has not always been easy.

“We stand ready to partner with all state officials, legislative leaders and stakeholders to find a viable solution for Oregon's Medicaid program. Our state's collective effort to provide health insurance coverage to Oregon's most vulnerable children and families is a cornerstone of helping our fellow Oregonians break the cycle of poverty.”

"Another revenue forecast telling us what we already know: our growing budget shortfall has left Oregon on an unsustainable path. Job growth continues to slow, leaving families with less income, while the legislature continues to overspend. With a $1.5 billion budget shortfall and PERS creating a fiscal aneurism for the state, the legislature has real work to do to get Oregon's economy healthy again. We must come together in 2017 to get our priorities straight and set Oregon's fiscal house in order before the hole gets any bigger."