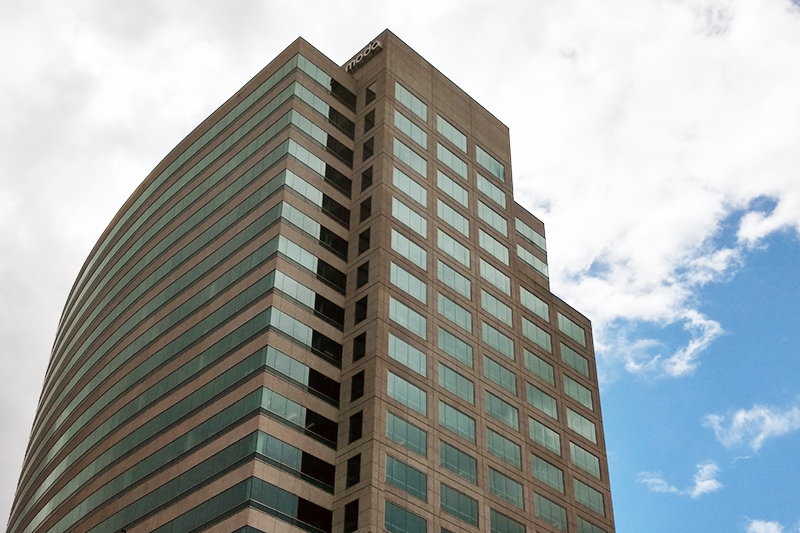 More than 20 state governments, insurance regulators and the U.S. Chamber of Commerce are supporting a U.S. Supreme Court case led by Moda Health and other insurers against the federal government.

Moda and almost a dozen other health insurance companies sued the government for billions of dollars that they said the U.S. Department of  Health and Human Services promised to pay to cover losses under the Affordable Care Act.

The government stopped reimbursing insurers within a year after the Affordable Care Act took effect, a decision that Moda has since called “a massive government bait-and-switch” and that cost the company more than $200 million in losses in 2018.

The National Association of Insurance Commissioners, 24 states, economists and businesses filed briefs supporting Moda and the other insurers. They argued that reneging on that agreement destabilized the health insurance market, made it challenging to regulate and undermined the government’s ability to work with businesses. They also argued the decision will make it more difficult and expensive for the government to accomplish its policy goals going forward.

“This is not just an ACA case,” said Jim Francesconi, Moda’s vice president for government and public affairs. “It’s about the reliability of the federal government as a business partner.”

The government set up several programs as part of the Affordable Care Act to help insurers cover the costs of previously uninsured patients because officials expected their health conditions could be more expensive.Through one of these programs, the government agreed to pay insurers so-called risk corridor payments to cover the costs of claims that exceeded the premiums. Officials agreed to make the payments for the first three years after the act took effect. In exchange, insurers agreed to pay the government when they spent less than they charged in premiums. The agreement was meant to encourage insurance companies to cover more patients.

After the act took effect in 2014, the government dialed back its contributions and stopped paying completely in 2015.

In March 2014, the government said it would only pay insurance companies using money that it got from insurers who charged too little. That was less than 5 percent of what it owed, Moda’s brief said.

In December 2015, the Republican-controlled Congress quashed the ability of the Health and Human Services Department to make risk corridor payments.

Moda sued the government and so did other insurers, including Maine Community Health Options, Blue Cross and Blue Shield of North Carolina, and Illinois’ now inactive Land of Lincoln Mutual Health Insurance Company. Their cases have bounced through the court, as they won and lost and appealed. Now they’ve been combined in one case and reached the end of the line. At stake are as much as $12 billion that the insurers say they’re owed.

In its brief filed with the Supreme Court, the government-backed up its move to stop the payments by saying that Congress intended to prevent the use of taxpayer funds to support the risk corridor program. It also argued that the Affordable Care Act did not create an enforceable contract requiring the payments.

The brief argued that Congress was entitled to restrict the funds and that the Health and Human Services Department didn’t have the authority to promise payments.

The government argued that the risk corridor payments were not the reason insurers sold plans on the federal exchange. Rather, it said insurers had “powerful business incentives.”

Expecting the risk corridor payments, insurance companies lowered their premiums to an unsustainable level and incurred losses as a result, Moda’s brief said.

Moda covered more than 121,00 individuals through the exchange in Alaska, Oregon and Washington in 2014. Because the federal government owed it more than $210 million in risk corridor payments by the end of 2015, Moda was forced to withdraw its exchange plans from Alaska and Washington. It lost $227 million in 2018 and was placed under the supervision of Oregon’s Department of Consumer and Business Services. It was deemed able to operate on its own only after raising $165 million in additional private capital.

The insurers argue that reneging the payments is a breach of contract and of the Constitutional Due Process Clause that protects interests from retroactive legislation.

In its brief, Moda called the government’s actions “legally indefensible and enormously consequential.” It argued the governments’ actions raise “grave constitutional concerns” and undermine its credibility.

The U.S. Chamber of Commerce represents about 300,000 members and more than 3 million businesses. It is among at least nine groups that filed supporting briefs arguing that the consequences of this case reach beyond the Affordable Care Act, its surrounding politics and the health care industry.

“In many instances, such partnerships are the only way to achieve Congress’ objectives,” it said. “Businesses make substantial financial investments to participate in these federal programs, and their willingness to do so is based on having assurance that the government will honor its statutory commitments.”

“The decision, if left uncorrected, will have far-reaching consequences for U.S. businesses who partner with the federal government to provide vital goods and services,” Steven Lehotsky, executive vice president and chief litigation counsel at U.S. Chamber Litigation Center, said in a statement.

A group of economists also filed a brief in support of the health insurers that stressed that the ability of the government to incentivize private businesses is one of its most powerful tools for controlling the economy. That tool will be less potent if the government is allowed to back out of its financial obligations, they argued.

Twenty-four states — red and blue — also filed a brief in support of the health insurers they regulate because of their “strong interest in maintaining healthy and financially sound insurance markets” and in protecting consumers.

The National Association of Insurance Regulators filed a brief supporting the insurance companies. The association represents insurance commissioners in all 50 states and works with the federal government to regulate insurance and protect consumers. It also helped draft the Affordable Care Act. The federal government’s failure to make risk corridor payments limits the state insurers’ ability to protect consumers and ensure a stable marketplace, they argued. They called the legislation that tied up risk corridor funding “reckless and retroactive.”

“At its core, this case is about ‘the integrity of the government,’” Moda’s brief said.

The Supreme Court will hear arguments on Dec. 10. It is expected to issue a decision in Spring 2020.

Sep 23 2019
News source:
The Lund Report
Keywords:
affordable care act, ACA, Moda, risk corridor
×
This article is for premium subscribers. If you are one, please sign in below.
You can see two more premium stories for free. To subscribe, click here. We depend on premium subscriptions to survive, and they are tax deductible.
Sign InGo Premium Not now