The CO-OP has $57 million in start-up loans from the federal government to provide health coverage to the self-employed in Oregon
By:
Diane Lund-Muzikant 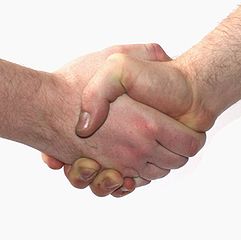 September 18, 2012 -- Independent workers – artists, journalists, information technology professionals, craftsmen and even those who earn their living buying and selling on eBay – will soon have the ability to buy health coverage without having to dicker with a privately-run insurance company such as Regence BlueCross BlueShield.

Known as the Freelancers CO-OP of Oregon, people can sign up when enrollment opens for the health insurance exchange in October 2013.

The CO-OP anticipates having up to 40,000 members by the end of 2015, and has entered into a partnership agreement with Providence Health System to provide the network of physicians and hospitals throughout the state and handle claims administration and medical management. A decision has not been made about whether the CO-OP will contract with other healthcare professionals, said Richard Swift, chief financial officer of the Freelancers Union, which secured $59 million in loans for the Oregon start-up from the federal government.

“We felt Providence was a very strong player in the market and had an excellent reputation and was well known and well respected,” Swift said. “By having something in place, it was more effective use of the money rather than trying to build our own network.”

The Freelancers Union isn’t new to the health insurance market. It began offering coverage to people living in New York in the late 1990s by sponsoring a health plan, and started its own company four years ago. In 2011, it had $100 million in revenues, a 98 percent re-enrollment rate, and 23,000 subscribers at rates 40 percent lower than comparable plans, Swift said.

After passage of the Affordable Care Act, the Freelancers Union was successful in obtaining $340 million in loans to start CO-OPs in New Jersey, New York and Oregon. That amount represented more than half the total $638 million awarded by the federal government.

“Now we want to do what makes most sense, offer affordable and cost effective health insurance,” said Swift, adding that the CO-OP recently submitted its application for an insurance license to the Oregon Insurance Division.

Unlike other states, Oregon received loans to start two CO-OPs – the other project, Oregon's Health CO-OP, intends to offer coverage to individuals, and small and large employers.

Once the Freelancers CO-OP is up and running, the majority of its board members will be the people it serves – the self-employed.

“We’ll be member driven and won’t have shareholders and will be beholden to no one,” Swift said. “Instead we’re going to provide the best quality coverage to our members.”

The current board members include:

“As today’s workforce becomes more independent, it’s crucial that workers can turn to each other for support,” said Sarah Couey, the CO-OP’s finance director, who’s been hired as its first employee. “Our CO-OP will help freelancers and others join together to build the care they need to achieve true independence. This new model is needed more than ever in the troubled health care ecosystem – the relationship between patients, providers, and insurance companies – is falling apart. Patients pay too much for too little care, providers are hamstrung by medical costs and paperwork, and insurers have to increase the bottom line for shareholders.”

The goal is to build a new ecosystem that’s better coordinated, more efficient, and cheaper than what currently exists. “By investing in smarter, more cost-effective ideas, the Freelancers Union is trying to build a fair and equitable health insurance system,” she added.

Before joining the CO-OP, Couey was the director of healthcare services and strategic planning and analysis for Regence BlueCross BlueShield, which she joined in 2005. Earlier, she was the budget and finance manager for the Oregon Zoo and also worked for Intel as a financial analyst/accountant.

Also, Portland ranks 5th with its share of self-employment among the top metropolitan areas (see Table 1, p.10). A report by the Government Accountability Office indicates that independent workers comprise 31 percent of the work force, or 42.6 million people (page 2).

And, by the year 2020, MBO Partners predicts that 70 million people, more than 50 percent of the private workforce, will be independent.

To learn more about the Freelancers Union, click here http://www.freelancersunion.org/

Image for this story by Tobias Wolter (CC BY-SA 3.0) via Wikimedia Commons.

What are the implications of

What are the implications of healthcare reform on dental care? http://www.healthcaretownhall.com/?p=4883