During the same time, charity care reached its lowest level since 2008.
By:
Diane Lund-Muzikant 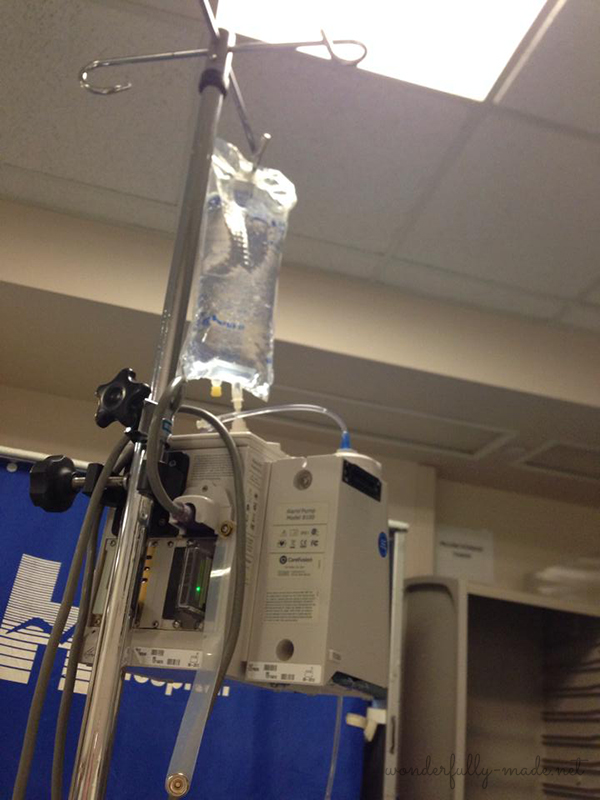 Oregon hospitals appear to be more profitable than ever, with their margins rising, thanks to the Affordable Care Act, while charity care keeps plummeting.

The latest preliminary data from 2015 obtained by The Lund Report doesn’t surprise many onlookers.

“The Affordable Care Act provided new coverage for millions of previously uninsured Americans, including hundreds of thousands of Oregonians. It also provided the state's hospitals with a cash infusion of more than $1 billion,” he wrote, pointing out that the other large Portland hospital systems – both Legacy Health and Portland Adventist -- are on pace with their competitor.

With Oregon’s uninsurance rate dropping to its lowest percentage – barely 6 percent – it’s no wonder hospitals have such high margins. But Portland’s large hospitals aren’t the only victors. Charity care dropped to just 2 percent at the smallest hospitals in 2015 (under 100 beds), while their larger counterparts saw charity care reach an all-time low of 1 percent, according to information obtained by The Lund Report.

Financially strong, hospitals with more than 100 beds ended the year with an 8.5 percent total margin, compared to 6 percent at the smaller facilities.

In terms of operating margin -- profitability of patient care services and other hospital operations -- the largest hospitals had a 15 percent margin -- representing a 9 percent jump since 2008 – while their smaller counterparts finished the year at 13 percent, a jump of 2 percent since 2008.

The movement by physicians, to join the ranks of hospitals and become full-time employees, shows no signs of abating. Among Oregon’s smaller hospitals, 53 doctors were on board in 2015 compared to only 34 in 2008, while 184 physicians drew their paychecks from the larger facilities, a growth of 42 when only 114 doctors were on the payroll.

Inpatient visits continued their decline – the quarterly average for all hospitals was 38,849 last year – a 7 percent increase since 2008, while emergency room visits declined by 8 percent during that same time period, reaching 30,460 and hospital outpatient visits grew by 20 percent, reaching 255,638 during 2015.

Both Fitch Ratings and Moody’s Investors Service issued a negative outlook for hospitals back in December 2014 because of uncertainties as the ACA continued to be implemented, along with legal challenges and the intermittent progress by hospitals to transition to value-based payment models.

Why have Oregon hospitals outperformed? Although smaller hospitals continue to reap the majority of their money from Medicare – 43 percent on average – compared to a slightly higher figure for the larger more urban hospitals – 44 percent, Oregon is way ahead of the curve with its transformation of the Medicaid system which now boasts of more than 1 million members, which represent 25 percent of the state’s population.

Looking at how well the hospitals fared when it came to Medicaid revenue, the smallest hospitals – fewer than 100 beds – saw their percentage of total revenue skyrocket from 13 to 24 percent since 2008 while revenue from the largest hospital soared by 10 percentage points, reaching 22 percent at year’s end.

Hospitals earn the majority of profits from four major categories – imaging, lab, critical care and surgery – according to hospital executive who spoke confidentially. Everything else, from the emergency room to obstetrics is subsidized, he told The Lund Report.

The profitability of not-for-profit hospitals hasn’t escaped the attention of legislators. Legislators appear concerned over the high profit margin of hospitals. Rep. Mitch Greenlick, D-Portland, told Willamette Week, "When I look at hospital reports, charity care is essentially gone." He also pointed out that, "Executive salaries at the nonprofit hospitals are outrageous. There's no other way to put it."

To its credit – or perhaps detriment to consumer groups and unions – the Oregon Association of Hospitals and Health Systems, under the direction of Andy Davidson, exerts tremendous influence among legislators.

During the 2015 legislative session, Sen. Elizabeth Steiner Hayward, D-Portland, advanced a bill that would have required hospitals to give real-time information about healthcare costs to consumers and demanded that hospitals post their prices by insurance type for common procedures.

At that time, she told The Lund Report, “Both as a physician and as a consumer of healthcare services, I have no idea of what healthcare costs.”

However, Davidson ‘s group advanced its own legislation with the help of Senate President Peter Courtney, Senate Bill 900, which called upon the Oregon Health Authority to use the all-payer, all-claims database to list the median prices at hospitals and hospital clinics for the 50 most common inpatient procedures and 100 most common outpatient procedures. Ultimately, they prevailed with their legislation passing both chambers. Earlier, Oregon was given an F along with 44 other states by the Catalyst for Payment Reform, a national organization that scores states on price transparency. Four East Coast states plus Colorado got a passing grade.

Senate Bill 891 in its original form would have required hospitals to post their prices for common procedures paid by health insurers, Medicare, Medicaid, the school districts and state employees. In the amended version, the public would be given access to online tools with price information from the health insurers that is currently given only to enrolled health plan members.

“I was all set to move it,” Monnes Anderson told The Lund Report. “There were some political decisions made at a higher grade than I,” including “negotiations in the president’s office” with insurers, who claimed the Legislature was already asking a lot from them, she said.

“I’m disappointed we didn’t get it to a place we could move it forward,” Steiner Hayward told The Lund Report, saying she’s not giving up on the issue in future sessions.

The state’s largest hospital systems show little sign of giving up their momentum, with the merger between PacificSource Health Plans and Legacy Health awaiting approval by the state’s insurance commissioner and the potential merger between OHSU and Moda Health could happen later this year, particularly with the recent news from Moda to beef up its revenues.

With the continued expansion of urgent clinics, particularly in the Portland market, undoubtedly more consumers will seek such care in the months ahead. ZOOM+ continues its dominance in the marketplace, with 25 clinics in Portland and expansion plans in Seattle, but the major hospital systems – Legacy, Providence, OHSU and Adventist Health – are quickly making their footprint known. Eventually, it’s all but certain the paying market – the insurers – will determine the future of independent urgent clinics both in Oregon and nationwide as the movement toward consolidation continues to unfold.

May 4 2016
News source:
The Lund Report
×
This article is for premium subscribers. If you are one, please sign in below.
You can see two more premium stories for free. To subscribe, click here. We depend on premium subscriptions to survive, and they are tax deductible.
Sign InGo Premium Not now