CCOs will be held accountable starting next year for reducing tobacco use.
By:
Jan Johnson 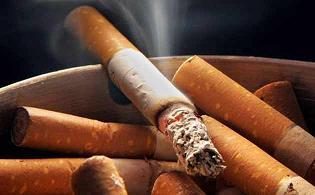 The committee has overseen efforts to reduce cigarette and tobacco use since voters in 1996 increased Oregon’s tobacco tax and set aside 5.77 percent of the tax to fund prevention and education programs. Since 1996, cigarette smoking in Oregon decreased by 25 percent for adults, 65 percent for 11th graders and 80 percent for 8th graders.

But compared with other states, Oregon has low taxes on tobacco products, said Karen Girard, section manager for the Oregon Health Authority’s Public Health Division. “Changing the price of tobacco would help a lot,” to prevent and stop tobacco use. But lacking higher taxes, Oregon turns to other options such as promoting smoke-free worksites, providing support and resources to Oregonians who want to stop and advertising.

The proposed budget calls for spending less than $2 million over the next two years on TV, print and social media campaigns, much of it to drive smokers to Quit Line services. In comparison, the tobacco industry spent $112 million promoting tobacco products in Oregon stores in 2012 alone.

“We may be reaching 1 to 2 percent,” of Oregon smokers with cessation and prevention advertising, said Luci Longoria, health promotion manager for the Oregon Health Authority’s Public Health Division.

In response to a question from the Attorney General’s office, Stacey Schubert, manager of data and evaluation for the Oregon Health Authority’s Public Health Division, said “brands that are the most advertised are the most smoked” with Marlboro and Camel consistently showing up at the top.

Among other 2014 facts about tobacco retailers in Oregon: 98 percent sold flavored tobacco, 25 percent displayed tobacco ads at the eye level of a child and 75 percent sold tobacco at discounted prices.

Meanwhile, tobacco use among the Oregon Health Plan population remains above the state average, reaching 33 percent of the population during 2014, a slight decrease from the 34.1 percent rate the previous year, Lori Coyner, director of health analytics for the OHA, told the Health Policy Advisory Committee yesterday.

Starting in 2016. Tobacco use prevalence will become an incentive measure for coordinated care organizations, which are financially rewarded on quality metrics each year. “This will be the first time CCOs will be held accountable for tobacco use,” Coyner told the board.