They represent the only organizations that submitted applications to become a coordinated care organization in the Portland area
By:
Diane Lund-Muzikant 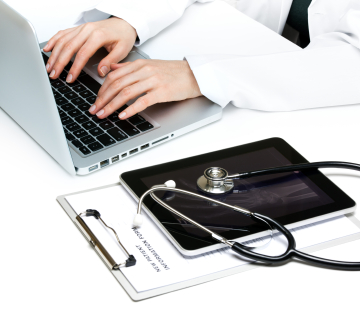 Initially, the intent behind the creation of a tri-county collaborative was to include all the five health plans currently providing such care – CareOregon, FamilyCare, Kaiser Permanente, Providence Health Plan and Tuality Healthcare.

But when Jeff Heatherington, CEO of FamilyCare, sent in his membership application on April 19, he deliberately crossed out one line – because he was unwilling to agree that he wouldn’t “create, develop, own, implement or design” a coordinated care organization within the geographic area served by the collaborative – Multnomah, Washington and Clackamas counties.

Subsequently, his application was not accepted. “When Jeff declined to participate in the membership agreement, he took himself out of the collaborative, which was disappointing,” said Janet Meyer, interim CEO who’s on loan from Tuality Healthcare where she’s been its chief operating officer.

From Heatherington’s perspective, he definitely wanted to participate in the collaborative but, at the same time, was unwilling “to sit on my hands and do nothing; I wanted to make my own plans just in case, and I wasn’t willing to sign onto something that wasn’t true," he said.

Since then, Heatherington said he’s heard that both CareOregon and Kaiser might submit their own applications to become a coordinated care organization later this summer.

FamilyCare has 40,000 members in the tri-county area and another 15,000 members in other parts of the state and contracts with 1,500 primary care physicians and specialists.

Despite being on the outside, Heatherington said he’s eager to work with the collaborative on issues such as a uniform pharmacy benefit or hospital emergency room policy.

The collaborative represents 160,000 Oregon Health Plan members and is willing to partner with other providers to establish a common drug formulary and an ancillary network including nurses, opticians and durable medical equipment providers, Meyer said.

However, Meyer doesn’t anticipate the collaborative will compete with Heatherington’s group.

“We’re not like Regence and planning to advertise on billboards,” said Meyer. “We serve a common goal to improve the quality of life for the Medicaid population as an integrated community delivery system.”

Tomorrow the collaborative will start accepting applications for the remaining nine positions on its board of directors and for its community advisory council.

The following positions will be added by July 1 when the full board will be seated:

The collaborative also has a temporary website where more information can be found about its organization.

To read an earlier interview with Dr. George Brown, CEO of Legacy Health System, about the formation of the Tri-County Medicaid collaborative, click here.