It’s been five years since the Affordable Care Act was introduced, and one of the most important provisions is under fire.
By:
BJ Cavnor 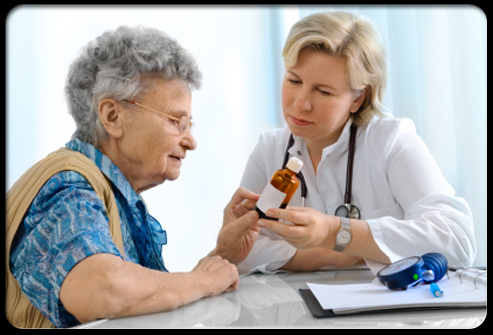 OPINION -- When the ACA became law in 2010, it immediately allowed uninsured adults and children with pre-existing medical conditions, access to health insurance coverage. It took the might of the federal government to make this happen, and left it to the states to make it permanent part of their laws, by 2017. We intended to make that happen this legislative session, with the passage of Senate Bill 309; prohibiting discrimination based on age or disability,

Thanks to the ACA, Oregon is one of the states able to expand Medicaid to people without health insurance, providing coverage to more than 1 million people. We’ve done this through the 16 coordinated care organizations contracted to operate in the state and serve Medicaid patients. The CCO’s are given a “global budget” with “quality incentives” to provide care for members and cover operating expenses. CCO’s operate under the auspices of the Oregon Health Authority, which administers the Oregon Health Plan, our state’s Medicaid program.

Late last month, Oregon legislators decided that the rights of the CCO’s were more important than the rights of her citizens on Medicaid. On Monday, April 20th, the Senate Committee on Health Care held a public hearing and workgroup on Senate Bill 309. Despite public testimony in support of the bill, support from organizations working to improve health (including ours) and bipartisan desire to move to a vote, at the discretion of the Chair, the bill was not voted on and is now in Limbo. Limbo, while not an actual place outside of the works of Dante, and the Latin Mass Catholicism of my youth, is also recognized as one of the places where bills go to die.

When questioned why the bill did not progress by stakeholders and constituents, we were told numerous things, including that the Chair was acting in response to the desires of the Governor, the Oregon Health Authority, the House Health Care Committee and the State’s Budget (passage of the bill would “bankrupt the state”).

SB 309 is the latest in a number of bills introduced this session designed to protect Insurers and CCO’s by limiting the rights of patients and access to healthcare. So far this year we have seen attempts to limit access to new classes of drugs for six months after the FDA approve them, HB 2638, and a bill, SB 838, that would authorize the Health Evidence Review Commission to create two lists; “One list shall exclude prescription drugs and one list shall be solely composed of the drugs in the Practitioner Managed Prescription Drug Plan.”

Simply put, if you need a drug on the exclude list, you’re out of luck.

It seems that we may have forgotten the goals of Oregon’s original ideals in healthcare expansion. As a reminder, they are called the Triple Aim and promised better health for everyone in the state, improved patient experience (access to health and improved outcomes) and lower healthcare costs.

Is limiting access to healthcare and removing protections, offered in federal law, to OHA and CCO patients fair and in in keeping with our goals of improving the health and outcomes of our families, our friends and our communities? Or does it create a system where your health outcomes are determined on who pays for your care?

I believe that together we can discover outcomes to improve population health while working to address rising costs and limited budgets, without enshrining potential healthcare discrimination for more than a million Oregonians. I hope that if you feel the same way you will join us.

BJ Cavnor is the founding executive director of One in Four Chronic Health, a collaborative working to improve the needs of people living with chronic health conditions through advocacy, education and policy. We work with our partners, healthcare providers, CCO's, insurers, policy makers and patients to reach these goals. Our mission is to be a voice for patients, through education, advocacy and policy.