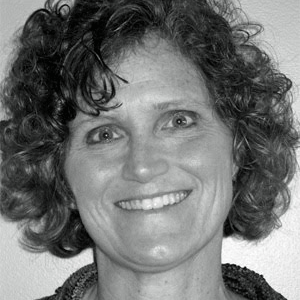 OPINION -- Long over are the halcyon (not to be confused with Halcion®) days when Jonas Salk said of the polio vaccine, “There is no patent. Could you patent the sun?”

Sovaldi, a treatment for chronic hepatits C, has the world in a chokehold. Forget supply and demand. Forget the numbingly boring market entry price equation:

Price is what the market will bear! Sovaldi’s $1000 pill benefits Gilead Sciences shareholders and executives who profit from a blockbuster drug. Shadow drugs will just ride the wave, rather than create a competitive market.

That’s what happened with Gleevec, the best selling drug of Novartis. The price for this Chronic Myeloid Leukemia wonder drug tripled from $30,000 to $90,000 when it was touted to “cure” CML. No need for an expensive bone marrow transplant! But side effects and drug resistance lead to “new and improved” drugs—that cost nearly $140,000 per year in 2012.

According to Novartis, Gleevec’s wholesale price exceeded $76,000 in the U.S. last year. Patients or their insurers pay a retail price that is typically much higher. But the Average Wholesale Price is as misleading as the hospital chargemaster. Drug prices are arbitrarily high, without correlating to the actual costs to make them.

Return on Investment or Rest in Peace. That’s how Scott David, Executive Director of Law, Technology and Arts Group at the University of Washington, framed the problem at the Global Health Law Summer Institute (“The Access Challenge”) in July.

The FDA accelerated Sovaldi’s approval through a new “breakthrough therapy” designation for treatments of life threatening illnesses. But is Sovaldi the miracle Gilead Science, Bristol Myers and Vertex Pharmaceuticals claim? Does a “Sustained Virological Response” at 12 weeks (versus 24 weeks) with this drug really mean that Hepatitic C is cured?

Remember the baby that was “cured” of HIV? Not!

The financial side effects of pharmaceutical intellectual property are lethal to budgets. Tom Burns, Director of Pharmacy Programs for the Oregon Health Authority, says rebates from pharmaceutical companies save Oregonians $120 million per year. Oregon’s CCOs won’t benefit because their formularies are not aligned to the State Preferred Drug List.

The truth? PhRMA lobbyists represent international companies that extort money through international trade agreements. Nobel Prize winner Joseph Stiglitz writes, “America has attempted to foist its intellectual property regime on others, through the World Trade Organization and bilateral and other multilateral trade regimes.” This is evident in the recently leaked “Advanced Intellectual Property” chapter of the secretly negotiated Trans-Pacific Partnership.

Psychopaths, devoid of empathy, can rise to the tops of corporate ladders through charm, intelligence and manipulation. Global pharmaceutical executives have no empathy for poor people who can’t pay for their expensive drugs—even if death is the consequence.

The quest for profits and unsustainable quarterly gains drive capital to the top. Sometimes it takes drastic measures, like pledging to a different flag. Pfizer’s plan to acquire its British competitor, Astra Zeneca, was rebuffed in April. Had it gone through, Pfizer (“as American as apple pie”) would have saved $1 billion a year in taxes as a British corporation.

There should be no social stigma for reasonable profits. Gilead’s profits are not reasonable; and shame is an ineffective punishment for corporate social irresponsibility.

Gilead extorts profit for life, a repugnant act for a company that develops life-saving drugs. Serial killers are jailed for life or executed for their taboo acts of violence.  Surely the Diagnostic and Statistical Manual of Mental Disorders should expand their diagnoses and treatments for corporate psychopaths.  Treatments could include:

Assuming these are not socially acceptable solutions, we should advocate for the medical prize fund. In 2006, Joseph Stiglitz wrote:

Drug companies spend more on advertising and marketing than on research, more on research on lifestyle drugs than on life saving drugs, and almost nothing on diseases that affect developing countries only. This is not surprising. Poor people cannot afford drugs, and drug companies make investments that yield the highest returns.”

Stiglitz advocates for medical prize funds with large rewards for vaccines or diseases that affect millions and smaller rewards for drugs that tweak existing drugs with improved efficacy or decreased side effects. Intellectual property would then be available to generic drug companies and a competitive market would ensure wide access at the lowest possible price.

To get there, we need to de-link money from politics. Delusional? Perhaps. But never swallow drugs that cure hopeful thoughts.

Recommend Howard Brody's "Hooked &c." to understand the long standing use of tricks by the pharmaceutical industry. He covers it all, including false claims and cover up of negative studies.