The issue revolves around the effectiveness of glass ionomer sealants to prevent tooth decay among schoolchildren.
By:
Diane Lund-Muzikant 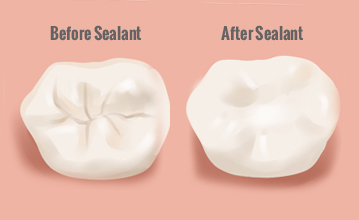 The Oregon Health Authority is being challenged about its decision to restrict the use of dental sealants among schoolchildren. The controversy came to light when a dentist in Wheeler County realized he’d have to use resin rather than glass ionomer sealants to become certified and continue working in the school system.

Sealants are coatings placed on the chewing surface of a child’s permanent back teeth — the molars and premolars — to help protect them from decay.

“In 10 years, I wiped out tooth decay in schoolchildren in the poorest county in Oregon and didn’t need a dental chair, a suction machine; I just smear the sealant on all the teeth,” said Dr. John Frachella, who’s convinced glass sealants are much more effective in preventing cavities since they release fluoride into the adjacent teeth and grooves in a process known as demineralization.

Not only are glass sealants just as effective, Frachella, said, but they’re much less expensive than the resin and easier to apply without the need for fancy dental equipment. “It’s not on my clock to go backwards and cost the taxpayers more money, Evidence is equally good for both types of sealants. Frankly, the government shouldn’t be in the business of dictating the treatment we need to use.”

But the Health Authority disagrees and contends there’s insufficient evidence to show that glass sealants are as good as their resin counterparts. Even though a petition had been submitted asking that the sealants be treated equally, Dr. Bruce Austin, state dental director, denied that request.

“Research shows the material comes off more frequently; that doesn’t mean that a microscopic amount might be helping but there’s not reliable quality measures for glass. That doesn’t mean glass isn’t doing its job by reducing the caries rate,” Austin told The Lund Report. ““There’s not adequate evidence from the research to show that one material is better than the other,” he said. We’re not opposed to looking at other options but it came down to the time frame and not having quality measures.”

But scientific research shows just the opposite, according to Dr. Mike Shirtcliff, founder and president of Advantage Dental, who pointed to a study undertaken by the American Academy of Pediatric Dentistry which concluded there was no evidence showing a difference in effectiveness.

Armed with that research, Shirtcliff filed a petition last August asking the Health Authority to make such a change. But his petition never saw the light of day because Austin said his agency didn’t have enough time to hold a rule hearing before the legislative session convenes in February.

Shirtcliff is still holding out hope Austin will change his mind. Otherwise he intends to have legislation introduced to allow glass sealants.

That research is backed up by other clinical studies that evaluated the prevention of dental caries lesions using plastic resin or glass ionomer materials, according to Jeremy Horst DDS, MS, PhD, a Postdoctoral fellow, at the University of California at San Francisco.

“Every clinical study known to me that evaluates the prevention of new dental caries lesions (tooth decay cavities) by dental sealants shows equivalence between plastic resin or glass ionomer materials,” he told The Lund Report.