If they can’t reach agreement, oral healthcare won’t be integrated into the coordinated care organization until next July
By:
Diane Lund-Muzikant 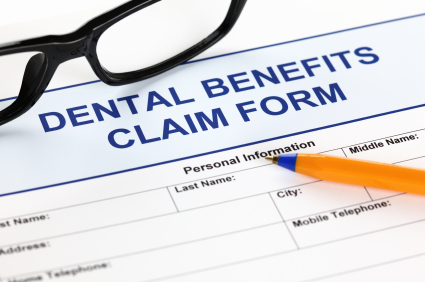 September 25, 2013 – The clock is ticking on whether Trillium Community Health Plans can reach agreement with the dental plans in Lane County quickly enough to begin integrating oral healthcare on January 1. Otherwise, Trillium, which has 56,000 members, will have to wait until next July before ramping up services.

Currently the four dental care organizations remain at odds with Trillium over the proposed contract. They include Advantage Dental, Capitol Dental, ODS Dental and Willamette Dental.

“Unless something changes by October 1st, we won’t be in Lane County in January,” Bill Ten Pas, president of ODS Dental, told The Lund Report yesterday. “That doesn’t mean we aren’t interested in participating.”

Coordinated care organizations such as Trillium must submit a binding letter of intent to the Oregon Health Authority by October 1 indicating that they are ready to integrate oral healthcare by January 1. And, by November 1, they must provide documentation such as a signed contract, according to Kimberly Mounts, spokesperson with the Office of Communications, Oregon Health Authority.

Ten Pas was reluctant to discuss why contract negotiations had broken down, but another dental plan executive had no problem sharing some of the details. Under the proposed contract, Trillium is requiring dental plans to agree to a risk withhold – meaning that a certain amount of their reimbursement would be held back until Trillium knows how much care is actually being delivered.

“The problem with that requirement is we still don’t know what outcomes are expected of dental plans by the Oregon Health Authority, and what they’re going to actually measure; I have no problem with risk withholds but it’s too early and that should be set aside until the second year of the contract,” according to the dental executive who spoke on a confidential basis with The Lund Report. “The administrative fee being proposed by Trillium is also too high, much higher than any other coordinated care organization and that doesn’t seem right.”

“We certainly hope we can reach agreement,” Ten Pas added. If not, ODS – along with the other dental plans – hopes to begin contracting with Trillium next July.

But Trillium remains convinced it can begin oral integration on January 1 with contracts signed before then. “We intend to achieve our target date and are moving forward. The contracting process is complex, and we would rather do it right than do it fast,” added Farr, who declined to discuss details about the contracting process. “It is up to the DCOs if they want to discuss confidential contract negotiations. However, because of the confidential nature of contracts, Trillium is unable to comment.”

For the first time, ODS Dental is opening a dental clinic in Salem after reaching agreement with the CCO in Marion and Polk counties, WVP Health Authority.

“We’re seeing a significant increase in the Medicaid population and don’t have adequate access in Marion and Polk counties, and are opening a clinic to meet those needs,” Ten Pas said. “We’re not ruling out clinics in other areas but it all depends on access issues for populations in specific areas for coordinated care organizations. We’re working hard to make sure that all our patients have access.”

The dental clinic, which opens November 1, is specifically intended for the Medicaid population, and will be served by two dentists—one full time and the other part-time.

Moda Health Plan (formerly known as ODS Health), meanwhile, has a coordinated care organization in 12 counties in eastern Oregon with approximately 30,000 members, and has no plans to expand into other areas, according to Jonathan Nicholas, spokesman.

Both Capitol Dental and Willamette Dental will also provide services to Oregon Health Plan members in Marion and Polk counties.