Three lawmakers who will lead the U.S. House next year are among the biggest recipients of campaign contributions from the pharmaceutical industry.
By:
Emmarie Huetteman 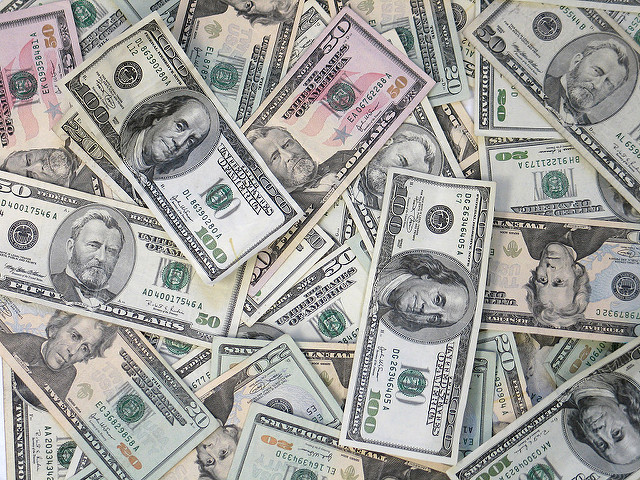 Three of the lawmakers who will lead the House next year as Congress focuses on skyrocketing drug costs are among the biggest recipients of campaign contributions from the pharmaceutical industry, a new KHN analysis shows.

On Wednesday, House Democrats selected Rep. Steny Hoyer of Maryland to serve as the next majority leader and Rep. James Clyburn of South Carolina as majority whip, making them the No. 2 and No. 3 most powerful Democrats as their party regains control of the House in January.

Both lawmakers have received more than $1 million from pharmaceutical company political action committees in the past decade. Just four members of Congress hold that distinction, including Rep. Kevin McCarthy of California, whom Republicans chose as the next House minority leader earlier this month.

Adding Rep. Nancy Pelosi, the California Democrat expected to be the next speaker, the three-person House Democratic leadership team has collected more than $2.3 million total in campaign contributions from drugmakers since the 2007-08 election cycle, according to KHN’s database.

High drug prices surfaced as a major campaign issue in 2018. With almost half of Americans saying they were worried about prescription drug costs last summer, many Democrats told voters they’d tackle the issue in the next Congress. But the large amount of money going to key Democrats, and Republicans, raises questions about whether Congress will take on the pharmaceutical industry.

In the past decade, members of Congress from both parties have received about $81 million from 68 pharma PACs run by employees of companies that make drugs and industry trade groups.

Brendan Fischer, who directs federal reform programs at the nonpartisan Campaign Legal Center, said drugmakers, like other wealthy industries, “shower money” on congressional leaders who are mulling legislation that could affect the pharmaceutical industry.

“Both Democrats and Republicans have discussed taking action on prescription drug prices, and drug companies likely expect that big contributions will help them maintain access to, and influence over, powerful lawmakers,” he said.

McCarthy, who has close ties to President Donald Trump, has received more than $1.08 million from drugmaker PACs since 2007. According to the latest data, which runs through September, he received about $250,000 this election cycle.

While campaign contributions may seem tantalizing as a metric for influence, industries are not necessarily buying votes with their cash. More likely, they are buying access — a sizable donation from a drugmaker’s PAC may increase the chances its lobbyists get a meeting with an influential lawmaker, for example.

Clyburn, who like Hoyer has served as a top Democratic leader since 2007, has received more from drugmaker PACs over the past decade than any other member of Congress — more than $1.09 million. During the 2018 election cycle, he received at least $170,000, despite trouncing his Republican opponent in his safely Democratic district.

A party leader and the highest-ranking African-American in Congress, Clyburn has had ties to the pharmaceutical industry over the years. In 2013, he was a featured speaker at a conference hosted by PhRMA, the industry’s leading trade group. The conference was held at the James E. Clyburn Research Center at the Medical University of South Carolina, a hub for biopharmaceutical research.

This fall, Hoyer topped the million-dollar mark in drugmaker PAC contributions over the past decade, collecting more than $1.02 million since 2007 and more than $128,000 this election cycle.

“Mr. Hoyer’s positions on legislation are based on what is in the best interest of his constituents and the American people, and he has made it clear the new Congress will tackle rising health care and prescription drug costs,” said Mariel Saez, a Hoyer spokeswoman.

Clyburn, McCarthy and Pelosi’s offices did not respond to requests for comment.

Pelosi, in contrast to her deputies, has received nearly $193,000 total from drugmaker PACs the past decade. In the month before the midterm elections, she intensified her calls for action to control drug prices, saying on Election Day that she believed Democrats could find “common ground” with Trump on addressing the problem.

Senior committee members also tend to draw huge sums from the industries they oversee. Rep. Frank Pallone of New Jersey, the Democrat who is expected to chair the House Committee on Energy and Commerce, received nearly $169,000 this election cycle from drugmaker PACs, according to KHN’s database. Since 2007, he has collected more than $840,000.

Similarly, Rep. Greg Walden, the Oregon Republican who is finishing his term as chair of the committee, received $302,300, the most of any member this election cycle in contributions from drugmaker PACs.

By contrast, Rep. Elijah Cummings — the Maryland Democrat who is expected to head the House Committee on Oversight and Government Reform — has attracted minimal drugmaker cash, receiving just $18,500 since the 2007-08 election cycle. He has made it clear that he intends to target pharmaceutical companies next year as he investigates climbing drug costs.