The industry has given big bucks to U.S. Rep. Greg Walden, who chairs a powerful congressional committee, but has ignored Rep. Peter DeFazio, who is not on any committees that influence drug legislation.
By:
Christian Wihtol 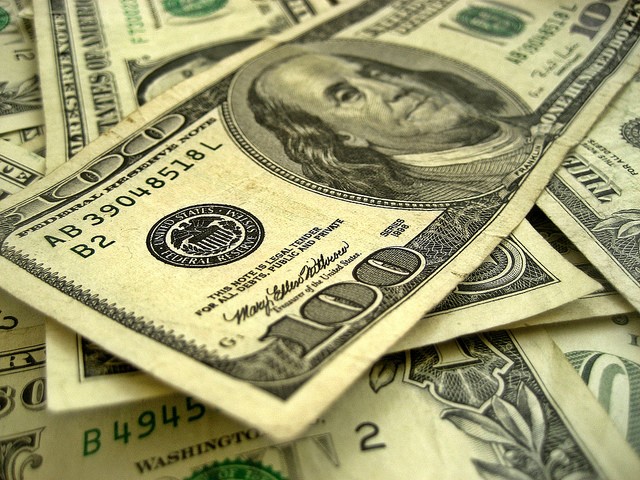 Last week, President Donald Trump promised his administration would enact a “revolutionary” change to curb the prices that Medicare pays for some prescription drugs. But critics questioned how successful that effort would be. Any attempt at reform is bound to slam into the powerful and entrenched pharmaceutical industry, which has a long history of wielding influence through big campaign donations, both in Congress and in state legislatures, including Oregon’s.

In the past decade, 68 pharmaceutical political action committees have donated a total of $79 million to members of Congress, making the industry among its largest contributors, according to a recent analysis by Kaiser Health News, a nonprofit news service.

The single biggest Oregon recipient of pharma dollars in the current election cycle, which started in January 2017, is Rep. Greg Walden, a Republican whose district covers Eastern Oregon. Courtesy of his post as chairman of the House Energy and Commerce Committee – which has a major role in drug regulation – Walden’s campaign committee has pulled in nearly $270,000 from big pharmaceutical companies this cycle, the Kaiser analysis found.

But Trump’s plan – which skeptics doubt he will implement – might circumvent Congress and use administrative procedures instead to set caps on some U.S. drug prices in line with the lower prices that predominate in other developed countries.

Last Friday, a trade association representing many of those big donors came out swinging against Trump’s plan, saying it would inhibit research and hurt patients.

In Oregon’s congressional delegation, the pharmaceutical industry has focused is largesse on three members: Walden; Democratic Rep. Kurt Schrader, who also sits on the Energy and Commerce Committee, and Sen. Ron Wyden, the top Democrat on the Senate Finance Committee, and a member of its Subcommittee on Health Care.

“Since we do not have major pharma companies in Oregon, big pharma only pays attention when a member of our delegation sits in a position of power – the appropriate committees, or in party leadership in either chamber,” said Jim Moore, a politics professor at Pacific University who tracks Oregon elections and public policy issues.

Schrader received $85,000 from pharmaceutical companies this cycle, taking his total in the past decade to more than $400,000, the Kaiser analysis found. Schrader’s fifth congressional district covers the Salem area and the north Oregon Coast.

Other members of Oregon’s congressional delegation received little or nothing from pharmaceutical companies.

The pharmaceutical industry gave Rep. Peter DeFazio, a Democrat who represents southwestern Oregon, zero in the decade evaluated by Kaiser. Sen. Jeff Merkley received just $31,000, all of it before 2015.

Walden had been largely ignored by pharmaceutical companies since his election to Congress in 1998. But with control of the House swinging from Democrats to Republicans in 2011, and with Walden’s growing importance in the GOP, including his 2012-16 successful stint as chairman of the National Republican Congressional Committee, pharmaceutical money began flowing to him.

Since 2011, his campaign coffers have received nearly $750,000 from pharmaceutical groups, the Kaiser study found. His naming as chairman of the Energy and Commerce Committee, effective January 2017, turned on the money spigot, from pharmaceutical and other companies.

Pharma money has helped Walden attain what is for him a record level of fundraising. In the current cycle, he has received a total of nearly $5 million, according to Federal Election Commission records. His Democratic opponent in the current November election, Jamie McLeod-Skinner, has raised a little over $900,000.

In the 2015-16 election cycle, Walden pulled in $3.3 million from donors, including nearly $200,000 from pharmaceutical companies.

But Walden said he doesn’t feel obligated to donors.

Walden “has said repeatedly, the only thing that is owed to contributors to his campaigns is a ‘thank you.’ Period,” a statement from his office said. Walden stressed that he has done more than any other member of Congress to end “the deadly cycle of (opioid) diversion, addiction and overdose.”

Last week, Trump signed into law Walden-sponsored legislation adding opioid treatment options and cracking down on the illegal import of opioids. The bill received strong bi-partisan support – it was co-sponsored by DeFazio -- although McLeod-Skinner said it doesn’t go far enough.

Moore, the political analyst, said campaign donations don’t necessarily ensure votes but do guarantee that lobbyists will have access to the lawmaker and that person’s staff.

“Walden would know nothing about pharmaceuticals aside from budgetary impacts and prices,” Moore said. “Lobbying gets Walden up to speed on what drugs actually do.”

While pharma courts Walden, they’ve ignored DeFazio, who holds little appeal to lobbyists looking for leverage. He’s on no committees that have much to do with the industry -- he’s on the House Transportation and Infrastructure Committee, so much of his campaign cash comes from railroad, trucking, airline and construction interests --  and his party has been in the minority in the House since 2011.

DeFazio has also been a vociferous advocate of sharp curbs on drug prices.

“While Americans pay exorbitant costs for prescription medications, billions of U.S. tax dollars are spent every year on pharmaceutical development and distribution,” DeFazio said. “Bizarrely, there is no adequate regulation in the pharmaceutical industry to ensure drug companies can’t reap massive profits on the taxpayer’s dime.”

DeFazio said Trump has failed to follow-through on his campaign promise to allow federal authorities to negotiate lower drug prices.

“As candidate for president, Donald Trump repeatedly boasted that he would be able to negotiate lower (drug) prices if given the opportunity,” DeFazio said, pointing out that he has introduced a bill that would require the president to negotiate prices with drug companies, so as to “hold President Trump to his promise.”

DeFazio favors allowing the U.S. to buy pharmaceuticals from Canada, to benefit from the low sharply discounted prices Canada has negotiated with U.S. and other pharmaceutical companies.

In his proposal last week, Trump said he would link what Medicare pays for drugs to prices in other countries. Most other developed countries have national health care systems that negotiate what they pay for drugs. As a result, pharmaceutical companies charge those countries far less than they charge U.S. consumers.

The pharmaceutical industry has its own ideas about changes that should be made.

The Washington, D.C.-based Pharmaceutical Research and Manufacturers Association – PhRMA - which represents much of the industry, wants the federal Food and Drug Administration to streamline and speed up drug approvals and allow pharmaceutical companies to release more information about drugs before they hit the market.

It called Trump’s proposal “price controls” that would not benefit patients. The group said the limited price caps that currently exist in the United States often simply yield “windfall” profits for hospitals, the group said.

A Focus On The States

While keeping its eye on the administration and Congress, PhRMA tracks action in the states, giving money to governors and lawmakers who can pass policy that affects the industry.

In Oregon, for example, lawmakers have an ongoing interim committee on “fair pricing” of prescription drugs, and in years past has fought over disclosure drug pricing disclosures.

Since the start of this year, PhRMA has doled out just under $81,000 to the campaigns of dozens of members of the Oregon Legislature.

New York-based Pfizer has donated a total of $54,000, including $11,000 to Gov. Kate Brown. California-based Genentech, meanwhile, has donated $24,000, and skews toward favoring Republicans, giving $4,500 to House and Senate GOP political action committees, compared to $1,000 to a Democratic House PAC. California-based Amgen has donated just over $17,000 to legislators, and Indiana-based Eli Lilly, nearly $36,000.

The total for PhRMA and the four companies handily tops $200,000.

They all have given in earlier years but stepped up their donations this year.

A comprehensive review in 2016 found that big pharmaceutical companies had given the campaigns of Oregon statehouse lawmakers more than $1.1 million in the 2006-16 period.

The reason is simple, said Pacific University’s Moore: Drug price controls are an issue in the Oregon Legislature. “As at the federal level, a big state issue is (drug) prices,” he said. “States can regulate a lot of medical issues … so it behooves pharma to keep open its access to Oregon state lawmakers.”

Oct 29 2018
Keywords:
pharma, campaign contributions, Greg Walden, peter defazio
×
This article is for premium subscribers. If you are one, please sign in below.
You can see two more premium stories for free. To subscribe, click here. We depend on premium subscriptions to survive, and they are tax deductible.
Sign InGo Premium Not now