Is Competition Really Good for HealthCare? 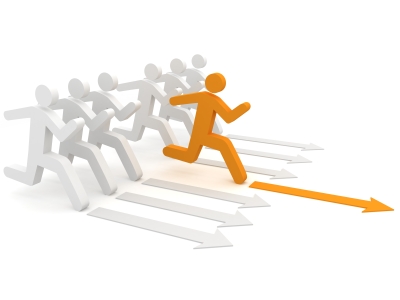 OPINION -- Competition is supposed to be good for healthcare. Only with competition, it is said, will we get the highest quality healthcare at the lowest cost. But is this true? Where’s the evidence?

In the 1990’s capitated managed care was supposed to prove the benefits of competition. Insurance companies would compete with each other to keep people healthy and by keeping them healthy, they would make money. But unfortunately, the bottom line of the insurance companies was not the health of its customers, but profit. They competed with each other to avoid caring for the sickest patients and to deny coverage for treating illness.

And now we have the Affordable Care Act--Obamacare--which is based on the same principles of competition. To be sure, there are some benefits to Obamacare. More people will have access to health insurance and coverage can’t be denied for preexisting conditions. But once again, the insurance companies are in charge, and we know what their ultimate goal is.

In pursuit of profit maximization, they expend enormous amounts of money on bloated salaries for their executives and on advertising to lure customers from each other. Moda (the insurance company previously known as ODS--how much was spent to have someone think up that more appealing name?) paid $40 million for the naming rights to the Rose Garden. How much medical care could that have paid for? How much was added to the monthly premiums of its customers so that the Rose Garden could be called the Moda Center?

The bronze and silver policies that most people will select under Obamacare have enormous deductibles so that people are discouraged from seeking routine medical care and from getting the companies to provide something in return for the premiums. And the companies will continue their efforts to avoid caring for the sickest patients and to deny coverage whenever possible. The “choice” in the “healthcare marketplace” is limited to policies of companies whose bottom line is not patient care, but profit. (The “not for profit” companies have the same bottom line as those that are “for profit”--they just have to call it something else.)

Is competition among drug companies a good thing? One would think that “ethical pharmaceuticals” would compete to offer the best products at the lowest prices. But like the health insurance business, the “competition” is only to see who can derive the maximum profit. We get the drugs that are most profitable and most easily marketed, not the drugs we need. And the price of the drugs is whatever the drug companies can get away with.

The business model of competition and profit seeking is even being foisted on doctors. “Pay for performance” is promoted as a way to get doctors to improve the care they provide. What an insult to the medical profession! Doctors don’t need a financial incentive to be motivated to provide quality care for their patients. When pay for performance has been put into effect, doctors and hospitals have shown that they know how to game the system, but there has been no evidence that pay for performance has actually improved patient outcomes.

If competition is so wonderful, why don’t we have competing police departments, fire departments and armed services? Clearly, the business model--competition and making a profit--is not always appropriate. The competitive model for healthcare is a terrible idea--inefficient, immoral, and colossally expensive. A recent study estimated that a single payer system would save $592 billion in administrative and pharmaceutical costs. Will we ever get a system whose bottom line is not making money, but caring for patients?

Dr. Leigh Dolin is a retired internist and past president of the Oregon Medical Association. He is currently an active member of Physicians for a National Health Program, which supports a single payer system.