Community Speaks Out Against Centene Sale

Rep. Phil Barnhart is among those concerned about the proposed sale of Agate Resources, and urged the insurance commissioner to be cautious before approving the transaction.
By:
Diane Lund-Muzikant 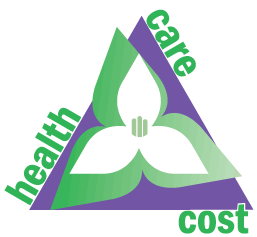 The proposed sale of Agate Resources – the parent company of Trillium Community Health Plan – to a Fortune 500 company is evoking strong criticism from mental health professionals, a state legislator and community activists, while Lane County officials are rolling out the welcome mat.

Centene Corporation, based in St. Louis, MO., is seeking to purchase the private corporation, which has more than 100,000 Medicaid members under its domain. The purchase price has not been announced, but the 217 shareholders of Agate are expected to reap financial rewards, including Terry Coplin, its CEO, who earned $492,324 last year. In 2014, Trillium closed the year with a net profit of $8 million, doubling that of 2013, when its profits reached $22 million. Compared to other plans, Trillium's earnings before interest and taxes was $36 million.

Among those concerned about this proposed sale is Rep. Phil Barnhart, D-Eugene, who expressed his skepticism to Insurance Commissioner Laura Cali.

“The state of Oregon should carefully and skeptically study the buyer and extract strong guarantees that are enforceable before allowing this sale to go through,” he told the commissioner in a written comment. “Otherwise, this transaction should be denied.”

A community activist, Priscilla Gould is troubled by the thought of a profit-making corporation running a Medicaid health plan because it has such a vulnerable population. “Our experiment in healthcare reform could be undermined by Wall Street’s need for short-term gain,” creating, she said, “an unfortunate precedent for all of Oregon.”

Saying her opinions were solely her own, as a private citizen, Gould is involved with United Way in Lane County, the 100% Access to Health Care Coalition, the PacificSource Foundation for Community Health, PacificSource Health Plans and Lane County ShelterCare.

Disadvantaged children and their families, many of whom need intensive services, could fall through the cracks if Centene ran its Medicaid program, according to Mark Beach, a program manager at The Child Center that’s offered psychiatric, therapeutic and special education programs throughout Lane County since 1971.

One strong indicator, he said, is Centene’s announcement that it intends to generate a 7 percent profit margin, double that of Agate.

“Where will the money come from?” he asked. “Centene will say things like ‘economy of scale,’ ‘efficiency,’ ‘elimination of fraud,’ ‘eliminating unnecessary services,’ and probably a bunch of other good-sounding things,” he continued. “I assure you that I will see, from the trenches, service reduction to needy children and families, reimbursement rate reductions, bankruptcy of non-profits and agency-level stress to decrease labor costs.

“What does the purchase of Agate look like to me? Robbery of public money which is supposed to stay in my community to help kids and families. The state of Oregon can and should manage this money and not turn it over to out-of-state profiteers,” he told the insurance commissioner, who will ultimately make the final decision about the purchase.

Beach isn’t alone in sharing his concerns about mental health services under the umbrella of a Fortune 500 company. Amy Kammerer, MA, a mental health therapist at Options Counseling and Family Services, believes Oregon will pay “an incalculable price for generations to come” if this sale goes through. “The wealthy corporate machine,” she said, referring to Centene, will profit at the expense of quality treatment for the youngest and most vulnerable in the community.

Kammeerer called upon the insurance commissioner to stop the sale. “Please do whatever you can to keep funding sources from being diluted at the top so that the citizens who are most at risk for mental illness, dropping out of school, teen pregnancy, addiction and incarceration can get the help and support they need to build resiliency.”

Steve Mokrohisky, Lane County administrator, has no qualms about the impending sale, and believes the community-based structure created by Trillium is not in danger of changing once its ownership does.

“Throughout the planning for this change, the expectation for continued community partnership has been emphasized,” he wrote. “All parties look forward to maintaining the elements that have made Trillium a successful partner and CCO, and to leverage the knowledge and resources that Centene offers in order to strengthen the infrastructure and effectiveness of Trillium in the community.”

To assure that all the voices are heard, the Oregon Insurance Division has extended the comment period until June 12, and is conducting a thorough investigation of the transaction. Written comments may be submitted via e-mail to [email protected] or by mail to Ryan Keeling, Financial Regulation Section, Oregon Insurance Division, P.O. Box 14480, Salem, OR 97309-0405.