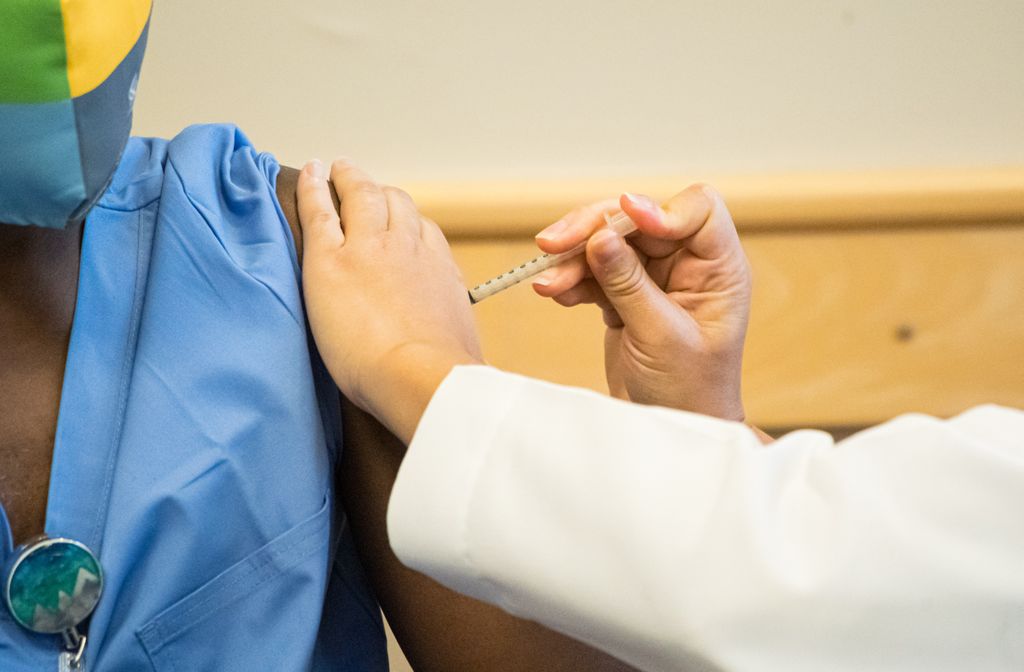 The county announced on Tuesday that it was opening up injections to those 65 and older who live or work in Clark County and to people who are at least 50 and living in a multigenerational family. The 50 and over category only includes people who cannot live independently and have a paid or unpaid caregiver or those who cannot live independently and reside with someone who works outside the home. It also includes those aged 50 and over who are caring for a grandchild. The category excludes anyone 50 and over caring for a partner or child.

The county makes it easy to sign up through the public health website but there is one caveat: It's being bombarded with demand. A notice advises consumers to keep checking if the site is down.

Residents can also use a signup form called PhaseFinder which has been used since the beginning to help hospitals and other facilities with supply to find those who are eligible.

The Clark County signup page promises that those who fill it out will be contacted by a public health official to make an appointment for the first dose. The county has supplies of vaccine made by Moderna and Pfizer-BioNTech. Both require two doses either three or four weeks apart for full inoculation.

The county did not release information on supplies. The number of people eligible under the wider definition exceeds the county’s vaccine supply and capacity of local health care facilities to administer doses.

Washington state says that everyone who gets a first shot will get a second one, however.

The state also has a listing of available vaccine sites -- unlike Oregon which has a fractured system that forces residents to search online, scroll through Twitter, ask their health care provider or family and friends. Washington state plans to open several mass vaccination sites next week, including one at the Clark County Fairgrounds. Oregon has three mass vaccination sites. The latest, at the Portland Convention Center, opened Wednesday.

Washington, like Oregon, also has a vaccine dashboard but it's more detailed, with a breakdown by County. It shows that Clark County ranks fifth statewide in the number of shots it has administered: 14,106. King County, the home of Seattle, has injected the most people at 126,258. That's followed by Pierce County at 37,196, Snohomish County at 23,998 and Spokane County at 21,307.