The U.S. House of Representatives is considering a series of amendments that would moderate the impacts on Medicaid, particularly for long-term care services for the elderly and disabled. But without any changes, these services would see a $150 million cut and middle-income seniors would bear the heaviest cost in the individual health market.
By:
Chris Gray 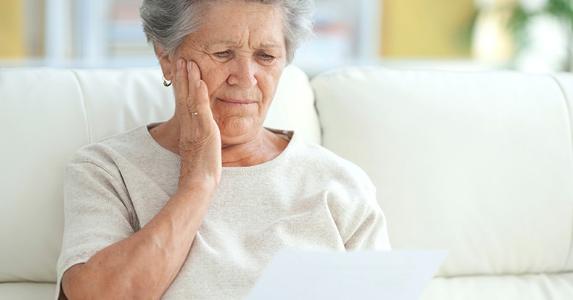 The Republican health bill up for a vote in Congress tomorrow could come down hardest on seniors and people with disabilities, cutting $150 million from state programs and capping the amount of money the state can spend on long-term care services.

But last-minute changes to the bill from House Speaker Paul Ryan, R-Wis, and Oregon’s Rep. Greg Walden, might blunt the impact of these subsidy cuts, however.

The bill that passed two committees early this month spikes the cost of individual health insurance policies for low- and middle-income people ages 50 to 64 by allowing health insurers to charge them five times as much as young adults and slashing back subsidies for some seniors by as much as $10,000.

Jon Bartholomew, the Oregon-based lobbyist for AARP, which represents Americans 50 and older, called these changes an “age tax” for his members. “People will see premiums go up and they’ll get less of a tax credit.”

Many of the 24 million people the Congressional Budget Office estimates that the American Health Care Act would cull from medical coverage would be older, lower-middle class seniors who could no longer afford their premiums. Bartholomew said a 55-year-old making $17,000 -- just above the cutoff for Medicaid -- would see their premiums go up $8,400.

Jim Carlson, president of the Oregon Health Care Association, a collective of senior healthcare providers, said that amendments he’s seen would moderate the cuts to Medicaid by about $60 billion, potentially restoring $60 million to Oregon.

Other amendments under consideration would increase the tax credits to offset the dramatic loss in subsidies for people over 50 who buy individual health insurance.

Leslie Clement, the policy director at the Oregon Health Authority, singled out inflation caps on long-term care payments as a key negative effect of the Republican health plan on the state Medicaid budget, while Department of Human Services Director Clyde Saiki said the state could lose the 6 percent funding increase it received for home- and community-based care under the Affordable Care Act.

Carlson, however, questioned the assumption from the state that it would lose this enhanced funding it had received as a result of the so-called K Plan.

He believed that the enhanced funding may be “baked in” to Oregon’s Medicaid long-term care funding levels, and that funding will only be restricted going forward based on 2016 spending levels.

Carlson also said there was an amendment that softens blows to Medicaid funding by allowing spending to increase each year at medical inflation plus 1 percentage point for long-term care for the elderly and disabled while leaving it at the rate of medical inflation for able-bodied adults.

Medical inflation is currently about 3.5 percent, meaning long-term care would see a 4.5 percent annual increase, which would rise or fall with the consumer price index. While Medicaid cuts for able-bodied adults would be significant for other states, Oregon has already agreed to price controls of 3.4 percent for its regular program, the Oregon Health Plan, administered by the Oregon Health Authority and 16 locally owned and operated coordinated care organizations.

The latest federal Medicaid waiver for Oregon may actually have reduced the funding the state could receive for coordinated care organizations, since it agreed to cap increases at a rate below standard medical inflation -- while not receiving a dime of additional money, unlike the 2012 waiver, which gave Oregon $1.9 billion.

But due to the more unpredictable nature of costs of providing care for seniors and people with disabilities, Oregon never agreed to that strict inflation cap for long-term care services, which are governed by a different state agency, the Department of Human Services.

Carlson said that services for elderly and disabled people are very labor intensive. The low unemployment rate has reduced the labor pool and driven up wages. Additionally, the U.S. Department of Labor now requires overtime for homecare workers, and Oregon has significantly raised its minimum wage.

A state estimate found that the Republican American Health Care Act would end health coverage for 465,000 Oregonians, or the state could spend an additional $2.6 billion over the next 10 years, and continue to provide Medicaid to 350,000 of those people.

If the state also lost $150 million in reduced funding for home- and community-based care for seniors and people with disabilities, Saiki was unsure whether they would end enrollment for the programs or cut back on the services that they provide to existing members or both.

“If we lost $150 million a year, there’s no way we could backfill that,” he said. The potential for lost funding imperils services for nearly 40,000 Oregon seniors, 18,000 adults with disabilities, and 7,500 disabled children, according to the state report.

Bartholomew of AARP said any cuts to the K Plan would be irrational and short sighted: “If you deny services to people who qualify for nursing home care, they’ll get sicker faster and go into a higher level of care. It’s not a rational approach.”

Carlson called the state’s analysis fair but said it was based on the initial bill voted out of two House committees earlier this month and last week’s Congressional Budget Office report. With amendments coming, the actual effects on Oregonians are a moving target.

One helpful amendment, he said, would allow states to renew Medicaid applications only once a year -- as they do now --rather than force them to check eligibility every six months. Another amendment would allow Oregon to continue to apply coverage retroactively if a renewal briefly lapses.