Agate is the parent company of Trillium Community Health Plan, which has more than 100,000 members in Lane County.
By:
Diane Lund-Muzikant 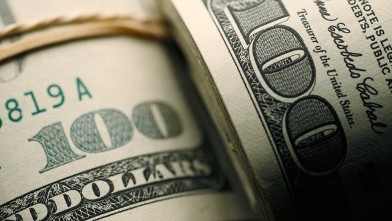 Criticism is mounting about the potential sale of a Medicaid-funded health plan to a Fortune 500 company. If the Oregon Insurance Division approves the sale, community activists fear other Medicaid plans will follow its lead, turning Oregon into a for-profit hot bed.

Centene Corporation has offered to purchase Agate Resources, the parent company of Trillium Community Health Plan, for $80 million to $130 million, according to The Register Guard, which, together with The Oregonian, filed a public records request.

Because of that huge price tag, other insurers interested in swapping up some of the other coordinated care organizations around the state are holding back and, instead, have decided to establish stronger relationships, resulting in memorandums of understanding, a reliable source told The Lund Report.

Meanwhle, the Eugene newspaper also reported that the “Oregon Insurance Division has blacked out the identities of Agate’s 217 individual owners and the payouts they would receive under the sale, but those owners would receive an estimated $128 million.”

The majority of these shareholders are Lane County physicians and also include Agate CEO Terry Coplin, who earned $492,324 last year. That compensation package included a $96,230 bonus and stock awards of $46,000. The previous year, Coplin earned $366,530.

Over the past 30 years, Centene has grown from a single health plan in Wisconsin to become a $10 billion Fortune 500 company trading on the New York Stock Exchange. With nearly 10,000 employees across the company, its health plans serve 2.9 million members.

If Centene takes over, critics are concerned that people on the Oregon Health Plan will face access problems because of physician shortages. Last year, Trillium and Cascade Community Health in Klamath Falls were the only two CCOs that had to shut their doors to new members after being unable to keep up with the Medicaid expansion.

That concern was echoed by Rene Salm, an Oregon Health Plan member, who’s had difficulty reaching Trillium by phone to verify if she has a primary care physician. “My own difficulties navigating the system strongly indicate to me that the system itself is not working well for the poor and large client base it is supposed to serve. Selling to an out-of-state company would be a further step backwards,” she told Laura Cali, Oregon’s Insurance Commissioner.

Rep. Phil Barnhart, D-Eugene also expressed skepticism. “The state of Oregon should carefully and skeptically study the buyer and extract strong guarantees that are enforceable before allowing this sale to go through. Otherwise, this transaction should be denied.”

A community activist, Priscilla Gould is troubled by the thought of a profit-making corporation running a Medicaid health plan with its vulnerable population. “Our experiment in healthcare reform could be undermined by Wall Street’s need for short-term gain,” creating, she said, “an unfortunate precedent for all of Oregon.”

Centene’s only interested in future profits, that’s the reason it wants to purchase Trillium, said P. Evalyn Cole, CEO of the Spine Surgery Center in Eugene. The sale, she said, “will mean more reductions in payments to healthcare providers and more reductions in authorized services to patients.”

But everyone’s not as skeptical. Dr. Scott Williams, medical director of emergency medicine at Sacred Heart Medical Center believes Centene can add significant strength to Trillium’s data infrastructure, enabling providers to “get the real-time information necessary to manage our members’ illnesses and maintaining our members’ health.” And, if a fiscal storm confronts Oregon, he said, Trillium can survive because of Centene’s strong capital base.

Controversy hasn’t eluded Centene. Last year, its health plan in Texas found itself in the center of media attention after denying emergency surgery for a seven-month-old infant with a brain tumor.

Fox News got wind of what was going on, sharing the news with their viewers nationwide and, almost immediately, Superior Health Plan changed its mind, and agreed to pay for the surgery, having earlier told the parents that Texas Children’s Hospital was not in its network.

Coplin is convinced nothing like this will happen in Oregon, and is remaining at the helm for another year once the transaction goes through.

“Centene is not bringing people in to run this organization; I have assurances from their management,” Coplin told The Lund Report. “Sure, they could do it if they really wanted to, but they’re not stupid. We have the local expertise; we know the market, they don’t, and we’ve been successful and they don’t fool with success.”

Agate entered into this purchase agreement because of the increasing administrative and regulatory demands facing the coordinated care organization and the efficiency of bringing a national organization on board, Coplin added.

“I’m proud of the fact we’re bringing the resources of a Fortune 500 company to Lane County. They have a very robust technology system and a whole suite of care management software. They really stressed our ability to keep up, and each year those regulatory requirements are pushing up our administrative costs. They have some support infra-structure that would take us five years to build, and we think we can get access to them now.”

Once the transaction closes, a $2 million community fund will be established, with Centene and Agate each putting up $1 million. That fund will pay for services not covered by Medicaid, with a local community group determining the criteria.

“Centene is not bringing

“Centene is not bringing people in to run this organization; I have assurances from their management,” Coplin told The Lund Report. “Sure, they could do it if they really wanted to, but they’re not stupid. We have the local expertise; we know the market, they don’t, and we’ve been successful and they don’t fool with success.”

Right.  The first one is free.  United States is rapidly developing the worst, most inaccessable health care in the "developed" world.  In fact, "development" has come to mean nothing other than destruction of the social fabric and immiseration of increasing chunks of the population to the immense profit of a few predatory individuals and their ruthless organizations.  But they definitely are not stupid.