However, if the Republicans succeed in shutting down the federal government because of their opposition to Obamcare, it should only have a very negligible effect on Oregon’s health insurance exchange.
By:
Diane Lund-Muzikant 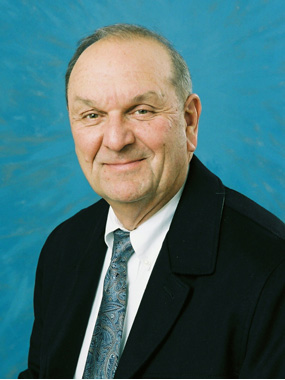 September 25, 2013 -- All eyes will be on Cover Oregon tomorrow when its new website goes live, and people can compare health plans, review the quality ratings of each plan and determine,, using the online calculator, whether they qualify for a government subsidy.

What they won’t be able to do, however, is buy a health plan for themselves – not just yet. For the first several weeks – until November 1, they’ll need to rely on an insurance agent or community partner who can sign them up with a health plan starting Oct. 15. All the health plans on the exchange, along with the benefit designs, will be appear on Cover Oregon ‘s website Oct. 1 -- www.coveroregon.org. People with questions can also reach the call center – 1-885-COVEROR.

Executive director Rocky King is the first to acknowledge it won’t be a smooth ride. Even President Obama admitted that, he said. “It’s going to be a bumpy takeoff but six months from now we’ll look back and say look at all the people with insurance. This has always been about the health of Oregonians, and service is our number one priority. Employees and individuals will have an unprecedented choice of health plans for the very first time.”

A recent national survey also showed that Portland has the lowest insurance rates on its exchange, compared to 17 other cities across the country.

Despite the millions of dollars spent by Cover Oregon, everyone’s concerned about the technology, King said, and whether it will work as tested. “We know there are going be a variety of bugs, but you never know what’s going to happen until you go live.”

One huge bump is whether the Congressional Republicans succeed in shutting down the federal government in their attempt to defund Obamacare.

Cover Oregon has a $226 million grant over the next two years from the feds -- those dollars have been spent building the information technology and for staff while $28 million has been earmarked for marketing, outreach and community partners such as tribes.

No matter what happens in Washington D.C over the next few weeks, King has no reason to remain dubious since Cover Oregon receives those grant dollars in a similar fashion to Social Security checks.

“All the big money, the heavy lifting and heavy iron has already been spent on the information technology side; if the Republicans were going to fight, it should have been over that, now it’s too late,” said Richard Skayhan, a local insurance agent with Leonard Adams in Portland.

A shutdown could, however, affect Cover Oregon’s ability to interface with the federal hubs for income verification and to determine residency requirements. However, people do have 90 days to provide that information.

King also doesn’t expect people to choose a health plan during the opening day of the exchange or even the first month since coverage doesn’t begin until Jan.1, but considers the latter half of November and early December the prime dates to watch – while December 15 will be the last day for coverage starting Jan. 1. .

His staff intends to release metrics each week about the number of people choosing health plans, and traffic on the website, with the most meaningful information released at Cover Oregon’s board meeting on Oct. 17.

Criticism has also been launched about the limited benefits offered by health plans under the exchange many of which have slimmed down their networks and are requiring people to choose a primary care provider medical home before seeking care from a specialist. Kaiser and PacificSource fall into that category.

Unless people qualify for a subsidy, they’re less likely to choose what Skayhan called “watered down” plans and seek coverage outside the exchange, while the younger healthier population might sit on the sidelines, creating risk problems for insurance companies. That could inevitably lead to cost shifts –higher premiums – for coverage offered outside Cover Oregon.

But people with higher incomes might appreciate the ease of the shopping experience with Cover Oregon, said Amy Fauver, chief communications officer. People can not only compare plans side by side but look at all the features such as copayments and know what they’re really buying. Also, whether a health plan is on or off the exchange, they must all cover the ten essential benefits such as emergency care, prescription coverage and prenatal care.

Having a medical home, King added, is the best way to reduce healthcare costs and avoid unnecessary use of the emergency room. “I’ve had a primary care medical home for the past 20 years and it’s worked fine for me.”

Skayhan is also dismayed with the 20-page application that must be completed before people can enroll in a health plan. That, he said, will not create frustration among consumers, but trickle down to insurance agents who are expected to spend upwards of an hour helping each person decide which plan to choose. Agents are only being paid $12-15 in commission each month for every person they sign up.

Cover Oregon has certified 1,600 agents and 1,200 community partners throughout the state, and people can find a list of agents by zip code on its website.

“It’s about getting it right, not getting it out,” King said. “And, when it comes to offering the best options to small businesses ‘almost right’ isn’t good enough. When we open S.H.O.P. a few weeks from now small business owners will find that we have created the most innovative product of its kind for small employers.

“We want to remind customers that Oct. 1 is a starting point, not a finish line,” King added. “Customers who want to buy commercial plans have until Dec. 15 to enroll for coverage to kick in Jan. 1, 2014. And enrollment for small businesses will be open all year round.”