SB 233 helps close a gap in health benefits when former prison inmates and state hospital patients return to society by asking the state to suspend rather than terminate Medicaid while such people are living in state institutions. It also ensures that prisons as well as jails save on hospital costs for inmates.
By:
Chris Gray 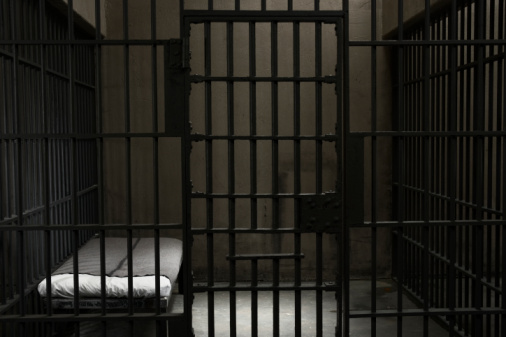 A bill making its way through the House should ensure that people leaving prison and the state hospital have immediate access to Medicaid, and allow the state to save millions each year by charging the federal health program for hospital care provided to inmates outside of state institutions.

Rep. Julie Parrish, R-West Linn, said this policy would have been a blessing for her late sister, who spent her life in and out of prison, where she would receive effective treatment for her drug addiction, only to lose all health coverage upon release, and cycle back into substance abuse and untreated mental illness.

“We spend a lot of money trying to stabilize these people,” Parrish said Wednesday at a House Health Committee hearing.

Steve Robbins, the health services administrator at the Oregon Department of Corrections, testified that 52 percent of Oregon prison inmates are diagnosed and treated for a mental health disorder, not counting alcohol and drug addiction. As many as 70 percent self-report some kind of mental health disorder.

Senate Bill 233 builds on earlier legislation that linked discharged inmates with Medicaid for those serving less than a year in jail by asking the Oregon Health Authority to suspend, rather than terminate, people’s health benefits while they’re in custody.

“The revolving door is still revolving, but it has slowed,” Parrish said, adding that the savings for counties that can bill Medicaid for inpatient hospital expenses has been a huge budget benefit for cash-starved local governments, particularly in Southern Oregon.

Administratively, the Oregon Health Authority has allowed the Department of Corrections to reinstate benefits when all prisoners are released, but SB 233 strengthens the statute for those in prison longer than a year.

Although testimony was limited to the Oregon Department of Corrections, the benefit for people leaving the state hospital could be even greater, as some patients have fallen through the cracks when they return home.

“It’s been an issue at least anecdotally. We’ve encountered folks who leave that environment and don’t have benefits when they leave,” said Chris Bouneff, the state director of the state chapter of the National Alliance of Mental Illness. “Anything you can do to simplify the process of someone being covered once they leave the state hospital increases the ability of someone to improve.”

At least for people who already have the Oregon Health Plan when they’re admitted to the state hospital, SB 233, “would allow the patients to have coverage beginning the day they are discharged or released without having to reapply,” according to Oregon Health Authority spokeswoman Rebeka Gipson-King.

Federal law prohibits the use of Medicaid dollars for care provided to people while they’re confined to state institutions, but in the 18 months since legislation was enacted in 2013 that allowed the Department of Corrections to charge Medicaid for off-site hospitalizations, the state prison system has returned $12 million to the general fund, according to Robbins.

Oregon’s counties may also have saved a few million dollars, but the county-by-county savings is not readily tracked statewide, and some counties are still changing their policies.

“There’s still some educating to do as not all jails are implementing this process yet,” said Stacy Michaelson, a lobbyist for the Association of Oregon Counties. But, she added: “Multnomah County estimates it will pay $1 million less in medical costs (for inmates) this year than they did last year, thanks to the new policy.”

The 2013 Oregon law, House Bill 2087, only gave county jails and the Department of Corrections a break on healthcare costs for inpatient healthcare at hospitals that are not run by the state.

A separate bill considered by the Senate Health Committee, requiring private insurers to continue coverage for their paying customers died in 2013, but the concept was partly revived and passed into law in 2014 for people held in jail awaiting trial.