Oregon OSHA conducts more inspections than average, but fines are the lowest in the country
By:
Courtney Sherwood 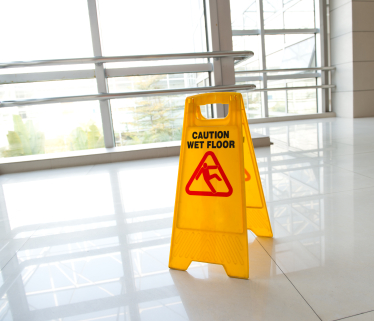 Hospitals face growing pressure to prevent patient injuries and stop the spread of infections. But are they doing enough to keep their own workers healthy and safe?

A Lund Report review suggests that in Oregon, regulators are de-emphasizing attention to hospital employee safety, despite national data showing that healthcare workers are injured in the U.S. each year at rates similar to farmers and hunters. Most Oregon hospitals have not been inspected by the state Occupational Safety and Health Division in years. And when on-the-job hazards are detected, Oregon’s OSHA office levies the lowest average penalties in the country.

Michael Wood, administrator of Oregon OSHA, says his agency’s inspection and enforcement efforts are driven by data, and aim to be effective and efficient with the resources available.

“When you look at injury data, hospitals are somewhat safer than other segments of the broader healthcare industry,” Wood says. Nursing home employees are particularly susceptible to injuries caused when moving patients, and to workplace violence, so Oregon OSHA has put a bigger emphasis on inspecting nursing homes than hospitals.

And some of the risks that hospital workers face are difficult to identify during routine inspections—such as the risk of getting infected with a patient illness. “Illness claims tend to be under-reported,” Wood says. And when a worker does get sick, it can be difficult to pin down whether the illness started at work, or was contracted somewhere else.

“The flip side of that is that hospitals have to deal with a wide range of inspection issues,” Wood says. “They have some inherent hazards built in. And it is difficult for us to get our hands around health issues, generally.”

Are fines enough for enforcement?

A review by OSHA’s federal office found that Oregon’s fines for serious violations were the lowest in the nation, averaging just $416. The federal average fine was $1,991.

The highest recent fine against an Oregon hospital - $26,960 – was also atypical. McKenzie Willamette Medical Center was penalized for improper handling of asbestos during renovations.

The next highest recent hospital fine, $560, was levied against Mercy Medical Center in Roseburg, for inadequate communication, which means improper labeling of chemicals, and for insufficient first aid procedures. Blue Mountain Hospital was dinged $525 for a “serious” asbestos exposure. Salem Hospital was fined $500 after a 2011 inspection found that 3,200 people had been exposed to a bacterial infection.

Often, hospitals are not penalized at all for violations. Silverton Health was not charged for a formaldehyde violation identified in July. In 2012, when OSHA inspectors found that 20 people might have been exposed to asbestos at Three Rivers Community Hospital in Grants Pass, they did not levy a fine.

“Yes, our penalties are as third as low as the national average for state programs,” says Wood, who calls this a policy decision.

“The value of a high penalty is that it can scare people to be in compliance if they think they’re going to get caught,” Wood says. “If you think about our freeways, the thing that has the greatest impact on how fast we drive up and down I-5 is not how much the penalty is. It’s whether or not you are going to encounter a member of the Oregon State Police. So we have focused on a higher frequency of inspections.

“We do issue penalties, and frankly employers complain all the time,” he says. “A small employer we cite for $300 doesn’t know he might be cited for $900 if he was in Kentucky. What he knows is that he has a $300 penalty he has to pay. That’s not crippling. We don’t want it to be crippling. Where we don’t get their attention, we ramp up the penalties.”

“Healthcare is a large sector of the workforce, by my count it’s something like 15 million workers, 12 percent of the American workforce,” Harris says. “But when you look at the OSHA side of it, they get relatively few inspections. You see billions of dollars of injuries every year, high injury rates. The only sector that gets hurt more than health care is the folks making a living with fishing boats, chainsaws, guns and traps. On the surface, that seems not OK.”

Harris agrees with Wood’s assessment that nursing homes are more dangerous places to work than hospitals. OSHA regulations are set nationally, and then implemented by regional or state-level offices. And on a federal level, OSHA has been pushing local offices to pay more attention to nursing homes, Harris says.

“In a typical year, across the entire country there are maybe a few hundred hospital inspections,” Harris says. “Of all the inspections OSHA will do in a typical year, maybe half a percent are of hospitals. People will say, maybe the reason they don’t do inspections is that they don’t have to. Hospitals are clean and orderly, smart people work there. But the statistics argue otherwise, because hospital injury rates are quite high. If they are having these high rates of injury, why don’t they get inspected? I don’t know the right answer to that. A lot of it is just perception. Where are you more likely to get hurt – a hospital? Or a manufacturing place that makes cars? Maybe 99 percent of people will say, oh, the car place, because there are machines, there are chemicals lying around. But you are far more likely to get hurt in the hospital. “

Oregon OSHA is doing better than the national average. It’s inspected 18 of the state’s 58 hospitals in the past two years.

Nurses in the state feel that their workplace safety has been generally well tended to in recent years, says Cathy Van Zyl, spokeswoman for the Oregon Nurses Association.

“Safe lifting and needle pricks have historically been issues in healthcare,” she says. “Both have been addressed adequately, for the most part, by OSHA, over the last few years.”

When hospitals are inspected, about half the time it’s the result of an employee complaint, Harris says. And the citations they receive fall into a broad range of categories, including how chemicals are labeled and handled, and how injuries are recorded and tracked.

In Oregon, complaints were linked to about a third of inspections.

Oregon OSHA uses a complex mix of data and expert opinion to decide which workplaces to inspect each year, says administrator Wood.

In the past, the state agency used workers compensation claims to determine which locations to inspect.

“We changed that a few years ago,” Wood says. Many Oregon employers are so small that the data-driven analysis was not statistically meaningful. “The fact that they didn’t have a claim last year doesn’t reflect their risk, just normal statistical variation.”

Now OSHA only looks at the data on a broad industry-level. “We decide which industries to target, then within each tier of industries we do a random selection,” Woods says. “In the highest hazard industries, we set out to inspect 30 percent in any given year.”

The change seems to have be resulting in better targeted inspections. “As we look at the data, the percentage of our health inspections where we find no violations has decreased since we changed the scheduling system,” Woods says.

And if hospitals continue to receive few inspections?

It’s all about priorities and perceptions.

“In terms of the question as to how safe hospitals are as work places, in general I would say I consider them a safer place to work than heavy industry, construction, manufacturing, and probably a more hazardous place to work than where you or I work, or the retail sector,” Woods told a reporter. “They are what I would consider a moderate risk activity. A lot of that is about the risks surrounding patient handling.”

Harris, the workplace safety expert, says there are many ways at looking at the data.

But drill down deeper, and the numbers portray a more nuanced views. Hospital workers are relatively unlikely to be killed on the job. And employees of other industries are more like to miss work as a result of their injuries. Across all job sectors, 50 percent of injured workers miss work, according to the U.S. Bureau of Labor Statistics. When a farmer or other agriculture worker is hurt on the job, there’s a 60 percent chance that he or she will miss work. At hospitals, only 40 percent of injured employees miss work as a result of their injuries.

Wood acknowledges that an OSHA inspection can catch violations, but that does not guarantee a workplace is safe. Identifying safety risks like trip hazards can be easier than identifying chemical and biological risks associated with hospitals.

“The general notion that we have a hard time getting our hands around chemical hazards is true,” Woods says. “Some of the issues with biological hazards are even worse. If a person catches the flu at work, it’s not going to show up in any surveillance system as having shown up at work. Other things, where there’s more effort to track the vector like tuberculosis, we may crack down. But most of that will go unnoticed.”

Harris says infectious diseases pose a challenge for agencies like OSHA. At a federal level, OSHA is concerned about infection control among healthcare workers, and credits healthcare-acquired infections with 99,000 patient fatalities. “That’s not including actual workers who are getting sick.”

But Harris concedes that it can be hard to tell if a hospital employee got sick at work, or instead picked up a virus from church or a child’s school. So while healthcare-caused infections are likely under-reported, “I don’t think there’s a conspiracy,” he says. “If I get sick tomorrow, I may not go to work. But I’m not going to necessarily going to say, ‘I could have caught that at work and I should report it…’ I’m just going to stay home until I feel better.”

The state closely tracks the spread of 30 communicable diseases, and has not identified hospital worker infection as a cause of concern, says Dr. Sean Schafer, medical epidemiologist in the Oregon Public Health Division. Many of those diseases are sexually transmitted and unlikely to be spread through workplaces.

Staffing at Oregon OSHA today is similar to what it was in the 1970s, even though the size of the state’s workforce has grown considerably. But Wood says he believes the state’s workplace enforcement agency is doing an effective job, given its budget constraints. He points out that Oregon workplaces – including hospitals – are inspected more frequently than the national average.

“There is, of course, the broader question of what is safe. We say, ‘we didn’t find any violations,’” Wood says. “Somebody may say, ‘Then it’s safe,’ but we are hesitant to place the imprimatur of saving that a place is safe.”