The author contends that ASCs are reimbursed at almost half of the hospital rates in Oregon and nationwide.
By:
Chris Skagen 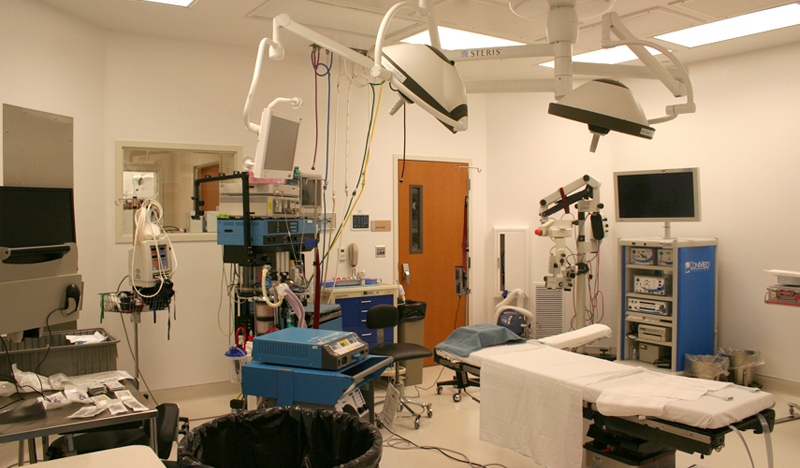 OPINION -- We respectfully disagree with the July 29, 2015 article “Hospitals, Ambulatory Surgery Centers, Specialists Drive up Costs.” While healthcare costs are indeed increasing, it’s not Ambulatory Surgery Centers (ASCs) that are the direct drivers of those costs mentioned in your article. How can they be when ASCs are reimbursed almost half of the hospital rate-and Medicare patients in Oregon and throughout the country saved more than a billion dollars thanks to less expensive care at ASCs?

The following are some key points of a national benchmark study and a state-wide economic impact statement confirming that ASCs not only save money, deliver strong economic benefits, but also offer great health dividends as well.

A University of California at Berkeley cost analysis released in 2013 shows how ASCs save billions of dollars for Medicare and its beneficiaries. Dr. Brent Fulton and Dr. Sue Kim, both from the Nicholas C. Petris Center on Health Care Markets and Consumer Welfare, School of Public Health, University of California Berkeley, conducted the cost savings analysis.

They reported that there were more than 5,300 Medicare-certified ASCs serving communities throughout the U.S. These ASCs perform many of the same procedures as hospital outpatient departments (HOPDs). ASCs, however, are able to provide care much more efficiently and without the costly overhead associated with hospitals.

Fulton and Kim analyzed Medicare data to determine how much ASCs save Medicare-and how much more they could save in the future. They reported that ASCs are able to provide services much more efficiently and without often costly overhead associated with hospitals. Industry calculations show that the Medicare program currently reimburses ASCs at 58 percent of the hospital rate, which shows that Medicare-and the taxpayers who fund it-realize savings each time a procedure is performed in an ASC and not a hospital outpatient department (HOPD). Their findings are significant:

In addition, a detailed economic impact report released in 2013 researched and written by John E. Schneider, PhD., Senior Director of Oxford Outcomes, Inc., concluded that in 2012, the total statewide economic impact of ASCs in Oregon was nearly $612 million. Here’s what the report showed:

Overall, with 93 centers currently licensed in Oregon there is likely an even larger economic footprint than what was found in the above cited 2013 study. Ambulatory Surgery Centers pride themselves in providing high quality, low cost care to patients throughout Oregon. We respectfully hope that you reconsider the proposition that ASCs are a major driver for the increasing cost of healthcare and that the information provided is useful to demonstrate this message. OASCA will continue to work hard and ensure that “our patients come first!”

*The US Bureau of Economic Analysis (BEA) Regional Output Modeling System (“RIMS II”) uses an input-output model to calculate multipliers by industry sector. In this analysis, the multiplier for the ASC sector of the economy exceeds 2, meaning that a dollar spent in the ASC sector, will result in more than double the economic impact.

Chris D. Skagen, JD, is executive Director of the Oregon Ambulatory Surgery Center Association (OASCA) and was listed as a 2014 ASC Leader Under 40 in Becker’s ASC Review. OASCA is a non-profit trade association that represents the ASC industry in Oregon, advocating for the safe, efficient and cost effective delivery of healthcare in the Ambulatory Surgery Center environment. More information is available at www.oregonasc.com.

Actuaries should evaluate the “benefit rush, hush and crush” cycle when estimating future medical cost trends.  Check out at: