Rep. Dennis Richardson might throw a monkey wrench into the mix during the upcoming legislative session
By:
Diane Lund-Muzikant 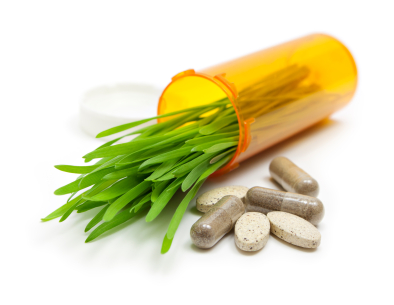 A non-discriminatory amendment is embedded in the legislation (Senate Bill 1580) that called for the creation of coordinated care organizations – charged with integrating physical, mental and dental care for low-income people on Medicaid.

But, CCOs aren’t required to accept every single provider in their community. “They don’t do that for all physicians, but they do need to provide some access and some choice,” Dr. Bruce Goldberg, director of the Oregon Health Authority, told legislators recently. “We’ve been working very closely with the CCOs from a number of perspectives on this issue. First and foremost, this is really an opportunity for any provider of care that offers high-quality, cost-effective care to come into the fold of a CCO.”

Now, to complicate matters, Rep. Dennis Richardson (R-Central Point), may introduce legislation – known as a hold harmless agreement – giving CCOs an exemption from being sued if a patient who’s seen by an alternative practitioner ends up with a bad outcome.

“If you want these other choices, you can’t have it both ways,” Richardson said at a health reform conference last month.

That idea has absolutely no merit and is unlikely to go anywhere, predicted Vern Saboe, DC, who represents the Oregon Chiropractic Association.

“Alternative care is much less invasive and results in less morbidity and mortality, and it is absolute nonsense to suggest there are liability issues and extra safety is needed -- as if we’re more invasive than traditional healthcare practices,” Saboe said. “We’re a nation of pill poppers, and there are 98,000 deaths due to adverse drug events, not including side effects, and these statistics don’t include hospital-acquired infections and wrong procedures.”

Instead, this should be seen as an opportunity for alternative practitioners to help fill the gap in the primary-care shortage, he added.

Sen. Jeff Kruse (R-Roseburg) is a strong believer. When his 84-year-old father suffered from serious back issues, none of his doctors were able to help. As a last resort, he saw an acupuncturist who finally gave him some relief.

“It’s important, as CCOs develop, that they be as comprehensive as far as medical treatments are available,” Kruse said.

Next session, Goldberg isn’t expected to ask legislators to do major tinkering with the CCOs, which pleases Kruse and Richardson.

“It’s prudent to let the CCOs do some of their own self-development,” Kruse said. “We can do some tweaking around the edges, but from the perspective of the legislative assembly we need to give them another year to develop before we look at any changes.”

However, the insurance exchange is definitely on the target range, and most likely the number one health policy issues facing legislators in the upcoming session.

Legislators are eager to know how the exchange is structured, what the benefit packages will look like and how to mitigate the anticipated increases in insurance premiums.

“I’m not sure there’ll be an incentive for small businesses to join the exchange if they have to pay higher premiums,” Kruse said. “And I’m not sure we’ve built in the incentives necessary or have the economies of scale to make the exchange as viable as it should be.”

He thinks it’s perfectly fine for state employees and school teachers to purchase their health coverage through the exchange. “That way, we can get to economies of scale,” said Kruse, who’s had conversations with the governor about seeking a federal waiver so people on Medicare can also join the exchange. “Part of the problem with transformation thus far is all we’re talking about is Medicaid and not comprehensive healthcare.”

Once the Affordable Care Act is fully implemented, in 2014, another 200,000 people are expected to qualify for Medicaid.

“The expansion population gives me great concern; it’s not that those people aren’t important but we need to look at the impact on the rest of the system and what it means moving forward,” Kruse said. “The feds say they’re going to pay for their care for two years and then it drops down to the regular reimbursement rates. Where is that money going to come from? I’m hoping we’ll have a full discussion nest session about that additional population. One of the things we’re supposed to do is look five to ten years down the line at the impact of our decisions, not just the immediate future.”

Please! CNM's (Certified Nurse-Midwives) are fully covered by OHP. Indeed, we "catch" more than 1 out of 5 babies born in Oregon--as fully licensed independent practitioners. I suspect you mean DEM's (Direct Entry Midwives). DEM's are currently not required to be licensed this state and represent a wide spectrum of educational preparation for providing out-of-hospital birth care. Consumers are confused enough about the distinctions without The Lund Report (one of my favorite sources of Oregon's nuts and bolts healthcare news) adding to the muddle. Sincerely, Patricia Barnes CNM Legislative Liaison and Policy Analyst American College of Nurse-Midwives Oregon Affiliate