Republicans on the Oregon House Rules Committee were skeptical of allowing state insurance regulators to ignore state law, but Regence BlueCross BlueShield and OSPIRG both support giving these emergency powers to avert the collapse of the insurance market.
By:
Chris Gray 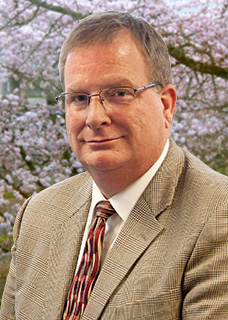 The Department of Consumer & Business Services has asked for a bill that would give the state agency wide range to ignore state laws governing individual health insurance if President Trump signs a major repeal of Obamacare into law.

House Bill 2342 would also give the agency this ability if Congress or Trump stop paying health insurers subsidies that reduce out-of-pocket costs for working-class consumers.

The agency’s director, Patrick Allen, told the House Rules Committee on Tuesday that the wide latitude is needed to ensure health insurance carriers that his agency has the ability to buffer them against major disruptions caused by the federal government.

The American Health Care Act, which the U.S. House of Representatives passed last week, would dramatically upturn the individual health market, allowing health insurers to charge people in their 60s five times as much as people in their 20s -- the current ratio is three-to-one.

The Republicans’ plan, crafted by Oregon U.S. Rep. Greg Walden, chairman of the House Energy & Commerce Committee, would also end the individual mandate and replace it with a penalty on people who want to buy insurance but had lapsed in coverage.

The plan also removes the income-based subsidies and replaces them with age-based credits. It will also eliminate cost-sharing reductions by 2020, thereby leaving many people who still purchase insurance with coverage they can’t afford to use. About 55,000 Oregonians qualify for help covering copayments and coinsurance when they seek medical care.

“We hope that the powers outlined in this bill are never put to use,” said Jesse O’Brien, of OSPIRG, who also serves as vice-chair of the insurance market advisory committee, which would oversee any state action. “It provides some necessary tools to act quickly.”

But Oregon Republicans bristled at giving Allen such sweeping powers to counter any disruption: “The scope is really broad,” said Rep. Greg Barreto of La Grande. “It doesn’t drill down on how big or complex it is to change state law.”

Barreto said the Legislature should instead call a special session to sort out what changes in the statutes Oregon must make to keep the individual health insurance market functioning.

Democrats such as Rep. Dan Rayfield of Corvallis said the Legislature would not be nimble enough to respond to a collapse of the individual health market in a special session. Over half the legislative staff is laid off at the end of the regular session, leaving fewer policy experts skilled enough to craft the proper policy response in the legislative branch.

Allen said his agency had those experts, however: “We’re on the hook for keeping the individual health insurance market stable,” he said.

The director added that the market had a near-death experience in many places outside the Portland Metro area last fall, but DCBS took unprecedented action to give an additional rate increases to Providence Health Plan, Atrio Health Plan and Regence, so that rural Oregon would still have a competitive market.

“This seems like the safest thing to try,” said Rep. Rob Nosse, D-Portland. “If it all went kablooie, we could still come in here for a special session.”

The American Health Care Act repeals the hated individual mandate, and replaces it with a penalty that punishes people for lapsing in coverage. The new penalty would steer healthy people away from the market and would primarily affect sick people who had gone without coverage.

Those two policies are likely to send the individual health insurance market into a death spiral, in which only the most desperate people would buy insurance and prices would skyrocket, similar to the experience of Washington state two decades ago, which deteriorated until no insurer would sell individual health insurance in the state until the Legislature changed the law so that people with pre-existing medical conditions were no longer guaranteed coverage.

The Congressional Budget Office does not predict a death spiral but does anticipate double-digit increases in premium rates until a $100 billion federal fund can kick in to help Oregon and other states stabilize the diminished market.