Oregon has chosen a familiar face to lead the state's Medicaid program as it heads towards the next phase, with a focus on mental health, value-based payments that reward outcomes instead of performing procedures and social determinants of health like housing.
By:
Jessica Floum 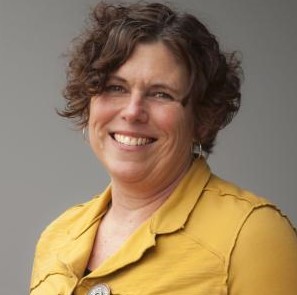 Oregon’s former Medicaid director Lori Coyner will return to the role on Jan. 28, filling the vacancy she left in 2017.

Coyner will oversee the Oregon Health Plan, which covers health care for nearly 1 million low-income Oregonians. She will start her new role the same month that the state is set to release a request for applications for its next five-year Medicaid contract.

"I'm very excited to return to (the Oregon Health Authority) and advance the work of Oregon’s health system transformation," Coyner said in a statement.

“She will be an invaluable member of our team as (we) move into implementing the next five years of our coordinated care … model,"  Allen said.

Coyner has worked in the health care industry for more than 25 years. She joined the Oregon Health Authority as director of accountability and quality in 2013. She led the development of two programs that set  goals for hospitals and for the coordinated care organizations that manage Medicaid coverage as a way to promote better care. As part of her legacy, those organizations receive yearly bonuses for meeting those goals.

Coyner worked on quality incentives as the health agency’s director of health analytics, and in 2015 she became Medicaid director.

During her year and a half tenure, she helped renew the state’s federal waiver that permits the use of federal dollars in Oregon’s region-based system, oversaw rate setting and helped address the Oregon Health Plan’s budget shortfall from 2017 to 2019.

While Coyner was Medicaid director, Oregon overpaid at least $41 million in Medicaid dollars to people who did not qualify for the program. Cowie said Coyner was not responsible for the overpayments, which he attributed to technology housed in the health systems division and overseen by the former head of the division and Medicaid operations director Varsha Chauhan.

The health authority has since restructured, Cowie said, putting operations under Coyner's control.

She left in July 2017 for a consulting position with Health Management Associates. Her departure followed criticism of a Medicaid re-enrollment process that left about 147,000 Medicaid members with suspended coverage and little access to care.

David Simnitt served as interim Medicaid director until October, Cowie told The Lund Report. The position has been vacant since, with interim Deputy Medicaid Director Dana Hittle taking on director responsibilities in the meantime.

Correction: Due to a source error, a previous version of this story incorrectly stated which department housed the technology that the health authority blames for the overpayment error.