By:
The Lund Report 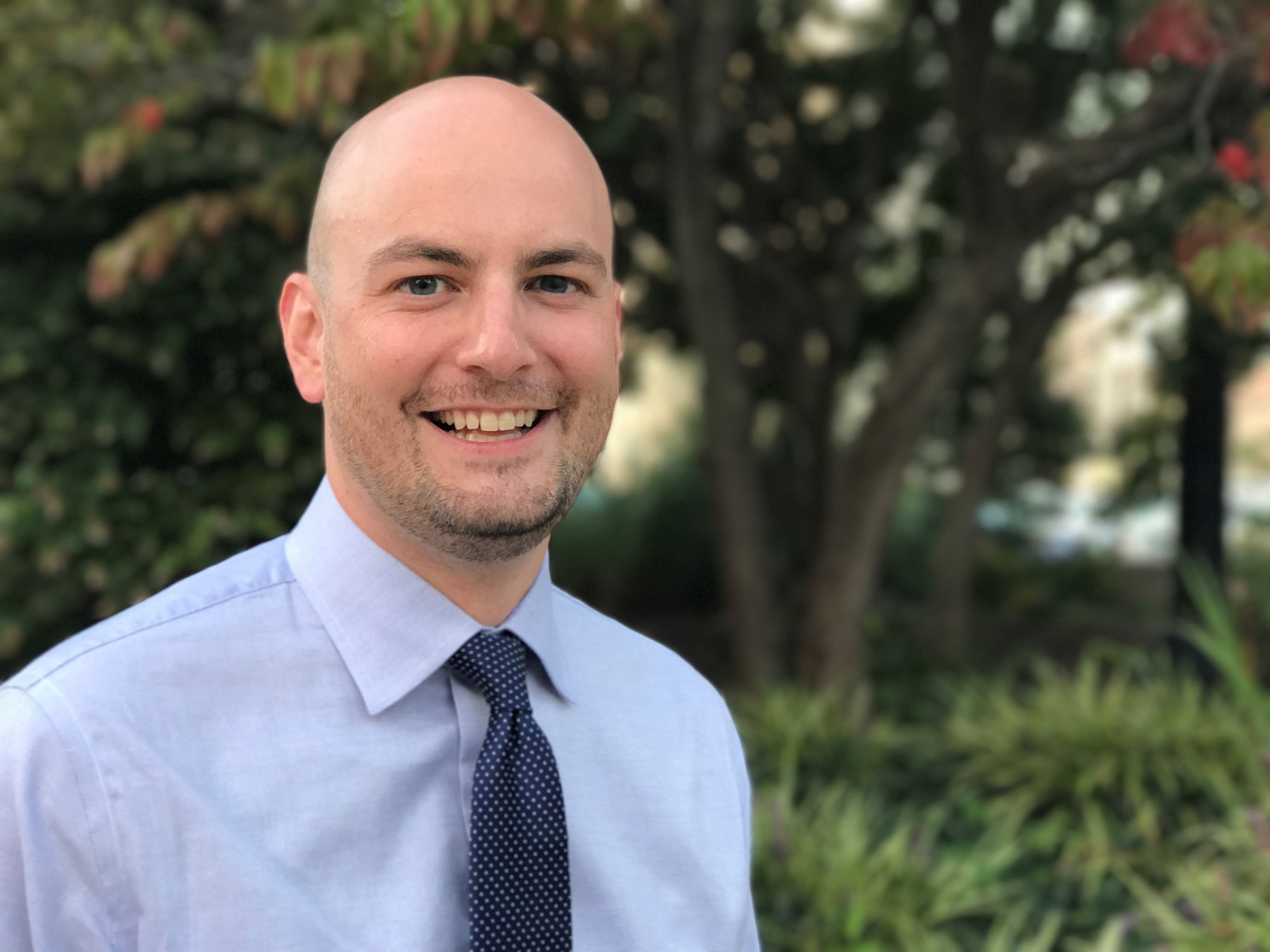 Disability Rights Oregon has been busy during the pandemic.

The group, which is federally mandated to protect the rights of people with disabilities, has received a steady stream of complaints from people about discrimination in health care. In one case, a woman who has a neuromuscular disease was admitted to a Portland area hospital for meningitis and ended up in a COVID-19 ward. Christine Getman, who runs a nonprofit, needs a personal care assistant to eat, get dressed and take care of other basics. She has a trach tube to breathe and uses assistants to allow her to communicate. But the hospital, which the group did not name, refused to let her assistant visit, citing state policy against hospital visitors during the pandemic.

Disability Rights Oregon pressured the Oregon Health Authority to issue new guidance to allow people like Getman to have the support they need. But that hasn’t helped much. Many hospitals are still not following that guidance.

So the group filed a complaint with the Office for Civil Rights at the U.S. Department of Health and Human Services.

Jake Cornett, the executive director of Disability Rights Oregon, said her example is just one of many cases of discrimination during the pandemic. Cornett took the reins of the group a year ago after serving as a senior advisor to Washington U.S. Sen. Patty Murray. He brings a depth of experience with health, education, labor and disability issues. Cornett will be speaking before the Senate Interim Committee on Human Services about issues that have emerged during the pandemic on Wednesday. We caught up with him last week to get a preview of what he plans to tell lawmakers. The interview has been edited for conciseness and clarity.

Q. The Oregon Health Authority publishes daily statistics on the demographics of who’s been affected by the virus. What do these statistics tell you?

A. As we’re looking at the reports on COVID, we’re not seeing any information on the number of people with disabilities who are dying, the number who are infected or testing positive and the number of people with disabilities who are being hospitalized. That is highly concerning because it raises all kinds of questions about what is being hidden about the impact and the lack of transparency how the state is responding to a group of people whom the CDC has identified as extremely high risk. That’s a problem.

Q. How has the pandemic, generally, affected people with disabilities?

Q. What are some of the details of the complaints?

A. One example would be that we investigated and substantiated a complaint about a person with an intellectual disability with COVID-19 who was being coerced by a physician to sign a do-not-resuscitate and do-not-intubate order. During that the physician cited things like the low quality of life of the person with the disability. To us that’s a phrase that’s synonymous with devaluing the life of a person with a disability and not seeing them as having equal worth in our society.

Q. What happened in that case?

A. I can’t say too much more about that case. The client is improving. We intervened in that case and took some steps to assist her with gaining access to the quality of care that she needed. As the statewide protection advocacy, that's really our role, to look for and solicit complaints from people whose rights are being violated and intervene to restore them.

Q. Are these complaints any different from what you receive normally?

A. Yes. There’s a long history of health care discrimination against people with disabilities in Oregon. What’s unique about these complaints is that a lot of this has to do with the basic concept of rationing health care. We ration health care when the supply of health care providers and equipment is fewer than the need. In Oregon, we have not had a shortage of ventilators (and) there are not (too few) physicians in emergency rooms and in intensive care units because Oregon is taking all of these good steps to reduce the spread of the disease. But even in the absence of the necessity to ration we are seeing health care providers and hospital administrators take steps like this to effectively ration health care. And that’s new.

Q. Can you name any of the bad actors?

A. We’ve seen it all around the state. That’s not the only complaint that we’ve received. That’s what’s interesting to us. We’re seeing it at most health care systems. To Disability Rights Oregon, this is where we look toward the state for leadership. In a scenario like this, what we should be seeing is very clear directives from the state of Oregon to hospital systems that discrimination on the basis of disability, age and race is illegal and will not be tolerated. So far, we’ve yet to see that kind of leadership from the Oregon Health Authority.

Q. Have you complained?

A. We certainly have. We’ve sent a raft of letters to state agencies.

Q. What has been the response?

A. It’s not been sufficient. We’ve seen a modest improvement on guidance that was issued related to hospital visitors which is very important for certain people with disabilities some of whom need assistance with medical decision-making, assistance with communication or just basic care. We’ve seen some improvement there but we’ve not seen the type of response that Oregonians with disabilities need.

A. We brought together a coalition of about 20 organizations, mostly statewide organizations representing people of color, people with disabilities and older adults, and we filed a federal civil rights complaint with the U.S. Department of Health and Human Services Office for Civil Rights. We’re asking them to find that Oregon’s health care rationing plan is unlawfully discriminatory and to direct the state to change it.

Q. What is this plan?

A. There’s a document called Oregon crisis care guidance that is the state plan for how to ration health care if there is a necessity to do so. When Disability Rights Oregon and others really dug into what that plan includes, it is highly problematic.

We know that there are long existing health disparities for people of color, people with disabilities and what that means is that when you start looking at how decisions are being made in the health care crisis, you need to guard yourself against having any bias enter that decision-making. That is where the Oregon crisis care guidance really falls down. It’s silent on the issue.

Q. What about a situation in which there is one ventilator and two patients and one patient has potentially 50 more years to live and the other, who is elderly with comorbidities, has perhaps 10 years to live. Are you saying in that instance they should be treated equally?

A. The fact is that discrimination on the basis of disability is unlawful. If a physician is looking at those two patients saying patient A has a disability and we know that because they have a disability their life expectancy might be less, I’m going to not give that person a ventilator. That’s unlawful. That’s a decision made because the person has a disability. Civil rights laws are not suspended during a crisis. They exist exactly for a crisis to protect those who are at risk around us.

Q. This gets at an ethics question that’s come up during the pandemic. What should that decision on who gets the ventilator be based on?

A. Physicians need to make an assessment and make that assessment based on immediate need. The moment you start allowing things like long-term survivability which is incredibly inaccurate and subject to bias, you immediately run afoul of civil rights violations.

Q. Has this crisis care guide been applied and hurt people with disabilities in Oregon?

A. I don’t know every case and how it’s played out. (But) the fact that we are seeing bias in medical decision making in the absence of a shortage of ventilators, in the absence of a shortage of physicians, that’s highly concerning. If that bias is happening now, then if we get to the point where there is a ventilator shortage, if COVID-19 rears its head again and infection rates begin to increase in the fall as so many epidemiologists are predicting, then we very badly need very clear nondiscrimination statements and directives from the state government in order to protect the lives of people with disabilities. That’s where there’s an opportunity for Oregon. As a state, we’ve come together, we’ve taken all these steps to lessen the curve. We need to take the next month to address some of these issues if or when COVID-19 increases again.

Jun 1 2020
News source:
The Lund Report
Keywords:
Disability Rights Oregon, Jake Cornett, mental health, public health
×
This article is for premium subscribers. If you are one, please sign in below.
You can see two more premium stories for free. To subscribe, click here. We depend on premium subscriptions to survive, and they are tax deductible.
Sign InGo Premium Not now