About 1,000 Contracted Health Care Workers Will Stay In Oregon Into 2022 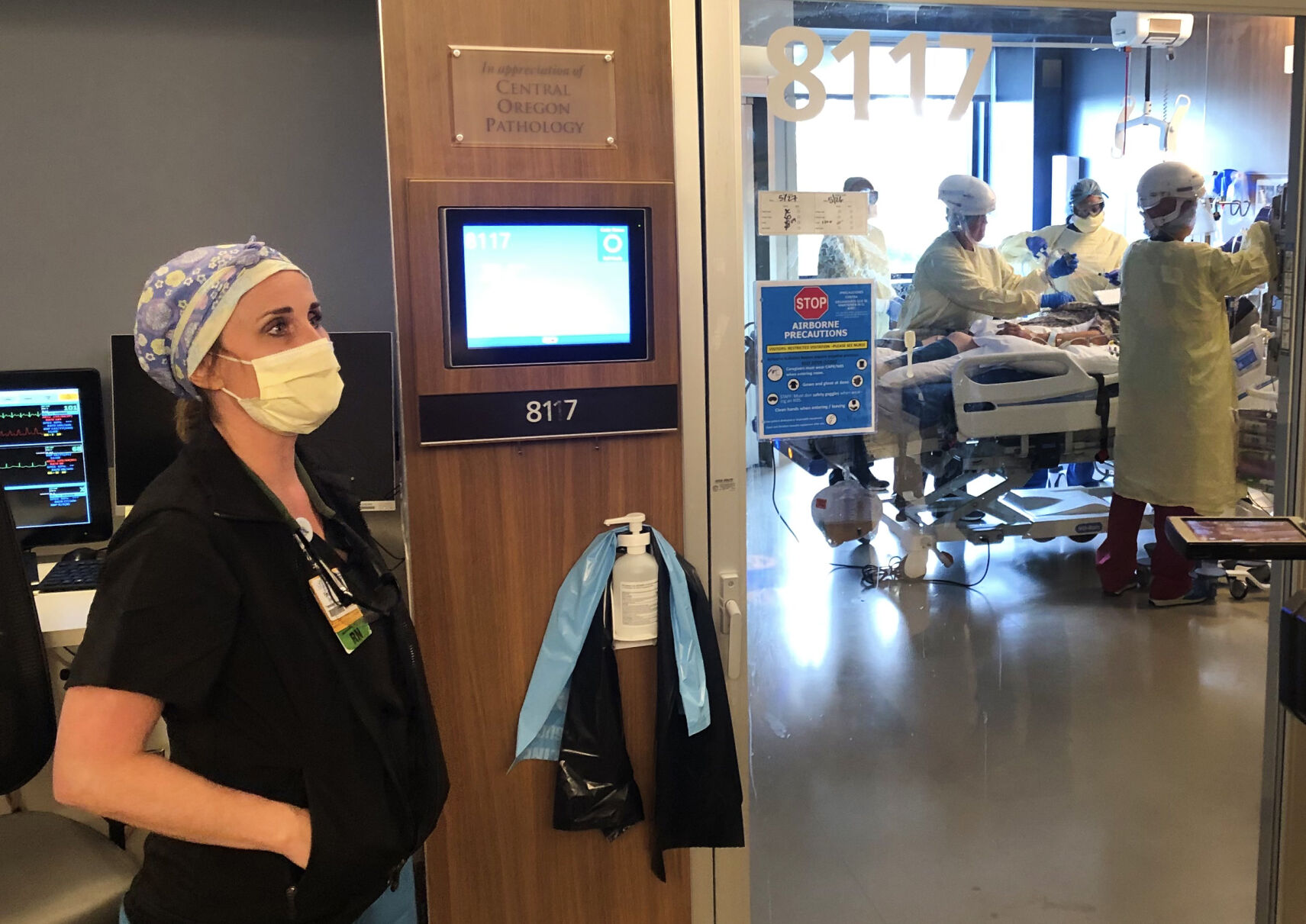 About 1,000 contracted health care workers will stay in Oregon until at least mid-January 2022 to provide relief to understaffed hospitals and other facilities, Oregon Health Authority officials said.

Oregon state officials have extended a contract with Colorado-based Jogan Health, one of the three contractors that provide the relief staffing to hospitals. Jogan’s contract was set to expire Nov. 22 and Gov. Kate Brown’s office extended it into January 2022.

The move comes as hospitals continue to grapple with the delta surge of COVID-19 and pent up demand for services after people delayed care and elective surgeries when the pandemic started. Hospitals, long-term care facilities and other providers have exhausted staff and have struggled to fill vacancies. Not only that, but a new variant, called omicron, has raised additional alarms.

The state’s contract provides hospitals with emergency medical technicians, nurses and other health care workers to provide relief amid a national workforce shortage.

“The nationwide shortage of health care workers is making it difficult for us to fill open positions as quickly as we’d like to, so our travelers continue to be critically important to our operations,” said Lisa Goodman, spokeswoman for St. Charles Health System in Bend.

St. Charles Health System has requested 141 traveling health care workers, and has 122 currently. The figure can fluctuate as travelers leave and positions are backfilled, Goodman said.

The out-of-state nurses who travel to hospitals are professionals and they play a role in offering relief to permanent staffers, said Myrna Jensen, a communications specialist for the Oregon Nurses Association, which represents more than 15,000 nurses and other health workers.

However, it’s not a long-term solution to the workforce shortage and hospitals and patients can benefit from nurses who live in communities permanently, Jensen said. The ONA is concerned about a trend of some hospitals routinely relying on traveling nurses and other health care workers instead of hiring staffers.

“They have become sort of the norm and that's one of our main concerns at ONA,” Jensen said. “It hasn't become the exception; it's become the rule.”

A long-term solution will require everyone at the table, including hospitals, nurses, physicians and schools that train nurses, Jensen said.

Jogan’s contract is now capped at $250 million, up from $100 million, said Aria Seligmann, a spokeswoman for the Oregon Health Authority.

The state will submit those expenses to the Federal Emergency Management Agency, which is currently reimbursing eligible expenditures, Seligmann said.

The company bills Oregon based on an hourly rate. On the high end, it’s $237 an hour for an infectious disease control nurse, or a registered nurse assigned to an emergency room, intensive care unit or surgical suite, contract records show. Physician assistants and nurse practitioners also cost $248 an hour.

Those rates include the company’s travel and lodging costs for employees.

Oregon Health Authority officials deploy the contracted workers to hospitals based on requests they reserve and available resources.

Separately, SMG Northwest LLC does program administration, recruiting and travel arrangements for ATC Healthcare Services. Both entities have contracts that end on Feb. 28, 2022.

AMN Healthcare’s initial contract amount in August was capped at $19.6 million. Its current cap was unavailable.

On top of the 1,000 workers, more than 400 Oregon National Guard members have been deployed to help hospitals and Oregon State Hospital. They typically help with support work, such as food service, unloading freight and logistics. Their current deployments last through the end of December. They received a two-week break that ends Wednesday.

Nov 30 2021
News source:
The Lund Report
Keywords:
travelling nurses, relief workers, oregon health authority
×
This article is for premium subscribers. If you are one, please sign in below.
You can see two more premium stories for free. To subscribe, click here. We depend on premium subscriptions to survive, and they are tax deductible.
Sign InGo Premium Not now