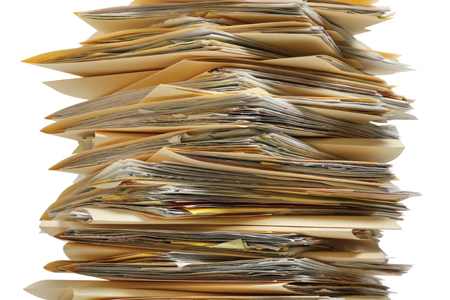 The ranks of the privately insured continued to grow in Oregon last year. Yes, the coordinated care organizations created by the Affordable Care Act have covered hundreds of thousands of poor and low-income people in the state, but a review of health insurance financial reports shows that tens of thousands of other Oregonians are also gaining access to coverage.

Here’s a look Oregon’s health insurers and how their enrollments have changed over the past year, ranked by total members as of Dec. 31, 2014.

This story is an analysis of health insurance companies organized under the laws of Oregon, drawing from the annual statements they file with the National Association of Insurance Commissioners, but it’s worth noting that these insurers are part of an increasingly health coverage landscape.

In the world of private insurance, many large employers choose to be self-insured. These self-insured organizations pay Regence BlueCross BlueShield, Kaiser, Providence and other traditional insurers to administer their health plans, but the employers actually act as the insurers, accepting the financial risk that they may have to pay out high claims in hopes that a healthy workforce will actually save them money. There are no good numbers available on who covers the most Oregonians through self-insured workplace plans, but tens of thousands of people seem to be enrolled in these plans, which are offered to state government employees, as well as to people at major businesses like Nike and Intel.

A handful of out-of-state companies sell plans in Oregon but don’t report detailed information to regulators about their operations here because most of their business is elsewhere. They are not included in this story.

Here’s how many people were enrolled in each Oregon CCO as of Jan.15, according to an Oregon Health Plan report:

4. Trillium Community Health Plan: 90,742. (Trillium files traditional health-insurance financial reports, and so is included in this story as well as last week’s coverage of CCOs.)

Click here to read the full story on Oregon’s CCOs.

Here’s a closer look at how Oregon’s largest health insurance companies performed in 2014. Click here to view a spreadsheet that provides greater detail on these companies.

Regence BCBS of Oregon nearly doubled its profit, also called net income, from one year to the next. The company reported a $35.9 million profit in 2014, compared to $17.97 million in 2013.

Regence BCBS, a nonprofit owned by Cambia Health Solutions, also disclosed on its annual report that last year it sold off its 7 percent stake in TZ Holdings, owner of TriZetto Software, for $116.1 million – a net gain of $50.9 million. TriZetto is a major healthcare IT company.

ApaxFunds of Colorado, along with Cambia’s family of insurers and also Regence BlueCross BlueShield acquired a majority of TZ Holdings back in 2008. These investors sold majority control of TriZetto to Cognizant Technology Solutions Corp. for a combined total of $2.7 billion, according to an Apax press release.

Regence BCBS’s proceeds from the sale likely contributed to its higher profit last year. It’s worth noting that this insurer spent $1.62 billion on hospital and medical care, out of $1.87 billion in revenue. Its 1.9 percent profit margin – which would be considered razor thin in most industries – was fairly typical for a large Oregon health insurer.

Kaiser Permanente of the Northwest

Kaiser Permanente is still operating in the red. After reporting a net loss of $14.9 million in 2013, the state’s second-largest health insurer by enrollment reported 2014 net loss of $15.6 million.

As with all the state’s big insurers, Kaiser has vast financial reserves and investments that buffer it from losses like these. The nonprofit’s investments also helped relieve some of the financial pressure - investment gains contributing $20.5 million to the bottom line, which offset a $35.6 million underwriting loss.

The company has proved willing to pay to boost its visibility. Though it has not disclosed how much it spent to secure naming rights to the Moda Center beginning in 2013 (formerly the Rose Garden Arena), The Oregonian estimated the value of the 10-year deal to be $40 million. Moda says it spent $3.3 million on marketing and advertising last year.

Step back in time just a few years, and it was a different story: At the end of 2011, Moda was better known for its dental plans than its health insurance, had just 63,734 people enrolled, and ranked sixth out of the state’s seven biggest private insurance companies.

But last year’s membership growth came at a financial cost. Moda reported a net loss of $4.4 million, compared to a profit of $7.5 million in 2013. Nonetheless, Moda’s capital and surplus climbed last year – from $74.9 million, to $28.8 million.

Providence Health Plan, owned by nonprofit five-state Providence Health & Services, has been a steady and consistent present in Oregon for many years, with enrollment numbers that edged up and down from year to year, but remain remarkable close to where they were five years ago. In 2011, Providence reported 185,597 people enrolled in its plan. Last year, that number was 187,411.

Providence Health Plan reported a $22.3 million profit in 2014, with a 2 percent profit margin, and listed no unusual or noteworthy changes or transactions in its annual financial report to the National Association of Insurance Commissioners.

On the surface, PacificSource seems to be falling fast: Though doing well financially, the company reported a 19 percent drop in member enrollment over the past year, to 167,531 people covered as of Dec. 31, 2014. But this 39,444-person enrollment decline appears to actually reflect a shift of strategy for PacificSource, which has moved into the world of coordinated care organizations.

PacificSource’s two CCOs, which operate under the “Community Solutions” name and are focused on central Oregon and the Columbia River Gorge, covered 63,894 people as of Jan. 15, according to an Oregon Health Plan report. That’s up from 48,639 a year earlier.

As we reported in last week’s story on CCOs, PacificSource CCO reported stable profits for each of the first three quarters of 2014, with a total net income of $13 million for the period. (Fourth-quarter CCO financial data is not yet available.)

In its report on its traditional health-insurance operations, PacificSource Health Plan said it had a $16.9 million profit in 2014, up 14.6 percent from the year before.

The Affordable Care Act created new opportunities for health-insurance “consumer operated an oriented plans” or “CO-OPs” to launch and grow, and Oregon’s two start-up co-ops both reported slow and steady membership growth after launching each year, though neither is yet profitable.

Health Republic had enrolled 8,813 members by the end of last year, from zero at the end of 2013. It reported a $14.1 million net loss. Financial losses are fairly common for new operations. This startup ended last year with capital and surplus of $6.3 million.

Oregon’s Health CO-OP grew from zero to 1,582 members over the course of last year. It reported a $6.8 million net loss, and ended the year with capital and surplus of $4.4 million.

To dig into the finances of Oregon’s other health insurers – including CCO Trillium, which we wrote about last week – click on the Excel spreadsheet that accompanies this story.

Courtney Sherwood analyzes data and financial reports for The Lund Report. Follow her on Twitter at @csherwood. Student Thanh Mai provided data assistance with this analysis.

Mar 27 2015
News source:
The Lund Report
Keywords:
affordable care act, National Association of Insurance Commissioners
×
This article is for premium subscribers. If you are one, please sign in below.
You can see two more premium stories for free. To subscribe, click here. We depend on premium subscriptions to survive, and they are tax deductible.
Sign InGo Premium Not now