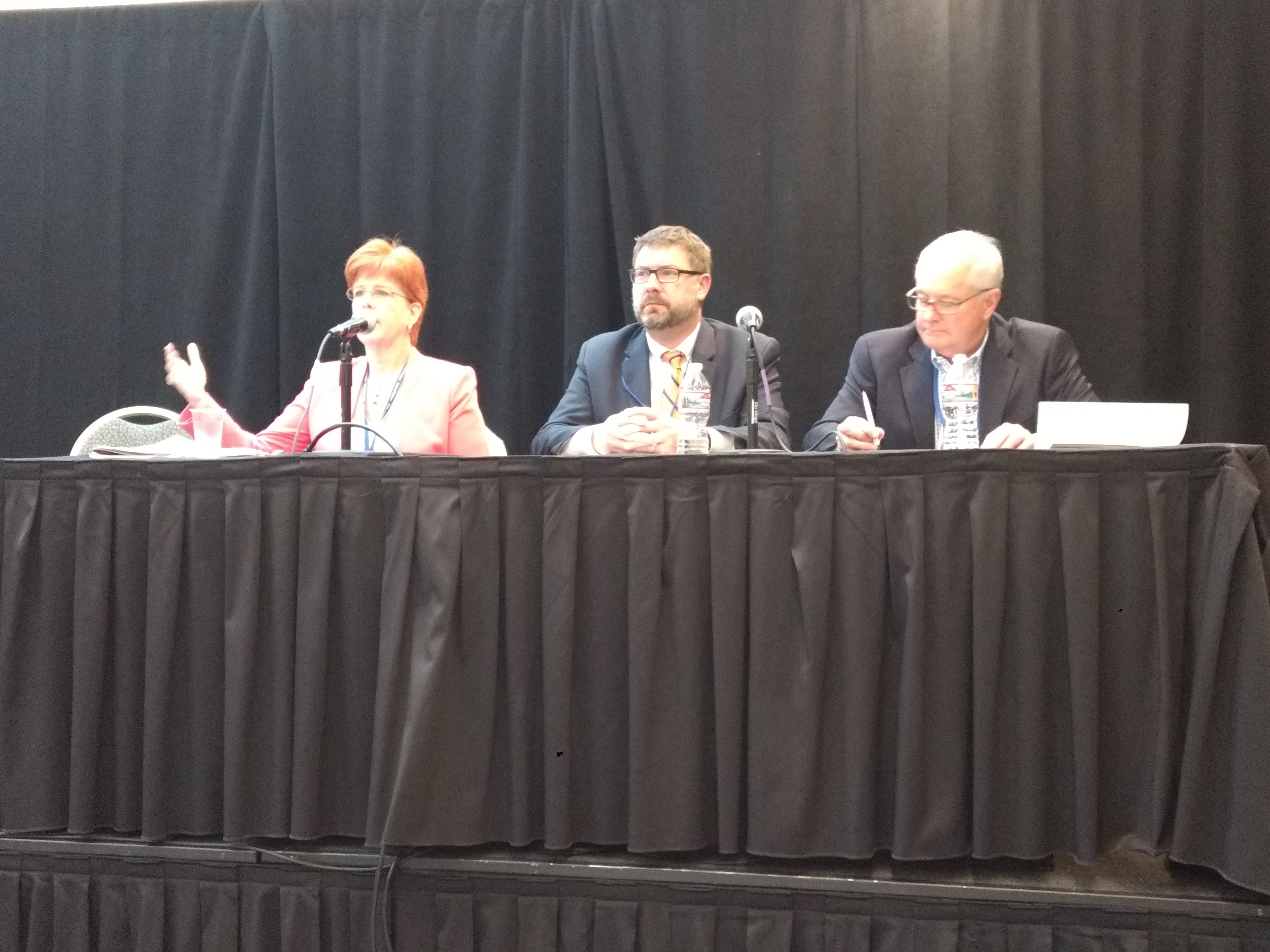 A daylong conference devoted to health care policy, coverage and care in Oregon this week ended with a discussion of the elephant in the room: the price of care.

The United States spends too much on health care, gets too little and throws billions away.

But Oregon, like other states, hopes to put the brakes on spending.

What it’s doing and why change is needed was the focus of a session at the State of Reform conference in downtown Portland on Tuesday in a room packed with providers, insurers and policymakers.

The session started with a reminder of the grim reality.

“We’re spending twice what other countries spend -- a little over $10,000 per person,” said panelist Dr. Mary Anderson, quality chief of the Seattle-based Physician Care Alliance, which works with providers to improve care. “If we look at industrialized nations, the U.S. is no better than third and often last in categories of quality -  patient-centered care, safe care, access, efficiency, equity and healthy lives. In addition, in life expectancy (we’re) below other nations - we’re 26.”

Those poor results are part of a system that’s awash with waste. A recent study published in the Journal of the American Medical Association estimated that a quarter of health care spending is wasted -- from $760 billion to $935 billion a year -- on things such as overtreatment, administrative red tape, lack of coordination and fraud and abuse.

“Premiums and out-of-pocket costs are threatening family budgets to the point of bankruptcy,” said moderator Greg Van Pelt, president of the Oregon Health Leadership Council. “Competition for scarce resources (is) really crowding out education and other social services.”

So the state Legislature has stepped in. This past session it passed Senate Bill 889, which was signed by Gov. Kate Brown and is now in effect. The law directs the Oregon Health Authority to come up with a way to measure overall health care spending in the state, set a cap on how much it can grow per year and clamp down on health care entities that exceed the growth rate without reasonable justification.

Brown appointed a committee to lead the effort. It includes health care leaders such as Jack Friedman, former CEO of the Providence Health Plans insurance system, and Kathryn Correia, president and CEO of the Legacy Health.

The committee holds its first meeting on Wednesday.

Jeremy Vandehey, director of health policy and analytics at the Oregon Health Authority, said the committee comes at a crucial time in Oregon.

He said a biennial survey by his staff showed that many Oregonians can’t afford that.

“We’re seeing upticks in folks reporting that it’s getting harder and harder to access care, and even when they do have coverage foregoing care,” Vandehey said. “We really are at a point where we need to get our arms around health care spending in the state.

He noted that the state has set a health care spending cap of 3.4 percent a year for the Oregon Health Plan or Medicaid -- which covers nearly 1 million Oregonians -- and for employees insured through the Public Employees Benefit Board and the Oregon Educators Benefit Board. Together they cover nearly 300,000 people.

“What is does is get everyone to rally around a target and start to hold ourselves accountable and commit to it,” Vandehey said. “But now we’ve got to turn our focus to the commercial market and the private sector because we are at a tipping point.” About two million Oregonians are insured via the commercial market.

“National conversations are going to play out and who knows what they’re going to look like,” Vandehey said. “This indicates the types of leverage that states have to drive innovation and try to control costs.”