Defeat of Medicaid Referendum Could Set Back Progress on Health Reform

Republican Rep. Cedric Hayden continues to insist that a No vote on Measure 101 will force Democrats to close the door to using healthcare dollars for non-healthcare purposes, as well as adopt funding mechanisms that he prefers.
By:
Chris Gray 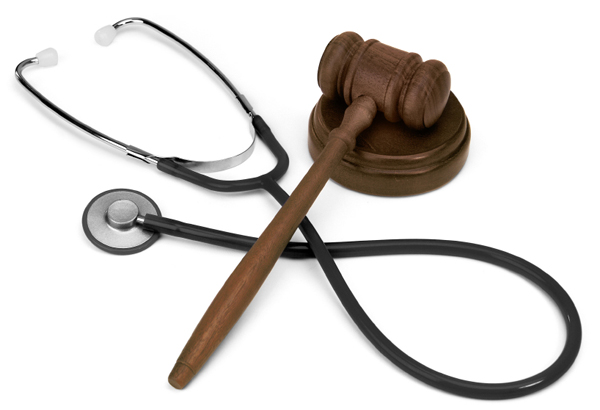 Oregon’s front-level medical providers are bracing for the potential impact of Measure 101, a ballot referendum that puts at risk $3 billion to $5 billion in funding for the state’s Medicaid program, the Oregon Health Plan.

The taxes at stake are worth $320 million, which the federal government matches with $9 for every dollar Oregon spends. There’s also some question over whether the state would need to end coverage for all 350,000 Oregon Health Plan members who were enrolled under the Affordable Care Act, not just the ones funded by Measure 101.

Dr. Rachel Solotaroff, the president of Central City Concern, said Medicaid providers have been in a constant state of stress all year, as Republicans in Congress have toyed with slashing Medicaid funding. The partisan feud over Oregon’s share of the funding just adds to that chaotic environment.

The election for Measure 101 will be Jan. 23. A Yes vote puts the taxes on hospitals and health insurance in place while a No vote repeals them, blowing a hole in the state budget and scuttling a reinsurance program for the individual insurance market that lowered rates 6 percent. Oregon Republicans gathered signatures to put the decision to approve these taxes to the voters.

Solotaroff said that any of these Medicaid rollbacks would be a huge setback in the progress Central City Concern has made to coordinate care, forcing them back into the triage environment in place before healthcare reform. “A lot of work was devoted just to generating resources as opposed to coordinating care like we are doing,” she said.

The majority of Central City Concern’s clients are homeless; most of their clients 55 and older have a mental illness, while many of their younger clients are addicted to opioids. The number one diagnosis of their Medicaid expansion population is substance use disorder.

“Through the ACA, they’ve been able to get care for their opioid use,” she said.

Options Counseling, a network of behavioral health clinics that primarily serves Medicaid clients in the Eugene, Salem and Portland metro areas, has hired 60 new people and built out its capacity to serve all the people receiving Medicaid because of Obamacare.

“We got pushed hard to expand in order to meet the demand of the ACA expansion,” said Chief Executive Officer Steve Allan. “There was a lot of pent-up demand.”

Options opened new clinics in Beaverton and south Salem since 2014. The Salem CCO, Willamette Valley Community Health, gave Options a grant to open another clinic in Woodburn or Keizer by February -- but Measure 101 has cast doubt on the viability of that new clinic.

“We have enough money to get started but that’s predicated on having patients,” Allan said.

The Republicans who helped put Measure 101 on the ballot -- chiefly Rep. Julie Parrish of West Linn, Rep. Cedric Hayden of Cottage Grove and Rep. Knute Buehler of Bend -- argue that the Legislature could create a better solution in February.

But details of those proposals, which include reworking the hospital assessment, hiking tobacco taxes and implementing a new tax on e-cigarettes, have been vague and a budget score from the Legislative Fiscal Office has yet to be released.

Hayden insisted that he would work in February with the Democrats to fund the programs, but he claimed Democrats failed to properly segregate the funding streams between the private insurance market and Medicaid as well as the rest of the state budget.

“I am not against Medicaid,” he said. “I am against letting that money go to PERS.”

Yes on Healthcare spokeswoman Patty Wentz disagreed with Hayden’s belief that money could be diverted out of healthcare, although the money can be used to provide medical assistance to immigrants who don’t qualify for federal Medicaid support.

Hayden also took issue with how Democrats have proposed cuts in services for disabled children even as they launched the new programs expanding free health services and insurance for unauthorized immigrants.

Republicans are far from unanimous in their opposition to the slate of taxes in Measure 101, which include a 1.5 percent premium assessment on health insurance plans and a 0.7 percent “true tax” hospital assessment. Sen. Jackie Winters, R-Salem, supported the deal and dismissed Hayden’s back-of-the-envelope calculations and tobacco taxes as “unrealistic,” back in June.

Rep. Dan Rayfield, D-Corvallis, said Hayden had been included in closed-door, bipartisan negotiations for months before abandoning the discussion. “Their plan is reckless,” Rayfield said. “It took us five months to get everybody together in a bipartisan fashion.”

If Measure 101 fails and a giant crater is left where the Medicaid funding was budgeted, it might impact more than just healthcare programs for the poor. The state could ultimately spread cuts out, and take money from public schools and social service programs at the Department of Human Services.

It’s that uncertainty that has Susan Ban, the executive director of ShelterCare in Eugene wondering whether her organization should develop contingency plans to weather unreliable state funding. ShelterCare provides treatment for substance use disorder, serious mental illness and social supports for people with a traumatic brain injury.

Ban said most ShelterCare clients receive Medicaid because of a disability, and these clients are less likely to lose coverage if the taxes in Measure 101 are repealed. But DHS programs may also need to be further scaled back.

“You don’t know how they’d decide to make the cuts,” Ban said.

I am puzzled by the headline which seems to contradict the information in the story--unless repeal of these taxes is considered "progress on health reform."

"Defeat of Medicaid Referendum Could Set Back Progress on Health Reform"

"The election for Measure 101 will be Jan. 23. A Yes vote puts the taxes on hospitals and health insurance in place while a No vote repeals them, blowing a hole in the state budget and scuttling a reinsurance program for the individual insurance market that lowered rates 6 percent."

I agree, it's a confusing and misleading headline.  A cleaned up version should be put out as a News Story to all subscribers to The Lund Report.  The bottom line, however, is that we need to support the Yes on Healthcare campaign, and make sure Measure 101 passes.

×
You can see two more premium stories for free. To subscribe, click here. Our newsroom depends on premium subscriptions.
Go Premium Not now