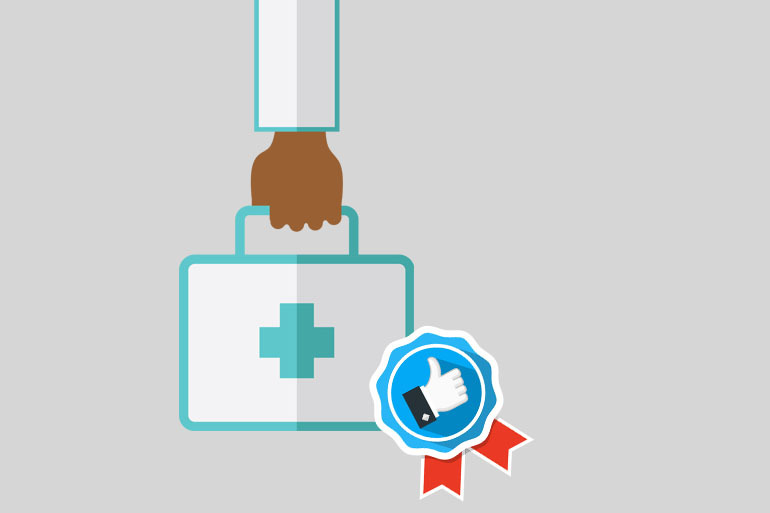 The federal government and the insurance industry released on Tuesday an initial set of measures of physician performance that they hope will reduce the glut of conflicting metrics doctors now must report.

The measures are intended to make it easier for Medicare, patients, insurers and employers to assess quality and determine pay.

America’s Health Insurance Plans, or AHIP, which represents most insurers, said it was encouraging insurers to add these into contracts it strikes and renews with doctors and hospitals. Medicare already uses some of the measures in its payment programs and plans to add the others, officials said.

Right now, doctors have to report different metrics to each insurer, adding to the paperwork they face and making it hard for anyone to provide a reliable assessment of their overall performance. One study by AHIP analysts of 23 health plans counted 546 distinct measures. Sometimes doctors have to report multiple measures that assess the same thing, such as how many patients’ diabetes improved, because each insurer has its own metric.

The panel of government and insurance officials released seven groups of measures, each tailored to a type of care: cardiology, gastroenterology, HIV and hepatitis C, oncology, obstetrics and gynecology, orthopedics, and primary care. Core measures for other types of care are still being evaluated, and the sets can change as new metrics are developed.

Carol Sakala, an executive at the National Partnership for Women & Families, a consumer-oriented nonprofit, called the measures a “good start” but said “we must continue this work and fill crucial measure gaps,” including ways to get patients’ perspectives on whether their care produced a satisfactory result.

Primary care doctors now must report between 50 and 100 measures to multiple insurers, said Dr. Douglas Henley, CEO of the American Academy of Family Physicians. “As you can imagine, that creates a lot of chaos and confusion as well as administrative burden and complexity,” he said on a conference call announcing the measures.

The new set has 21 metrics for primary care doctors. “This represents a huge step forward,” he said. But if insurers do not consistently adopt them, he said “this effort will be for naught.”

The primary care core measures include ones that gauge whether patients’ blood pressure, depression and blood sugar levels were controlled; whether diabetic patients’ eyes and feet were examined; whether women were appropriately screened for cervical cancer and breast cancer; whether doctors unnecessarily screened females under 21 for cervical cancer; whether doctors screened patients for obesity and came up with a treatment plan and a follow-up visit.

Those measures are also designed for use in some of Medicare’s new experiments in paying doctors proactively taking care of patients, including through accountable care organizations.

This is just pure insanity.

I don't report on anything, but pretty soon, that is supposed to result in reduced reimbursement.

Problem is, the cost of reporting is far in excess of what they "pay" us to report.

It may just be time to quit.