Home Care Agencies Want State to Follow Its Own Rules

Training and educational requirements appear not to be the same for home care workers who appear on the state registry
By:
Shelby Sebens 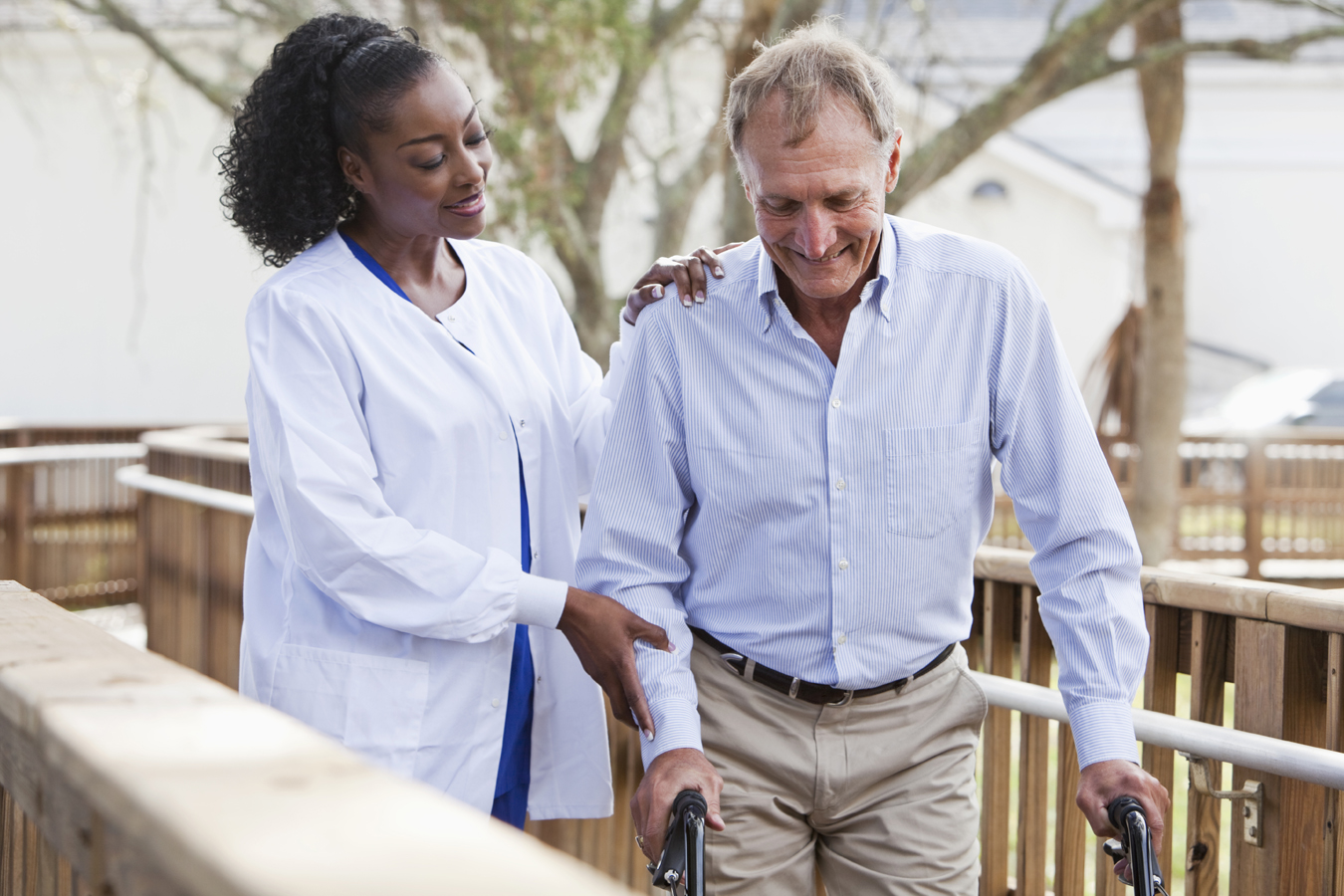 Owners of private in-home care agencies in Oregon are advocating for legislation that would add regulatory and training requirements for independent care workers registered under a new state program.

The in-home care agencies are pushing for House Bill 3145, which would require the state’s new Home Care Choice Program to follow the same requirements as the private industry to become a licensed caretaker agency.

A new law creating the Home Care Choice Program passed last session, expanding the Oregon Home Care Commission Registry and Referral System so that all Oregonians -- not just those on Medicaid – could use the registry to find a home care worker rather than go through a private agency. But, private agencies argue the state essentially created a new publicly-run agency that doesn’t have to follow the same rules as the private sector.

“The state in essence has decided to go in competition with private in-home care agencies but they are exempting themselves from all the rules and regulations,” said Kathleen Schonau, president of Aging Wisely with Heartfelt Hands.

Caretakers on the registry must pass a criminal and abuse background check, but don’t have to follow the rigorous training and continuing education requirements private agencies must adhere to.

“If you’re going to institute this program then, by golly, everyone listed on that and registered as an in-home care provider should have the same training as the folks who have been doing this a long time,” said state Rep. Mike McLane, R-Powell Butte, sponsor of HB 3145, which would require care workers on the state registry to follow the same rules. .

If the case workers on the registry don’t have to complete the same training and vetting as home care workers employed by private agencies, it opens the door for potential harm to seniors, argue the private agencies.

“The very reason that we’re regulated is because we’re dealing with a vulnerable population,” said Toby Forsberg, CEO of Helping Hands Homecare in Portland. “It’s not about creating an even playing field. It’s not about competition. It’s about making sure that elderly people and dis-abled people are safe and remain safe.”

Forsberg said the state regulations “were extremely onerous and in depth, something that took us a year to gain because they wanted to make sure we knew what we were doing.”

But Melissa Unger, political director for SEIU, said the goal of the Home Care Choice Program was not to create a publicly-run home care agency but let people choose their own care workers by hiring from those on the registry. The state could handle payroll for those workers, but the person hiring the caregiver would remain the official employer.

“The goal of this was never to be in competition,” Unger said of the program that was supported by the union and has been running for the past year. “It was really to fill a different kind of need in our community.”

Unger told lawmakers that her union and state officials are willing to talk about requiring train-ing for registry workers but that the proposed bill would establish the state’s home care commis-sion, which oversees the registry, as a home care agency. The intent of the program, she said, is to give people the streamlined flexibility to hire their own care workers. But private in-home care business owners are still concerned.

“It’s really not just a matter of competition with private agencies,” Schonau said. “The question really is why does the legislature put these rules in place in the beginning and why aren’t they going to be there for this new program to protect seniors?”

The bill is sitting in the Joint Committee on Ways and Means Committee while the Department of Health and Human Services determines its fiscal impact.

“I think people agree with the policy,” McLane said. “I think the passage is going to depend upon how much DHS claims it will take in order to administer House bill 3145.”

Quality of In Home Care in Oregon

It is a big surprise to me that this program, who provides services to the most vulnerable members of our society (the poor, the disabled and the old) would even propose to provide less than standard care to those same vulnerable individuals and to further role these substandard services out to the general public.
Just because this class of individuals do not have a real voice in this process, we should not providing them with sub standard care.
If the level of oversight, training and documentation that is set up for all In Home Care agencies is the standard by which all In Home Care services are measured in Oregon, why is it OK to circumvent these established standards in providing care for this vulnerable population?
Being in business since 1985 in Oregon providing In Home Services, I have come in contact with the clients who have experiences with the very registry in question. I have heard the following client reported incidents involving CEP registry providers:
*Steeling money, drugs and care time;
*Refusing to work the needed hours such as providing care only Mon-Fri for clients who need 7 day a week care;
* Performing tasks that require nursing oversight with no or little oversight from a professional nurse;
*Using intimidation tactics to prompt the client to sign for hours they have never received;
*Clients who innocently get involved in fraudulent behaviors prompted by registry providers, who then will be threaten by those providers with adverse actions if the client reports the issues;
*Clients who don't report Medicaid fraud because of the self incriminating nature of those reports should the client choose to tell; *Clients who have a family provider who is getting paid for care but is unwilling or unable to perform the tasks needed by the client; These providers often continue to get paid because the $ earned by this family provider helps support the household that the client lives in. Therefore if the funding is removed then the client will need placement or an alternative avenue to obtain care; A pseudo income source; Case managers often have to engage a In Home Care agency to provide the care so that the client is not left in an unsafe and unhealthy situation;
*Because registry providers are not employed by the State of Oregon, but are employed directly with the client, when issues occur that are chargeable (Illegal in nature), those issues often go unreported by the registry management under the guise that this is not their responsibility because they are not the employer of record; Shame on them. If they place the provider in the home they should be made accountable for the actions of the providers they place. Including making the client whole again should that provider overstep the boundaries of an ethical client/provider relationship;
*Further the registry management and providers should be made to mandatorily report chargeable events, fraudulent behaviors and neglect issues to the appropriate agency for disposition; they are currently exempt from mandatory reporting requirements;
Really I believe the public would be quite shocked to be informed of all the unaddressed issues in this program. Issues that the management of this program are fully aware of and have chosen not to address or mention; Sweep it all under the table so to speak;
The greater costs of this registry program in relationship to the current costs of care through licensed and monitored In Home Care agencies don't support furthering this program with our tax dollars; Estimates are as high as 27.00+/hour for this program and current Medicaid rates paid to Licensed In Home Care Agencies are $21.24/hour.
As a In Home Care provider, I believe that the rules of In Home Care have been a positive influence on the quality of services provided in Oregon. I further believe that the state should reconsider promotion of this program to our vulnerable population and should not be offering this substandard program to the general public.
Sharon Moore RN
[email protected]
An Oregonian
A Tax Payer
A Nurse
A In Home Care Provider