The Doctor Will Not See You Now

Access to care in rural areas remains a concern as high Medicaid enrollment increases the pressure on a limited pool of providers, leading to wait times of two months or more.
By:
Christopher Heun 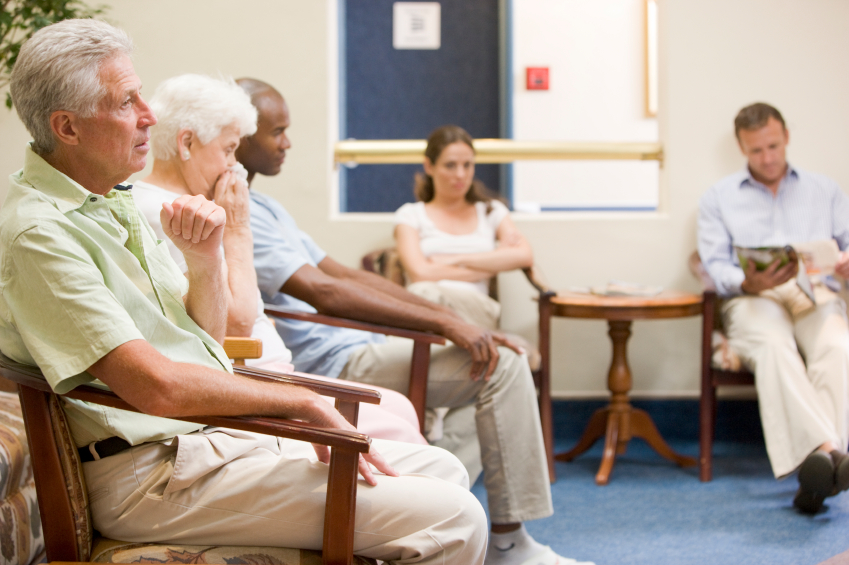 This time of year, a popular statistic to track is the number of people who have signed up for private health insurance through the state for 2015: 116,471 and climbing, slightly more than a year ago.

An even more impressive number is 980,000. That’s how many Oregonians are on Medicaid at any given time. And even though the total has increased by about 380,000 since the Affordable Care Act was passed, providing health insurance to patients is just the first step. Even more difficult can be actually getting them in to see a doctor when they need to.

In rural areas of Oregon, where the wait time to see a doctor can be two months or even longer, access to care can be a serious problem.

Michael Sheets, a nurse practitioner who runs two clinics in Klamath County, is the only healthcare provider between Klamath Falls and Lakeview, a 100-mile stretch. He works six days a week, typically seeing 30-40 patients. Other than a pair of clinics in Chiloquin, there are no other providers outside of Klamath Falls for a county of more than 60,000 people.

“We need more primary care providers. This county is in a crisis for primary care providers,” Sheets said. “I have patients who come see me and say, ‘I'll pay cash because they told me it would be two months before they could see me.’ You can’t give people a card and then not have anyone who will see them.”

Every day except Sunday, Sheets travels between his clinics in Merrill and Bonanza, charging cash patients just $70. Last year, he dispensed 2,100 flu shots at area schools and installed defibrillators in schools that had none. He is the quintessential modern-day country doctor.

“I take things in trade,” he said. “The only thing I don’t take is potatoes and husbands.”

Sheets is frustrated by the access to care available to his neighbors. Klamath County has 45 primary care physicians for a population of 66,910, a ratio of 6.7 physicians per 10,000 residents, according to data from the Oregon Office of Rural Health.

Nationwide, enrollment in Medicaid managed care programs has grown, partly as a result of the Affordable Care Act, as states choose to expand Medicaid eligibility. However, simply being enrolled in the program does not guarantee timely access to healthcare.

Slightly more than half of Medicaid managed care providers across the country cannot offer an appointment to enrollees, either because they cannot be found at the location listed by the plan, are not participating in the plan, or are not accepting new patients, the Department of Health and Human Services reported last month.

Among the providers who offered appointments, the median wait time was 2 weeks, and more than 25% of providers had wait times of more than one month. The median wait time for specialists was twice as long as that for primary care providers; more than a third of specialists who offered appointments had wait times longer than one month, the agency found in its report, entitled “Access to Care: Provider Availability in Medicaid Managed Care.”

The report recommended that states monitor providers for shortages of specific provider types, such as obstetricians, and for shortages in specific geographic areas. In addition, the report said “states should monitor their networks for other barriers to care, such as providers who require patients to submit medical records prior to scheduling appointments or providers who do not accept patients with certain medical conditions.”

The report also points out that states may not be accurately assessing compliance by plans with standards regarding travel distance and time to an appointment. That’s because many states rely on information, such as provider location, supplied from the plans themselves, which DHHS found to be incorrect.

“Long wait times can have a significant impact on patient care,” the report said. “It also raises questions about whether these plans are complying with their States’ standards for access to care, as most States have access standards that require appointments be provided within 1 month or less. That so many providers could not offer appointments within a month raises concerns about enrollees’ ability to obtain timely access to care.”

Sheets, the nurse practitioner in Klamath County, is not alone in sharing those concerns. The Oregon Health Authority has acknowledged that access to care is an area that needs improvement. In a 2013 performance report of Oregon’s health system transformation released last June, only five coordinated care organizations met the access to care benchmark or improvement target.

“Improving access to care may be a challenge for CCOs moving forward,” the report said. “Adult access to care decreased from 2011 to 2013 while access for children improved.” Overall, 84% of individuals reported that they received appointments and care when they needed them in 2013.

But when it comes to improving those figures, there’s only so much the state can do. Scott Ekblad, director of the Oregon Office of Rural Health, estimates that a family practice physician needs to draw from roughly 2,000 people to support a practice. For a specialist like a cardiologist, the number climbs to the tens of thousands.

“There’s nothing you can do to put a specialist in a small town, because it can’t support it,” Ekblad said. But increasing the number of specialists in places like Eugene, Bend, and Medford would make it easier to get an appointment for patients referred from other areas. “It’s something that’s constantly being grappled with.”

Funding could bring about change

Ekblad also believes that changes in funding for specialty residency training could increase access in rural communities. “As far as supply, Oregon is like other states: we‘re experiencing a physician misdistribution, if not a shortage, of many different specialties. The solutions take a long time,” such as encouraging medical students to choose a different specialty and then creating the residency slot to train that particular specialty.

The good news for Oregon, Ekblad believes, lies in the potential of the state’s Medicaid transformation to address reimbursement rates that make patients with private insurance more valuable to a given practice.

Now that coordinated care organizations in the state have the flexibility to pay providers differently and experiment with contractual relationships and different models of care, it will increase access for Medicaid patients, he said. As the state moves away from the old ‘pay-for-procedure’ style of practicing medicine, “you get paid for the outcome of an illness episode, and that addresses the financial burden of taking public insured person.”

OHA spokeswoman Alissa Robbins pointed out a handful of initiatives by the state to support primary care capacity, including certifying 500 Patient-Centered Primary Care Homes and a $4 million allocation by the 2013 legislature for loan repayment for primary care providers who commit to serving Medicaid clients in underserved areas of the state for a minimum of three years.

Additionally, Medicaid transformation in Oregon gives coordinated care organizations the option to use different types of providers, such as traditional health workers and nurses, to serve their members, Robbins said.

I was flabergasted by Scott Ekblad.s response in the article. He suggested to train more specialists to improve access to primary care. Duh The current CCO system is about saving dollars not about improving health care to its recipients.  Long waits for OMAP receipients mean small problems becoming large ones. I have practiced as a Nurse Practitioner for 33 years. All of my practice has been in rural areas . Primary care is the entry point for most patients into the health care system. It works best when patients can easily access the system and have providers who know their health needs. I have heard over and over that more money and more physicians will solve everything. Nurse Practitioners ,Nurse Midwives and Physician Assisstants are a cost effective well documented way of delivering primary care to patients everywhere.Klamath County has NP,s CNM,s and PAs ready to help who are not allowed to see OMAP patients Denying patient care of our most needy citizens for

bubba politics practiced by our local CCO and hospital and sanctioned by OMAP is ridicoulous.' There is a primary care black hole in Klamath County. All hands should be on deck to deal with the problem not telling people that they don't have resources to give access to care and by the way you independent practicing Nurse practitioners and Nurse  Midwives are not worthy to care for these folks. Pay no attention to the 500 studies documenting NP and CNM and PA care. So much for Evidenced Based Medicine  and the idea that we are here to serve our patients and should be professional and collaborate to improve health for everyone ! Michael A. Sheets R.N. MSN FNP