Rep. Jason Conger, R-Bend, calls for state to shut down Cover Oregon and offer subsidies for consumers outside the exchange, but director Bruce Goldberg said many of the errors that have kept the website down were eliminated in the past week.
By:
Christopher David Gray 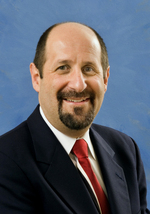 Acting Cover Oregon Director Dr. Bruce Goldberg hinted to the House Health Committee on Wednesday that Cover Oregon could go completely online by February, even as Rep. Jason Conger of Bend, a Republican candidate for U.S. Senate, told the director that the state should shut the whole exchange down.

In an otherwise dour report to the Legislature, Goldberg said that Cover Oregon had 45 critical technical errors when he took over the directorship from Rocky King, and there were now only 13 errors left to correct -- down from 30 just last week when he spoke before the Cover Oregon board.

“For the rest of the month, Oracle is going into intensive testing,” Goldberg said. “We can, over the next few weeks, make the changes to have an operational website by open enrollment.”

He also revised upwards the total number of people who had enrolled in private insurance plans through Cover Oregon, from 20,000 to 24,000. Oregon’s exchange is now in the middle of the pack among states in total private enrollments, ahead of larger states such as Maryland and Louisiana. The number of new Medicaid recipients in Oregon is now at 160,000.

But Conger told Goldberg that Cover Oregon had lost all credibility with the public, and he wanted the struggling state exchange shut down before any more tax dollars were spent.

“It’s frustrating and embarrassing to me to have voted for Cover Oregon,” Conger said. “To me and the public, this is just one more in a long string of broken promises in the state and federal government over healthcare. I’ve lost all faith in Cover Oregon.”

In a press release, Conger suggested that Oregon should follow the ideas of conservative Wisconsin Gov. Scott Walker -- avoid both the state and federal exchange process and allow consumers to apply subsidies to insurance policies purchased directly from private companies.

He asked Democratic Gov. John Kitzhaber to ask the federal government for a waiver to allow such a move, and asked Goldberg if a state legislative fix might be possible in time for the 2014 session.

As a state representative, Conger serves a district in the city of Bend that is closely divided politically and he has been something of a wildcard -- helping to quash any significant increase in the cigarette tax but working across the aisle to sponsor the Toxic Toys Disclosure Bill and support all of the legislation that set up Cover Oregon. He said Wednesday that he had preferred a state solution to the federal exchange.

If Wednesday’s hearing was any indication, his energy for bipartisan cooperation may be over.

In an unusual move, Conger, along, with Republican Rep. Jim Weidner of McMinnville, voted against allowing a bill to be debated by the Health Committee that would direct the Oregon Health Authority to study a Basic Health Plan for working-class Oregonians who are not eligible for Medicaid.

Last week, Kitzhaber told reporters in Portland that he had hired an Atlanta tech company to independently analyze and report the mistakes that the state and Oracle Corp made when they flopped on delivering a workable online exchange this autumn.

Rep. Jim Thompson of Dallas, another Republican, said that was a waste of money and the errors with Cover Oregon were self-evident.  He jokingly said that money would be better spent surveying Oregonians about whether they had any interest in signing up or paying for health coverage.

“We have a disaster on our hands, and it’s going to be very hard to get people excited about it,” he said.

Cover Oregon continues to revise downward the number of people it expects to enroll. Current estimates range from 64,000 to 97,000 by the end of open enrollment. Goldberg said he privately had kept even lower numbers with which he was sketching a budget that would keep Cover Oregon running with a 20 percent cut in expenses.

The Democrats on the committee were less sweeping on their disappointments with Cover Oregon, and none of them said they were ready to pull the plug on the state insurance exchange.

“I don’t want to throw in the towel and go back to the old system,” said Rep. Brian Clem, D-Salem. “You want to talk about a new system, a public option or Medicare for all, I’ll talk about that.”

A close associate is

A close associate is endeavoring to sign up through Cover Oregon - by phone, finally - after both he and the Cover staff agreed that the website was unusable. They are all very friendly and anxious to help. However, one month into the process and he is still not really enrolled. Hmmm....seems like they might have done better to just have folks call independent insurance agents (once they had ascertained eligibility) to sign up. That way they might get the coverage they are seeking. Be interested to hear other experiences.