The Hidden Truths behind Health Reform

An insurance agent raises concerns about what health reform will mean to individuals, small groups and how it will impact prices
By:
John Gridley 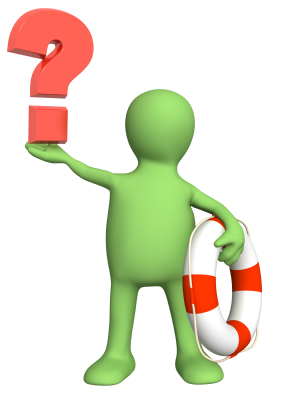 OPINION – March 5, 2013 -- Outside of Medicaid, there are two groups of people in Oregon, those with insurance, and those without. The group with insurance, for the most part, has no clue that they will lose their existing coverage next year and will have to purchase one of the new plans. The only exception is those with grandfathered plans, of which there are very few in Oregon.

The other group has been waiting for their free health care (we get calls weekly). What will these people do when they find out they still have to pay a premium and only 70 percent of their healthcare is covered? Add to that the 21-page draft application, that looks more like an IRS form than a health application, they will have to fill out to qualify for a subsidy.

The small group situation is even more perplexing. Almost all small groups will have to drop coverage to protect their employees’ access to the exchange as the only economical way for employees to cover their family members. Many employees will find they can cover their whole family on the exchange with subsidies for less than half of the employee premium. Yet, if their employer offers group insurance, they will be forced to buy expensive dependent coverage through the group plan and denied access to the exchange.

Prices are perhaps going to be the biggest shock. What is the 20-year old earning $30,000 going to do when he finds out he has to pay $301 after subsidy, for a plan he can purchase today for $236 without a subsidy? I have included a detailed analysis of the impact on prices here and on our website. http://www.ehealthlink.com/exchange/aca-effects.aspx

To estimate the impact on rates in 2014 under the Affordable Care Act required establishing an existing baseline plan as a basis to start from. I chose the $1,000 deductible PacificSource Elect Premier plan for this purpose because it was one that closely matched one of the actuarial values of the four metal plans (Platinum, Gold, Silver and Bronze). It closely matched the Gold plan requirements of an 80 percent actuarial value and already included several of the required essential benefits.

The first challenge was to convert the plan’s 2013 premium rates. These were based on a 5 to 1 rate band and had to be converted to the newly required 3 to 1 rate band, meaning the rate for oldest age band could only be three times the rate for the youngest age band. To accomplish this, I used our existing book of about 2,000 individual clients and determined the number in each age band. I then determined the relative change in premium between age bands as a measure of risk. With the current premiums, the percentage of members in each age band and relative increase of risk between age bands, I solved a mathematical equation for the new premiums that, when applied to our clients, would generate the same total annual premium dollars for the group as the current premiums would. This had the effect of benefiting older members at the expense of younger ones.

I then estimated an estimated 8.5 percent increase in premiums for 2014 for this plan and have already accounted for 2 percent by using rates from April 1, 2013. I may be a little optimistic here, but recent rate increases have shown a general slowing in rate of growth. Let’s hope for now.

Next, I had to estimate the cost of guaranteed-issue requirements for the new plans. The Office of Private Health Partnerships estimated the current cost at less than 1 percent based on the percentage of members in the Oregon Health Authority High Risk Pool (formerly OMIP) and those members on Portability coverage when compared to the total insured population of the state. I estimated a 3 percent increase, since those who already have health problems and are newly eligible for a subsidy will likely be the first ones to sign up. Furthermore, the high cost of coverage for young healthy people, even with the help of a subsidy, will likely result in many of them electing to pay the penalty. Any who are really worried about being without health insurance may elect to purchase a Hospital Accident Limited Benefit plan, as they know if they get really sick they can get coverage during the next open enrollment.

I estimated the cost of Essential Benefits at 5 percent. This is a gut feel estimate based on talking with several insurance company marketing representatives and keeping up to date on what additional benefits that still have to be added. (These are the so called “Free” benefits.)

Next, the Oregon Insurance Division contracted with Wakely to analyze the impact on prices about a year ago. The results of this analysis are referred to as the Wakely report. They estimated that a 1.55 percent insurer fee would be added to the premium and I have included this.

HHS recently added a $63 annual contribution to cover reinsurance. This is shown at $5.25 per month and added to premiums.

Recently, Cover Oregon determined they needed a 3.47 percent fee in order to make the exchange self-sustaining by 2015.

Then on Friday, March 1 the IRS announced an Excise Tax on Insurance Companies. AHIP estimates that this will add $110 to an individual policy in 2014 and increase from there. This is another $9.17 per month.

The net result of all this is that premiums will increase for everybody with some help in the form of subsidies for those who quality. This is not surprising since health insurance is nothing more than a Debit Card used to purchase medical services. All the Affordable Care Act will do is add several fees to the Debit Card and require you to use that card to purchase even more care than before, without addressing the cost of the medical services you are buying. It will also require you to use your Debit Card at the Company Store (Exchange) in order to be able to get your Discount Coupons (Subsidies).

Where this ends up is hard to predict. Only three of our 2000 clients have a plan as good as the Gold plan shown. There were supposed to be more choices on the health insurance exchanges. In reality, there will be only two sets of viable options. They will be the Silver and Bronze plans. Since each category has to cover a set percentage of medical expenses, the plans will be similar with only small variations in price and benefits. People are not currently purchasing plans of the Gold and Platinum caliber. There is little indication that they will want the new higher priced versions even with the help of a subsidy. Ironically there will be more choices outside the exchange just without the benefit of a subsidy.

It is probably not going to be a really good time to be an insurance agent or a politician in the days ahead. Both will be trying to explain why the promises weren’t kept for those with insurance and those without.

John Gridley, who moved to Roseburg in 1990, runs First Choice Health Insurance, Inc., with his wife, Ann, and the agency has 12 insurance agents. He began selling insurance in New York in 1961.

I do not dispute any of the

I do not dispute any of the calculations or any of the conclusions. If one of the major arguments for an Exchange is that it will give us shoppers clear and understandable comparison information with which to determine what is the best product to buy, then this article strongly reinforces this argument because this article is unintelligible. What is the current price per month for this product and where is the new price on the spreadsheet? One of the great frustrations of dealing with insurance sales people and companies is the feeling that there is always some "slight of hand" being perpetrated, either by verbal obfuscation in selling or by hard-to-access small print that is the reason why after you have paid all your premiums the company gets away with not helping you. Try again.

"Yet, if their employer

"Yet, if their employer offers group insurance, they will be forced to buy expensive dependent coverage through the group plan and denied access to the exchange." Isn't this exactly the status quo now? In other words, if you get your insurance through your employer, who almost certainly isn't paying for your dependents, that currently leaves you with the "choice" of paying whatever the cost is of adding dependents to your existing plan, going without insurance altogether for them, or attempting to secure an individual plan (which usually excludes any pre-existing conditions, are not bound by prohibitions against annual benefit caps, lifetime limits or mental health parity - all banned for standard group plans, thanks to Obamacare). I get that there may be some unintended consequences, even some unwelcome ones, as a result of exchanges. What I don't get is what exactly the alternative is, because it certainly isn't the status quo, whereby millions are uninsured or under-insured and the rest of us paying more for health insurance for a family of three than we are paying for our mortgage. Until we are no longer able to, that is. Then what? The insurance industry, including its brokers I must add, have for many years failed to address the broken market for insurance, instead pleading that they are simply passing along the costs of healthcare (plus their "administrative costs" premium that is). So now there comes along a different plan, and there is suddenly a hew and cry. So where is their answer now, and while we are at it, and how come they haven't come up with an alternative after all these years?