No vote was held on a second bill that would require all healthcare professionals to receive training on considering culture when treating patients
By:
Christopher David Gray 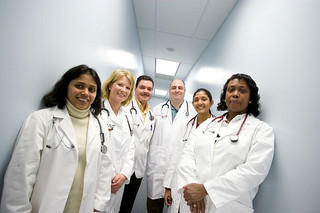 Editor's note: The vote on HB 2134 has been corrected from an earlier version.

February 20, 2013 -- The House Health Committee has taken up a pair of bills that aim to more effectively provide services to ethnic minorities, one by gathering more specific data about ethnicity and another requiring that health professionals to be trained in cultural competency if they want to be licensed in Oregon.

“We’re tired of being invisible. Our children need to be seen,” testified Alberto Moreno, the executive director of the Oregon Latino Health Coalition. “We need your help so we can look at a map of Oregon and say this is us.”

The committee passed House Bill 2134 on Monday, the simpler of the two measures — requiring the state to set uniform data collection standards adhering to national best practices — by a 8-1 vote, setting up a full House floor vote as early as this week.

“Our communities face persistent disparities,” said the Rev. Joseph Santos-Lyons, executive director of the Asian Pacific American Network of Oregon. “We need good data to tailor services to our communities.”

House Bill 2611 is a much more comprehensive bill and would direct the Oregon Health Authority to collaborate with 21 different healthcare boards to set up training requirements in cultural competency as part of state licensing requirements by 2017. Healthcare providers would absorb the cost for such training.

A nearly identical cultural competency bill passed the Democratic-led Senate in 2011 before dying in the evenly split house on a party-line vote. Rep. Jim Thompson, R-Dallas, supported the bill in the Health Committee but switched his vote on the House floor.

Cultural competency gives healthcare providers the opportunity to consider the patient’s culture when treating them or advising them on healthy lifestyles. The goal is to break down barriers created by language or world view as well as to recognize conditions that may have different meanings to ethnic groups.

“When healthcare providers understand the culture of those they serve, the health of their patients improve and long-term healthcare costs are reduced,” said Rep. Joe Gallegos, D-Hillsboro, a professor at University of Portland, who said he actually coined the term “cultural competence” in 1982 while on the staff at the University of Washington. “I realize that’s a bit like Al Gore saying he invented the Internet.”

Ty Schwoeffermann of the Urban League told The Lund Report after last Friday’s hearing that African-Americans can have colon cancer go undetected because it generally shows up in a different part of the intestine than it does for Caucasian-Americans. “If they were trained, that would be part of the awareness of what tests should be offered,” he said.

Midge Purcell, also of the Urban League, said cultural competency is often about doctors knowing what to ask of patients.

Ethnic minorities in Oregon persistently have lower health outcomes than white Oregonians, according to Tricia Tillman with the Oregon Health Authority’s Office of Equity & Inclusion. Changes to laws in the 1950s governing American Indian tribes led to a surge in diabetes among natives. Blacks on average have higher rates of high blood pressure and heart disease.

Tillman said that ethnic and racial minorities are less likely to be given proper heart medicine or receive kidney dialysis or transplants. They are also more likely to receive certain less desirable procedures.

Gallegos said the idea of cultural competence has been discussed in academic circles for more than 30 years, but that it takes time for institutions such as state government to catch up. After some concerns from Republicans such as Rep. Jason Conger of Bend, the House Health Committee will take a bit longer to catch up.

Conger was concerned about making doctors spend three hours in a training session on cultural competency where they could be practicing medicine, even if he did acknowledge the potential for long-term savings. “There’s certainly a diversion of resources,” Conger said, asking for a cost-benefit analysis.

Committee Chairman Rep. Mitch Greenlick, D-Portland, did not call a vote after the public hearing on House Bill 2611, the cultural competency measure. Instead, he wanted to give the committee time to consider amendments and reach a greater consensus on the bill. But he does expect to hold a work session before the legislature adjourns.

“We’re trying to stay true to the original concept, which would require boards to adopt rules to ensure health professionals receive training in cultural competency,” Schwoefferman said. “We’re willing to work with all interested parties to see that we compromise to make sure the bill gets through this time.”

House Bill 2611 has the support of the Oregon Primary Care Association, and Tillman said cultural competency practices were already being integrated into the Oregon Health Plan.

Speaking on House Bill 2134, Santos-Lyons said that Oregon’s data collection is inconsistent and some of its methods have not been updated since the late 1970s. He called them outmoded, and said they do not take into account large differences within ethnicities whose origin may span entire continents.

For example, the state does not differentiate between Indian-Americans and Japanese; recent immigrants from Africa and blacks descended from slaves; or Puerto Rican, Cuban and Mexican-Americans. They are classified simply as Asian, black, or Latino respectively.

House Bill 2134 does not dictate how state agencies must break down data, but Victoria Demchak of the Asian Pacific American Network of Oregon hopes to persuade the Department of Human Services and the Oregon Health Authority to collect very specific data when the agencies write their rules. “We could compare our populations,” Demchak said.

The sole vote against the uniform data collection bill was Rep. Jim Weidner, R-McMinnville. “They’re collecting data on people. We collect too much data already. It should be male/female. Race and ethnicity should not come into play,” said Weidner, whose spouse is Latino. “My wife is a minority and we spent hours on this and the cultural competency, and we just think they’re unnecessary.”

Friday’s hearing on cultural competency grew tense when Weidner asked a packed room of ethnic minorities lobbying for House Bill 2611 and House Bill 2134 how migration patterns from Mexico had changed and he asked whether the state saw an influx of Latino settlers when Oregon “started offering free healthcare.”

“We don’t believe our mothers and daughters traveled 3,000 miles across the desert just to get health insurance,” said Moreno of the Latino group. “There is healthcare in Mexico.”

Image for this story by UMDNJ School of Nursing (CC BY-NC 2.0) via Flickr.