Insurance Spat Leads to Less Rx Coverage for Some

The health reform act will require coverage of all drugs beginning in 2014, but Washington's insurance commissioner and the state's largest insurance companies are facing off over a move to eliminate drug coverage entirely under one plan.
By:
Harris Meyer 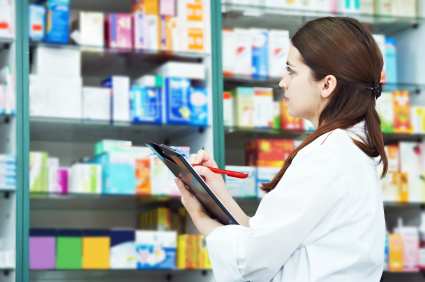 July 3, 2012 A fight between the Washington state insurance commissioner and the state’s largest seller of individual health insurance is spotlighting problems in that increasingly troubled market. The spat arose over insurers’ efforts to curb soaring premiums by restricting or eliminating prescription drug benefits.

Experts say they haven’t yet seen similar moves by insurers in other states to axe drug coverage from policies sold in the individual market. But some predict expensive drug benefits will offer an inviting target.

Since 2009, Premera Blue Cross’s LifeWise unit has sold a high-deductible plan called Wise Essentials Rx, the only catastrophic-type plan in the state offering drug coverage. Its enrollment quickly zoomed to 45,000. But that plan and Lifewise’s standard plan covered only generic, not brand-name, prescriptions.

Earlier this year, Premera’s two main rivals, Regence BlueShield and Group Health Cooperative, filed requests to switch their standard plans for individuals from full to generic-only drug coverage. Group Health said it doesn’t favor a generic-only benefit but feared its plan otherwise would get swamped with sicker enrollees who couldn’t get brand-name drugs in other plans. All three insurers have reported losing money in the individual market.

Those requests prompted Insurance Commissioner Mike Kreidler to issue an emergency rule in February barring generic-only coverage. He said patients with multiple sclerosis, some types of cancer, AIDS, rheumatoid arthritis and certain forms of mental illness can’t necessarily be treated effectively with generics. The insurers’ moves, he warned, would leave most Washingtonians in the individual market without adequate drug coverage.

In response to Kreidler’s rule, Regence and Group Health withdrew their bids to switch to generic-only coverage.

Premera reacted differently. In April, it told LifeWise members that it planned to eliminate all drug coverage in the catastrophic plan, effective Aug. 1.

Kreidler spokeswoman Stephanie Marquis said Premera’s elimination of drug benefits was part of its effort to “get rid of high-cost patients.”

But Premera spokesman Eric Earling denied that. He explained that adding full drug coverage to the LifeWise catastrophic plan would hike monthly premiums by hundreds of dollars, making it unaffordable for many. Adding brand-name coverage to the standard LifeWise plan will boost premiums by 7.2 percent. “Customers are very price sensitive, and the catastrophic plan hits a good sweet spot,” he said.

After Aug. 1, Earling said, Lifewise catastrophic plan members who get sick and need drug coverage can apply for a standard Lifewise plan with drug coverage. If they don’t pass the medical screening, they can seek coverage in the state high-risk pool, though that has very high
premiums.

Some Lifewise members have complained about Kreidler’s rule, saying they were happy to have a relatively affordable plan with at least some drug coverage. “The last thing anyone in state government should do is limit access to health care and consumer choice,” Republican State
Sen. Linda Evans Parlette, a pharmacist, recently wrote.

But others supported the commissioner’s move. Patrick Nelson, a LifeWise member and insurance agent who received notice LifeWise was terminating drug coverage after he was diagnosed with metastatic lung cancer, told the Seattle Times that Kreidler was “just trying to referee some fairness” into health insurance.

Starting in 2014 when the federal Affordable Care Act takes full effect, all health plans will have to provide full drug benefits including brand-name products.

Harris Meyer is a journalist based in Yakima, Wash., and winner of the Gerald Loeb Award. You can reach him in care of [email protected].

nbenton, In the future, could

nbenton, In the future, could you please post links or source articles? I'm very familiar with the growth of healthcare costs as a percentage of GDP, but I have been unable to locate specific information regarding the percent of GDP that is attributed to pharmaceuticals. I would be very interested in seeing this information. However, even without this, I can comfortably say that while it is true that the price of many services are increasing, it is not necessarily true that the cost of each service must be lowered in order to achieve the best outcome for society. Many of these higher costs are the result systemic pressures, such as greater regulatory requirements which make drugs safer, or alternatively lawsuits for those drugs which were not appropriately vetted during clinical trials (see the suit against Pfizer for misrepresenting the cardiovascular risks associated with Celebrex). Additionally it is not accurate to claim that brand name drugs drive up the cost of health care in the long term, only the short term. While brand name drugs are certainly more expensive than generics and can bring a hefty premium to treatment of a condition, all patents ultimately expire (the patent life of US pharmaceuticals is 20 years, but R&D time usually limits the marketable time to less than 12 years), allowing generics to be produced in the long term. Unfortunately this problem we face is not simple. If the only tool we have is a hammer (i.e. a "cost hammer" for driving down the price), everything begins to look like a nail. However, some portion of health reform must come through delivering healthcare more effectively (and therefore reducing the amount consumed), rather than delivering more services for less cost. -Christopher Boyd, MPA

nBenton, Thank you very much

nBenton, Thank you very much for the link. I found this excerpt about prescription drugs particularly interesting: "Although only 10% of total health expenditures, spending on prescription drugs has received considerable attention because of its rapid growth (114% from 2000 to 2010)" This is a rather alarming number. I entirely agree that we need to prioritize our health spending; basic care is far more important than many of the conditions that new pharmaceuticals are treating (serious though they may be), but sadly basic and preventative care is not very profitable for most health providers and therefore gets rather neglected by the market. Also you make an excellent point with your example of an elderly patient. The elderly part is crucial, as this hypothetical person would be a Medicare patient and therefore part of a system which responds largely to political demands rather than on a purely cost-benefit basis. This creates pressure to use any therapy available regardless of cost, and those excess costs are then passed along to the private market when Medicare lowers its reimbursement rates and providers have to raise their prices for the private market in turn. Thanks again for the article. Very good reading. -Christopher Boyd, MPA

What is most interesting

What is most interesting about this issue is the lack of focus on the carriers relationship with it's current PBM through which the cost of prescriptions is established. The amount charged to the member versus what is paid to the pharmacy is quite substantial - especially within generic drugs. Pharmacy benefit managers (PBMs) are contractors hired by health plans to administer health plan pharmacy benefits, and PBMs that practice spread pricing, charge plan sponsors (employers) more for prescription drugs than what’s actually paid to the pharmacy. Spread pricing is largely unknown to employers and those who pay health bills. The practice is occasionally understood by some participants in the health system (health plans, brokers), but often not acted upon due to relationships. Spread pricing has a significant impact on health plan costs. For example, when a PBM pays a pharmacy a minor amount (say $6) for a prescription, but charges the employer and patient a much higher price (say $30). This higher amount is reflected in both the co-pay and the billing to the employer. Clearly, this has an impact on the cost of a claims and directly impacts the premiums of fully insured programs through experience. Health plans providing fully insured coverage, where spread pricing is occurring, either do not know about spread pricing or know about it and share in the revenue. This revenue sharing often amounts to a per prescription fee paid to the health plan by the PBM. This arrangement occurs in both self-funded and fully insured situations. Regardless of the setting, spread pricing increases the cost of prescription claims above the actual cost paid to the pharmacy. Spread pricing results in higher consumer costs. It is not unusual for generic prescription charges to be $30-$50 above the actual claim cost. But more important, may be the affect on compliance and cost of care because patients can't afford the cost of their medications.

Prescriptions may be issued

Prescriptions may be issued for drugs specifying only the chemical name, rather than a manufacturer's name; such a prescription can be filled with a drug of any brand meeting the specification. Prescription companies only hold the patent to a drug for so long and when it expires, a generic variant could be made. Generic narcotics cost much less than brand names despite doing the same task and over the years, according to a recent study, More than one trillion dollars saved thanks to generic drugs.